The house Asantehene, Agyeman Prempeh I, lived in for 24 years in Seychelles.
Advertisement

How the first software developed.

Nothing might have prepared the Asantehene, Prempeh I, for what was to befall him before he surrendered his kingdom in the late 1890s as he would come to experience.

During this era, which was predominantly characterized by colonialism, the British did everything possible to command the full power and attention of the people it was colonizing, and one of such ways was to take control of local leadership.

In 1896 the British arrested and deported the Asantehene, Agyeman Prempeh I, in their efforts to colonize the Asante kingdom. 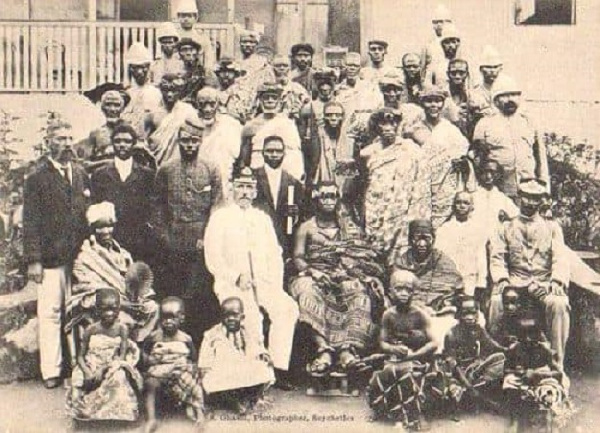 Following this, and for a brief time, the Asantehene was exiled to Elmina, and then subsequently to Sierra Leone, before he finally settled in Seychelles.

It must be noted that he however returned to Ghana in 1924, but only under the official designation of a “private citizen.”

Two years later, Agyeman Prempeh was re-enstooled as “Kumasihene,” – only a king over the Kumasi, rather than of all of the Asante kingdom, a status he retained until he died in 1931.

In a new development, a photo of the residence in which Prempeh spent his 24 years in Seychelles has emerged.

Shared via Twitter by Charles Owiredu, the High Commissioner of Ghana to South Africa with concurrent accreditation to Eswatini, Lesotho, Mauritius and Seychelles, it shows the white building that housed the former Asantehene.

He added that the government will do all that is possible to ensure that the monument is kept in the memory of the Asantehene, as well as to preserve the rich heritage it conveys.