Woman severely beaten by husband for starting a business without his concern - (Video).

Little boy molested and accused of being responsible for his mother's death during childbirth by stepmom.

My police boyfriend used his gun to shoot my mouth when I visited him – Lady cries out.

Man, 69 arrested for sleeping with daughter, 17 at Ho.

Woman beats up her boss with a mop stick for sending her inappropriate sexual texts (video).

Man allegedly pours hot water on step-daughter for disrespecting him at Ahansonyewodea.

After He Gave Her A Heavy Blow That Removed Her Front Teeth, Lady Still Asks Court to Release Abusive Husband.

43-year-old man arrested after his 9-year-old daughter recounted how he raped her (video).

"He ordered me to undress and I refused" - 16-year-old student narrates how a man cut off her hand with machete for resisting rape attempt.

A viral video shows the moment a white man harassed a black man taking a walk in his own neighbourhood and asked him to walk out of the neighbourhood because ”he doesn’t belong there.”

He’s being accused of being a racist and viewers have reported him to his boss. 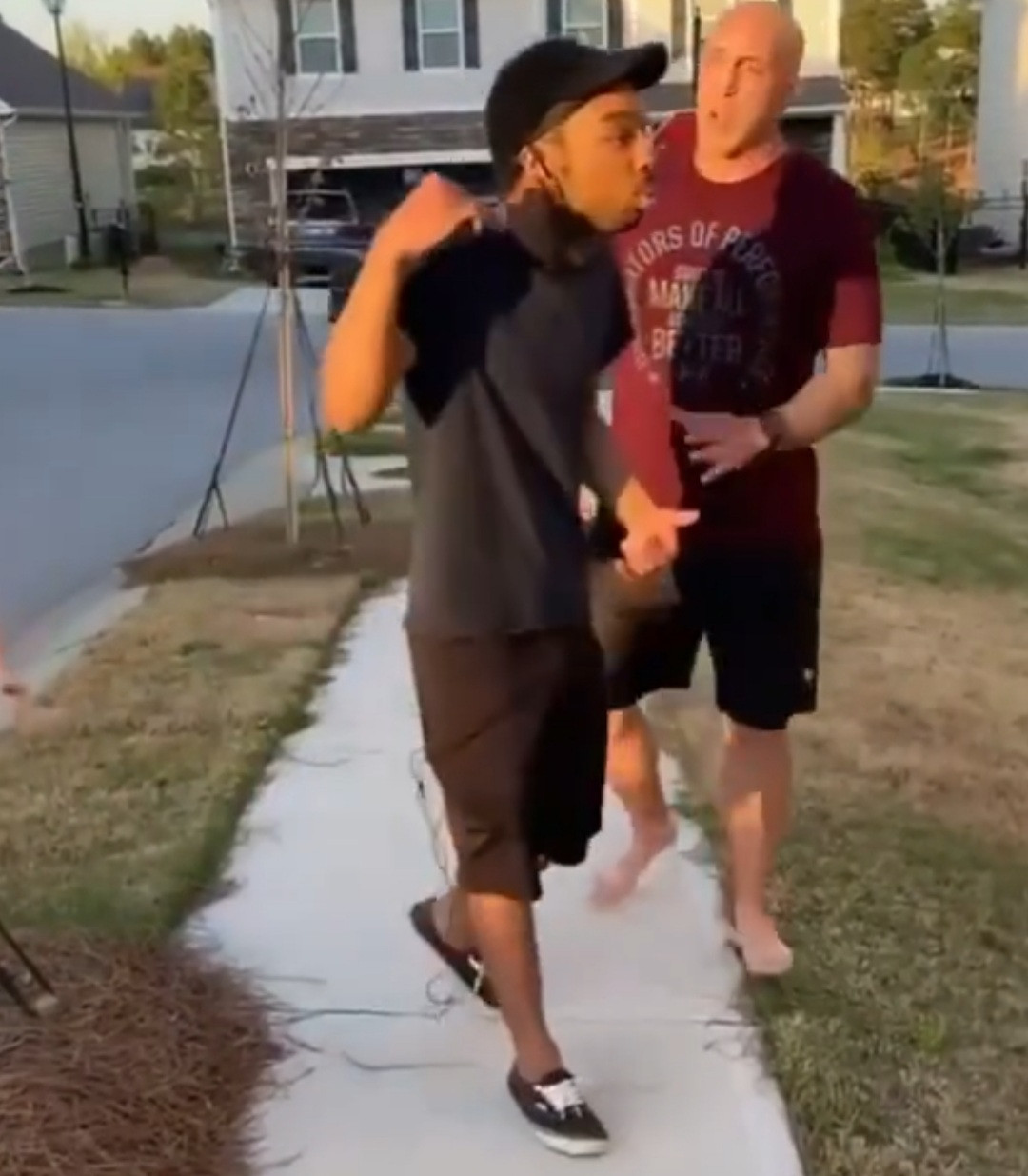 In the video, Jonathan and his family are seen harassing and threatening a young black man, named Deandre, who explained he was just taking a walk in the neighbourhood in Columbia, South Carolina.

Jonathan asked the man to walk out of the neighbourhood and hinted at violence if he doesn’t.

P?ntland can b? heard in th? vid?o saying “What is it that you’re doing here?”

He added: “You can walk away or i’ll carry you out of here.” 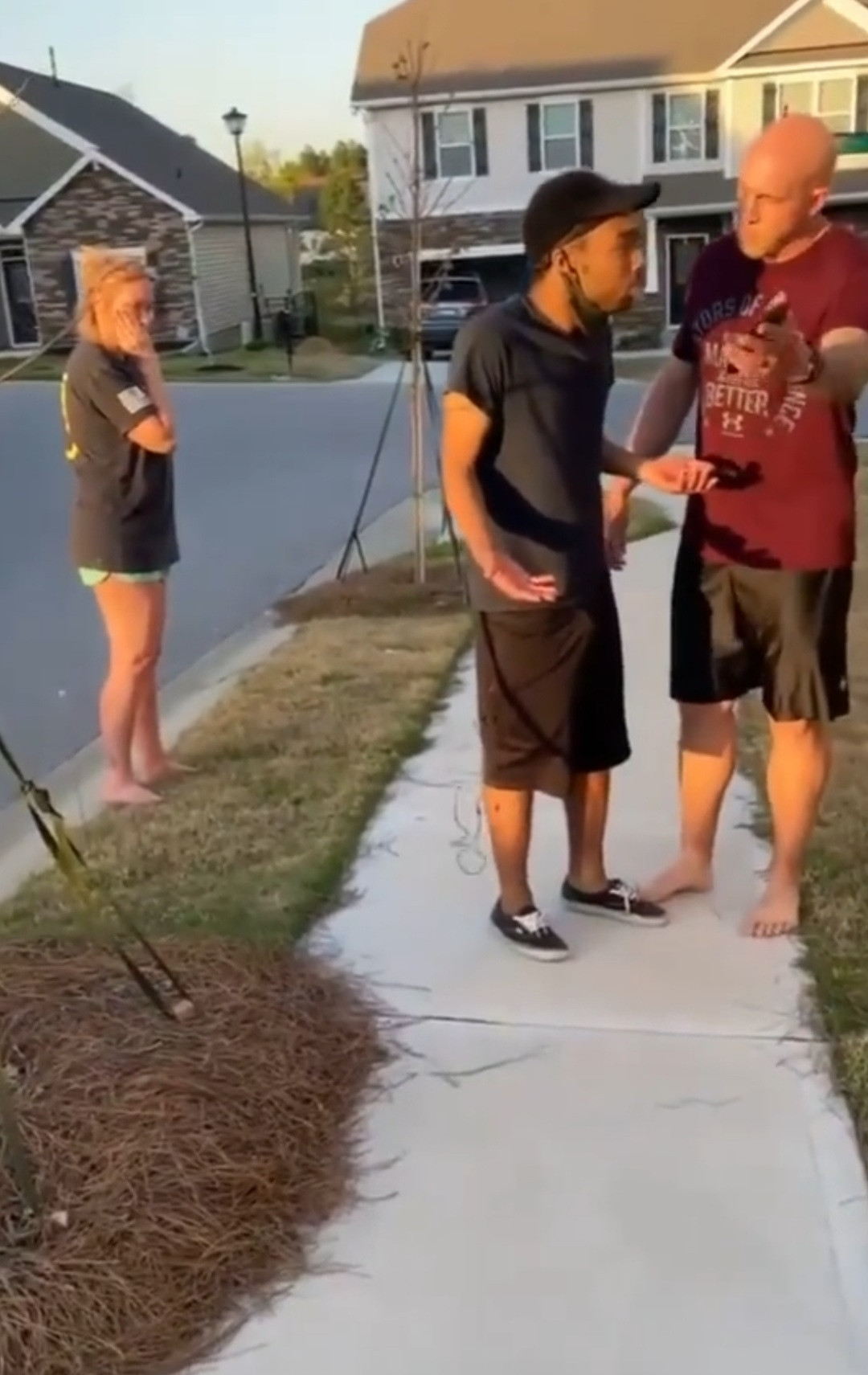 The black man explained that he lives in the neighbourhood but Jonathan and his family didn’t believe him and Jonathan told him, “You’re in the wrong neighbourhood, motherf**ker.”

At some point during the encounter, Dendre tells the family to call the police and Jonathan’s wife, Cassie Pentland, tells him the police have already been called. 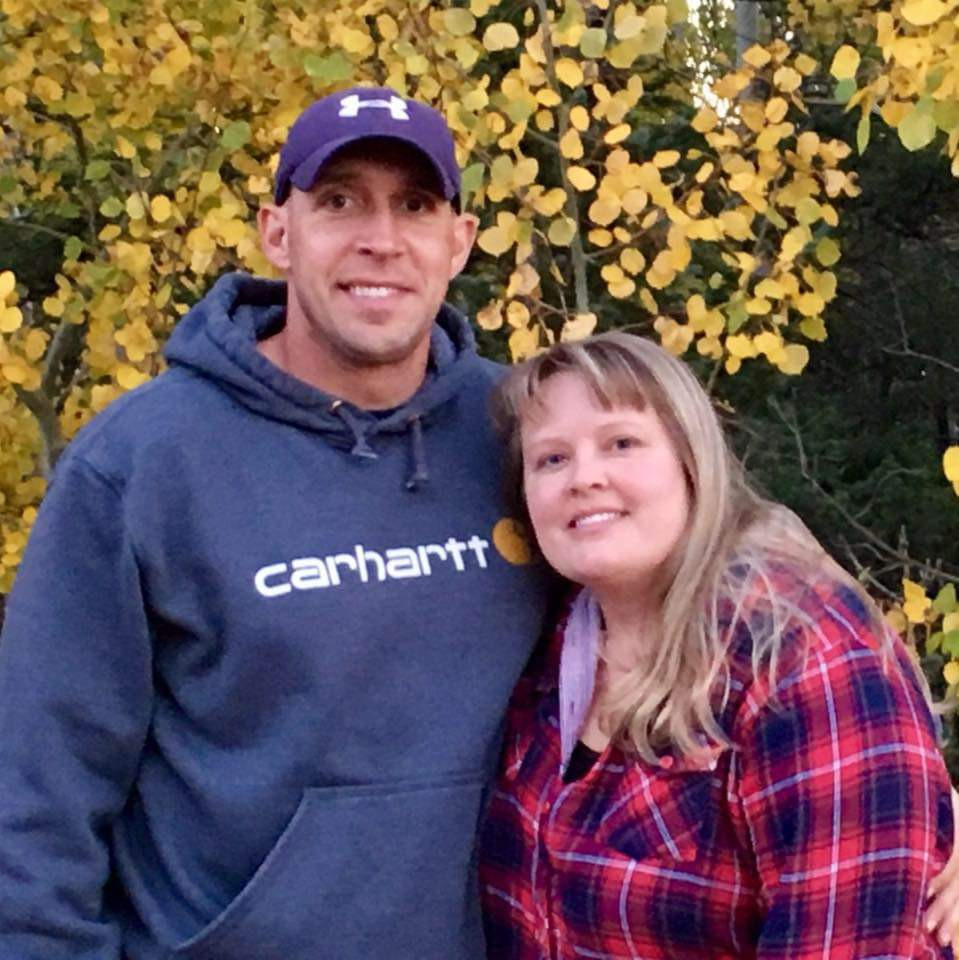 Jonathan claims in the video that he knows everyone in the community since he has been living there for a long time and has never seen Deandre’s face. But public record shows he only bought the house 10 months ago.

Johnson said the incident occurred on a public sidewalk in Columbia’s Summit area.

General Milford responded: “This is by no means condoned by any service member. We will get to the bottom of this ASAP.” 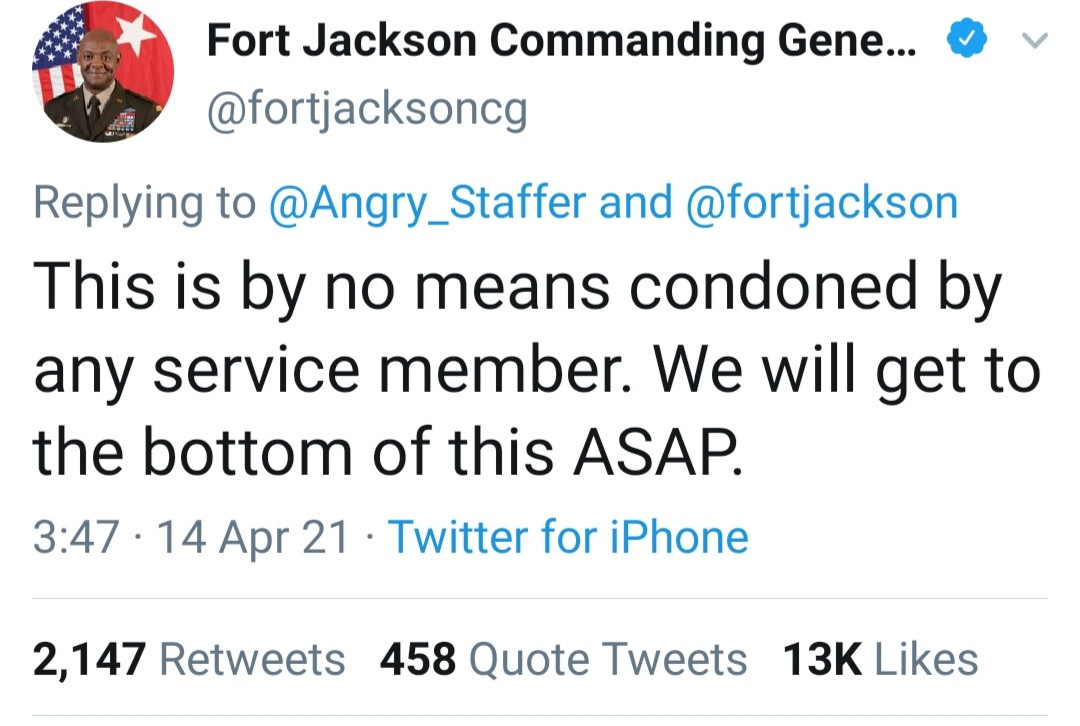 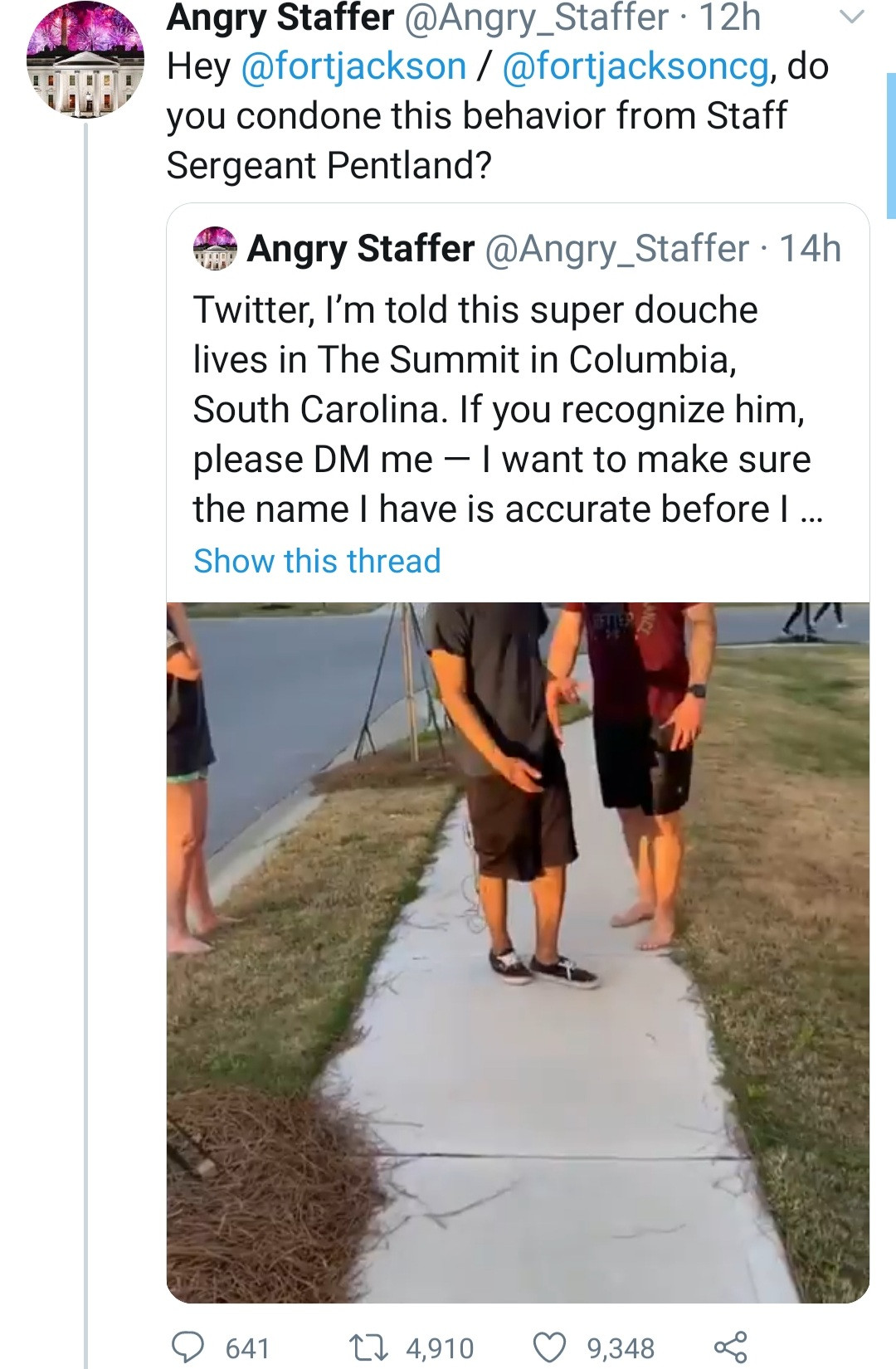 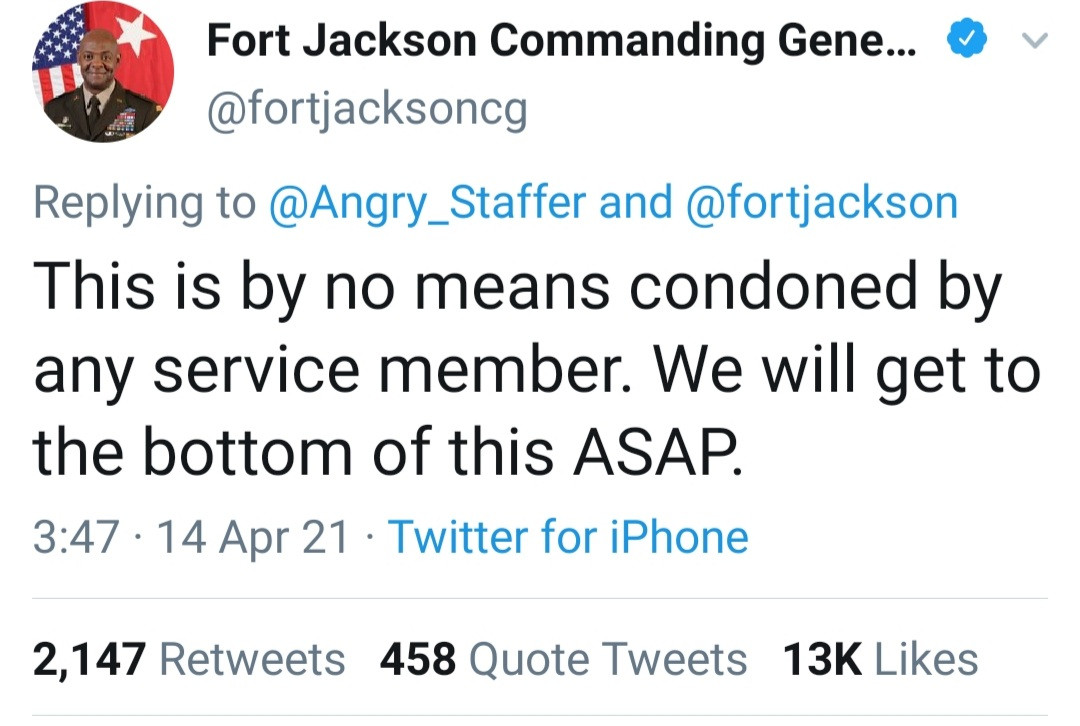 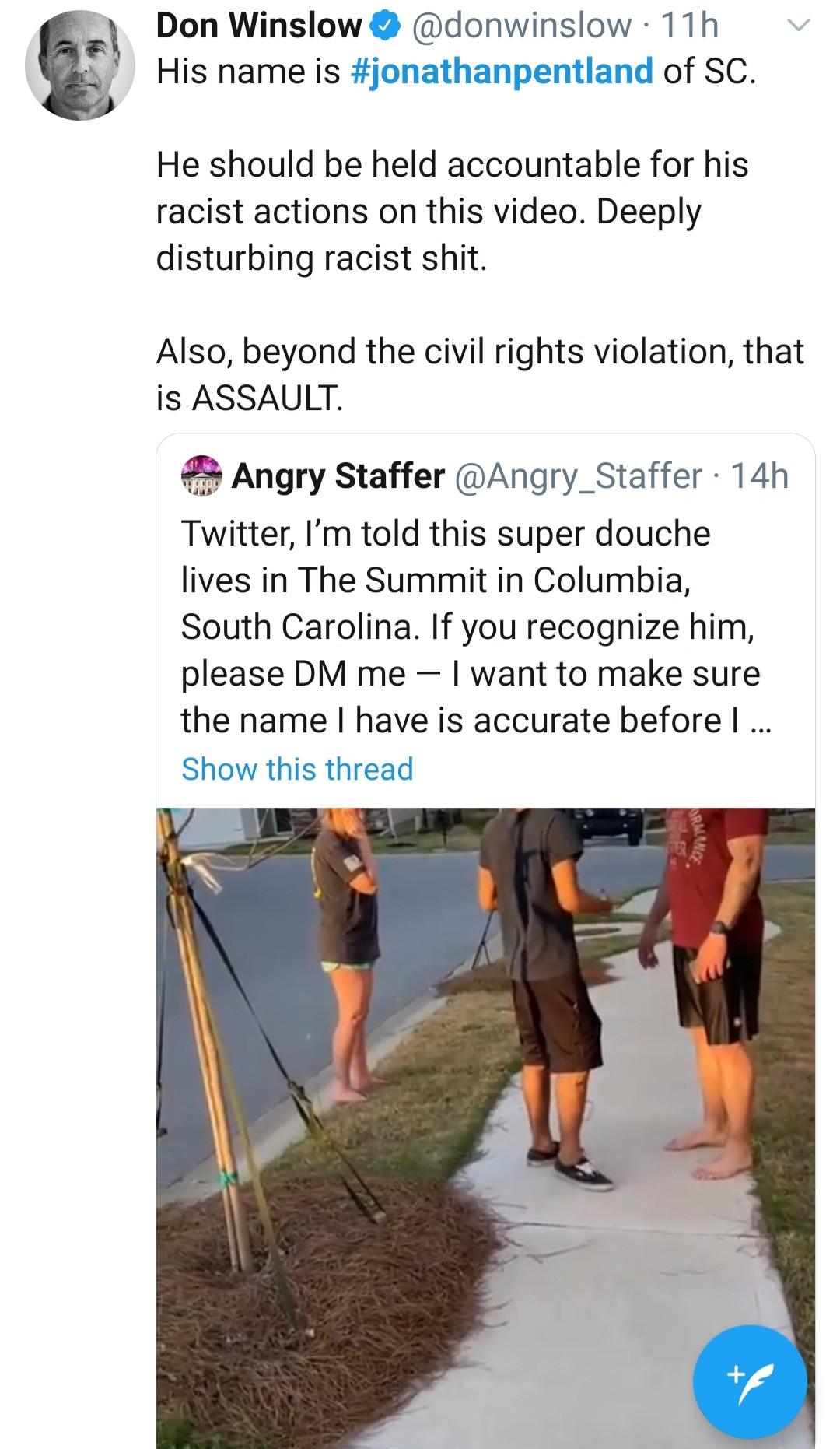 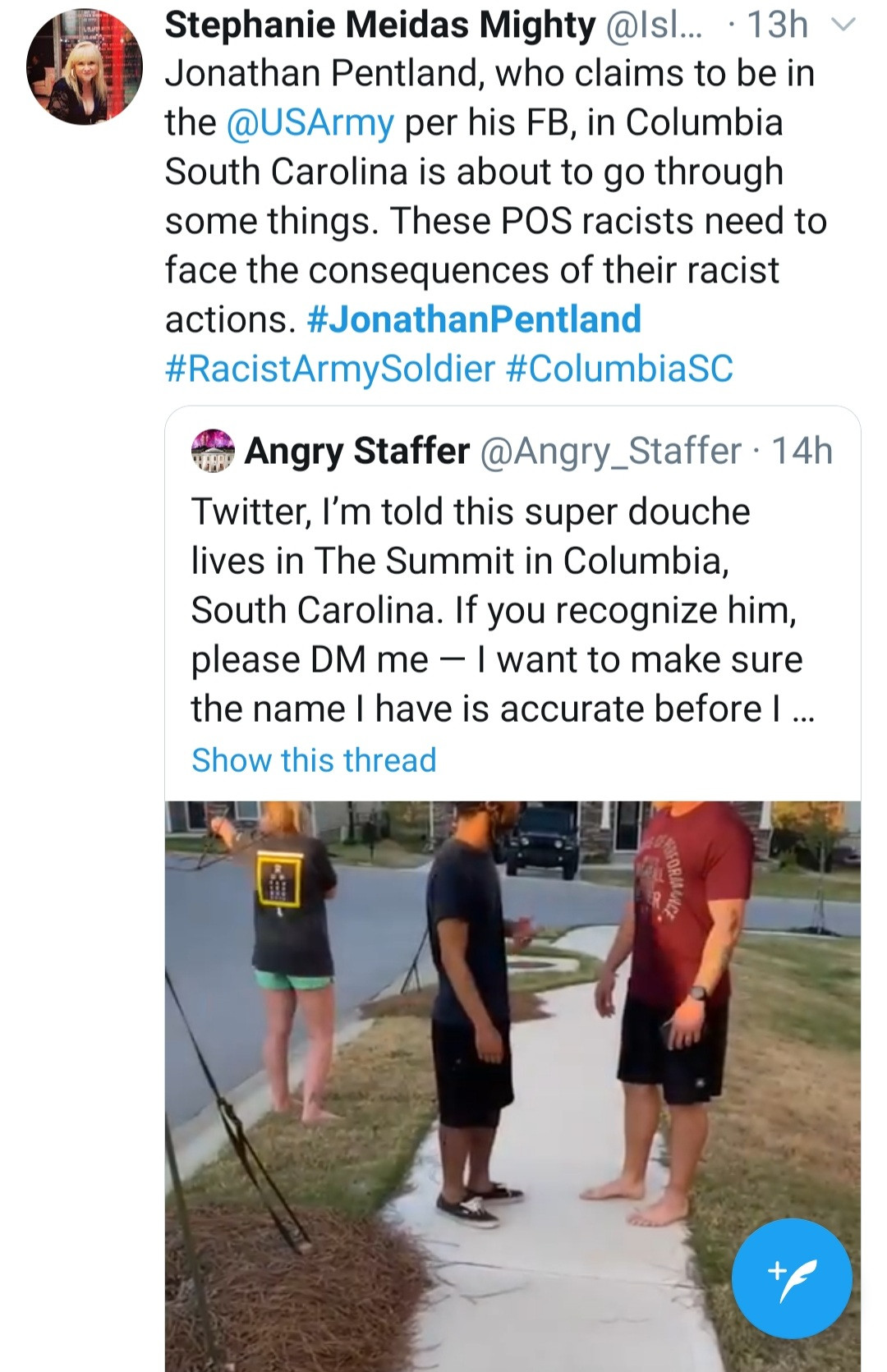 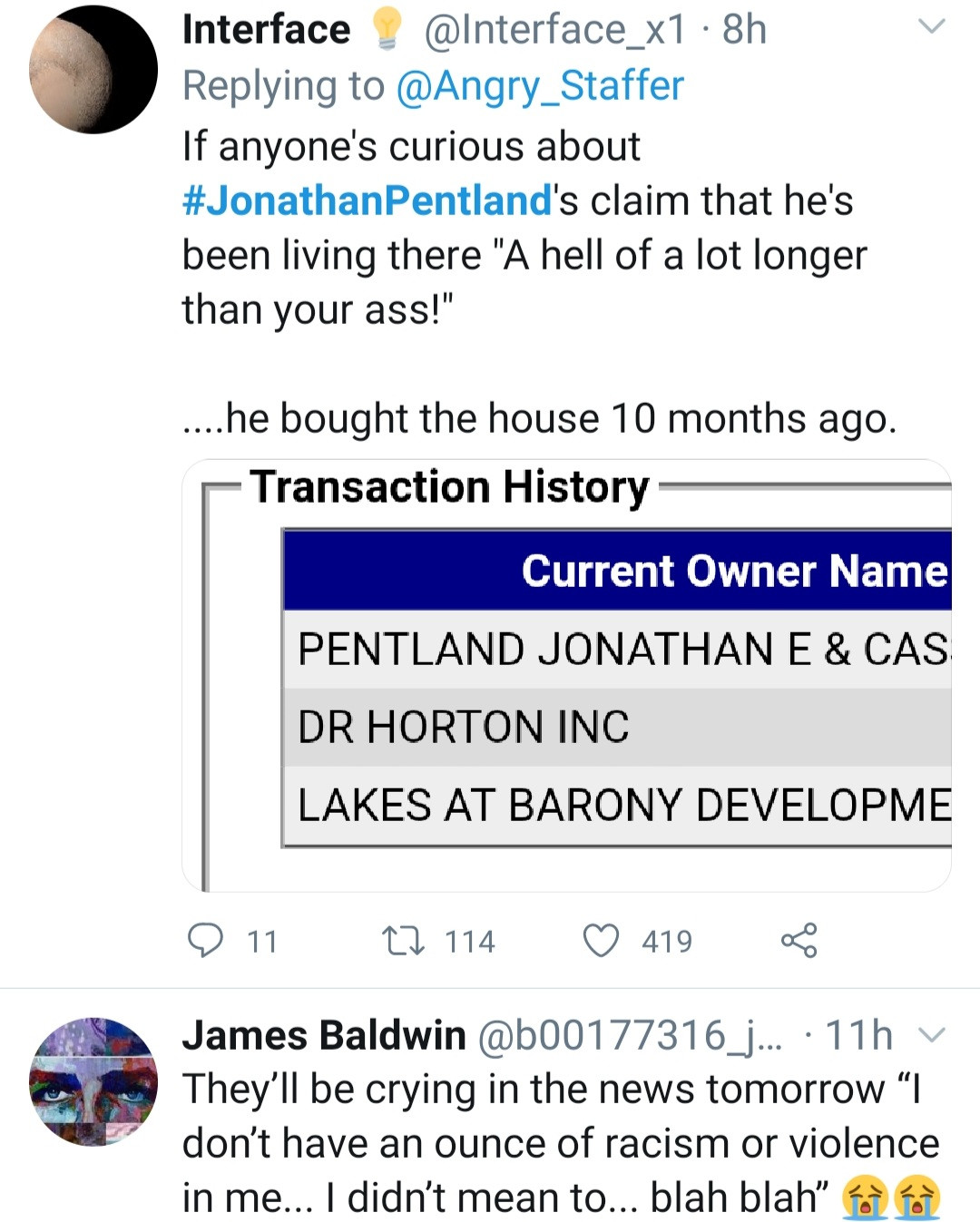 Man allegedly pours hot water on step-daughter for disrespecting him at Ahansonyewodea.