IMANI, in its IMANIFESTO, gave government 72% percent for the fulfilment of its 2016 manifesto promises.

The government, however, rated itself 78 percent in a presentation by the Vice President during a town hall meeting in Kumasi on Tuesday.

He noted that “when you do that, you pay attention to the fact that issues under governance and economy are critical.”

As an example, the Organisation for Economic Co-operation and Development [OECD] also prioritises the governance and economic indicators in assessing development.

“They [OECD] tell you that in assessing government, the economy and government are virtually the most important, which is why even in [the Ease of Doing Business Reports], the indices that are most notable are the ones that relate to the economy.” 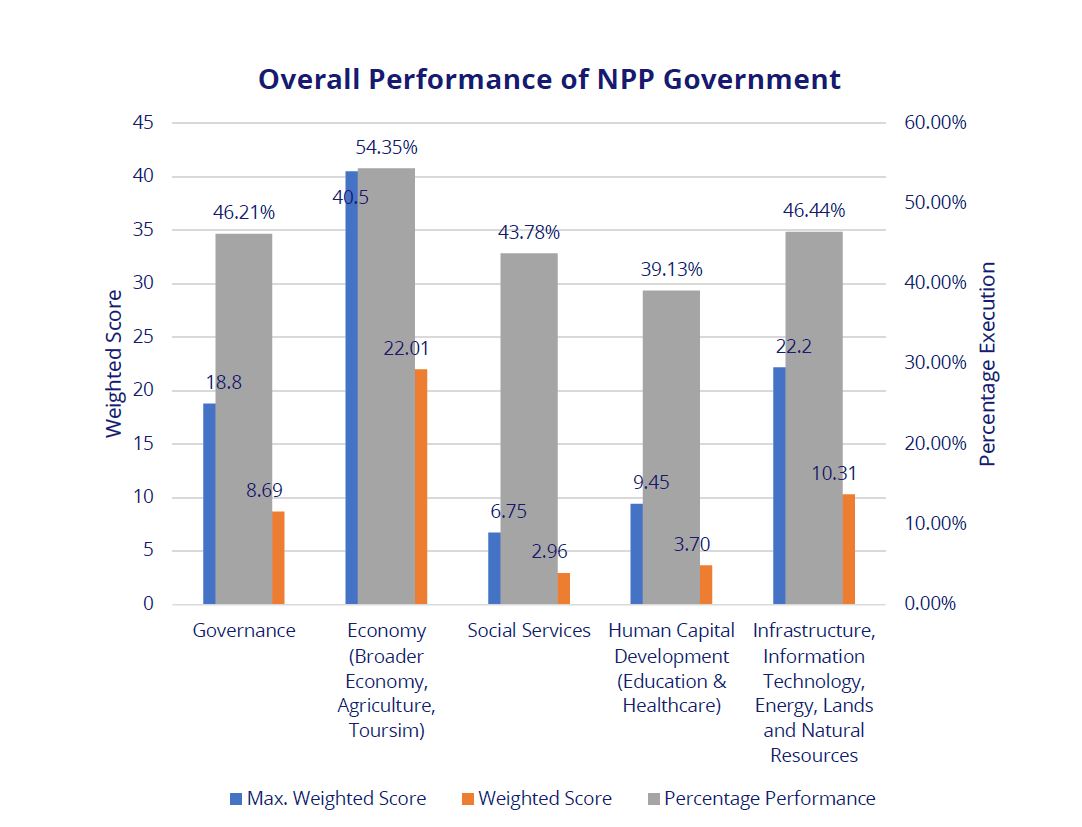 The government said it had delivered 114 of its promises and was in the process of delivering 189 others from its 2016 manifesto.

Mr. Cudjoe said this IMANI took into account even “minute” promises by the state and his outfit “did a much thorough job.”

IMANI also scored the government 54.35 percent in the delivery of its commitments on the economy, 46.21 percent on governance, 46.44 percent on infrastructure and 39.13 percent and 43.78 percent on human capital development and social services respectively.

The full report can be viewed here

adubiaadwoa - January 11, 2020 0
Remember the old lady who went viral after dancing to Fireboy’s song Vibration? Yes, that old lady has passed away. Reports suggest that the 92-year-old...

The dancing bridge that repelled returns in the Year of Return

The Inspiring Story of ZEENAT ZITA of Tec Konsult…who plans to...

How to Know If Someone Loves You Deeply Even If They...

“I Called A Family Meeting After Sarkodie Responded To My Text”...

ABOUT US
ABOUT US Adwoa Adubia Effa-Frimpong is a broadcast journalist and blogger. She studied Development Communication (Master of Arts) at Ghana Institute of Journalism. She holds a Degree in Public Relations and Advertising from the same institution. She did her National Service as a Teaching after a Diploma in Communications Studies.
Contact us: info@adwoaadubianews.com
FOLLOW US
© Copyright 2020 Adwoaadubianews. All rights reserved