The family of 60-year-old Thomas Agbetorglo is appealing to the general public to help with information on his whereabouts.

According to his niece, Patience Otu, he was last seen on Tuesday, March 16, 2021, at Teiman Borga Town in Oyarifa in the Greater Accra Region.

Patience said Mr Agbetorglo developed a heart problem in January which has resulted in difficulty in breathing.

She said as at March, he was recovering and usually walked around the neighborhood with assistance.

But on March 16, he went on his usual walk and has since not be seen. 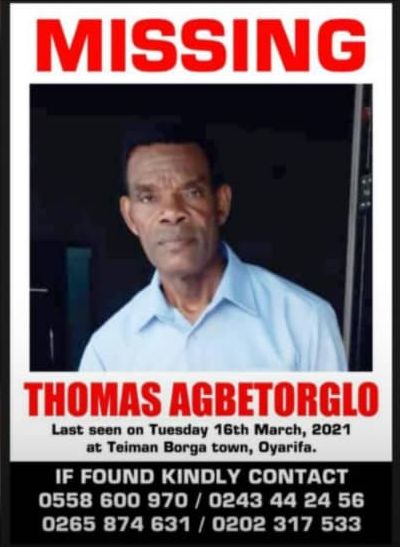 ‘Mummy, I will be back soon’ were my son’s last words – Mother of road accident victim recalls.