Video Of A Sakawa Man Crying & Shouting ‘ I No Dey Enjoy My Money’ Goes Viral.

These Achievements Of Osagyefo Dr. Kwame Nkrumah Worth Celebrating Him As A Hero.

Juju, Magic and Witchcraft in African Soccer: Myth or Reality?

Video: See The Crazy Thing These Slay Queens Did At Their Colleagues Funeral.

Teacher canes student to death for getting maths question wrong

Mandatory wearing of nose masks in Ghana extended by 3 months

Thousands of people have had to flee their homes in areas near San Francisco after several quick-moving wildfires swept into the region.

California Governor Gavin Newsom has declared a state of emergency as authorities battle hundreds of fires burning around the state.

Most at risk is the city of Vacaville, home to about 100,000, which lies between San Francisco and Sacramento.

According to fire officials, 50 structures have burned down in Vacaville, with another 50 damaged by the fire.

The blaze is thought to have been sparked by lightning and a heatwave on the US West Coast. Earlier this week, one of the highest ever temperatures on Earth was recorded in California’s Death Valley.

Across the US western states on Wednesday, nearly 45 million people were living in areas under some form of excessive heat warning or heat advisory.

The group of fires in the San Francisco Bay Area, which is being called the LNU Lightning Complex, was driven by winds throughout Tuesday night and has now grown to 46,000 uncontained acres.

The fire, which is larger than city of Washington DC, has injured four people and threatens about 2,000 buildings in Vacaville, authorities say. 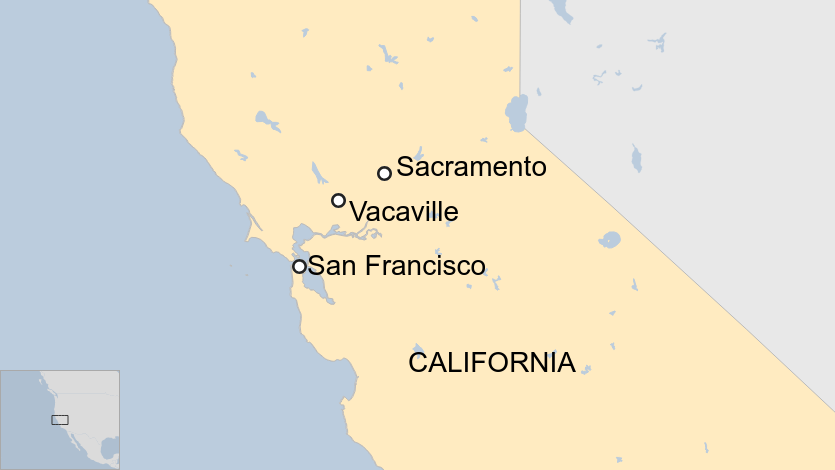 Fires are also burning in the southern part of the state, where officials described “extreme fire conditions” amid the heatwave.

Meanwhile, the state’s energy provider has pleaded with residents to use less electricity or otherwise face blackouts that would leave millions of people without power for hours at a time.

So far this year the US has experienced fewer wildfires than in 2019. According to Reuters news agency, around 1.4m fewer acres have burned this year, but the pace is expected to accelerate in the next month as Santa Ana winds reach the south and El Diablo winds strike in the north.

Tracey Names The Big Men She Has Slept With.