How Much Money Do The Betting Companies Make In A Year From Their Customers?
Advertisement

The top five betting companies in the United Kingdom are William Hill, Bet365, 888 Holdings, Flutter Stars Group, which owns the likes of Paddy Power and Betfair, and Entain PLC (formerly GVC Holdings), which is the company behind Ladbrokes, Coral, Gala and so on. Between them they absolutely dominate the betting industry, taking the largest share of profits each year.

With the gambling industry being worth in excess of £14 billion a year, even a small slice of that pie is a decent chunk of money. The revenue that each company takes differs, with Bet365 earning £2.981 billion in 2019, compared to William Hill’s £1.6 billion, the £3.6 billion of Entain plc, £560 million for 888 Holdings and £2.14 billion for Flutter Entertainment.

Why The Big Difference In Revenue?

The various betting companies have certain specialities as well as different brackets of business interest. It makes complete sense for Entain PLC to be the largest earner of the group, for example, given that it is the parent company of some of the industry’s best known names; the revenue for Ladbrokes and Coral alone would be impressive enough.

The idea of competition within the betting industry is a somewhat misleading one, given the manner in which so many companies are actually grouped together under the same umbrella company. Companies will agree to mergers because it sees their value go up, such as when Paddy Power and Betfair merged to create the country’s third largest betting brand.

When they then merged again with The Stars Group, who owned the likes of PokerStars and Sky Betting & Games, the combined company became the largest in the world when it came to market share and revenue. On the face of it each of these companies isn’t huge, but put them together and they most certain are noteworthy.

Entain Plc have a decent income courtesy of the bookmakers that they own, but don’t forget that they also own bingo companies like Foxy Bingo and Gala Bingo. On top of that they own companies that we might not know that well in the UK but that are huge in Europe, such as bwin. With such a diverse portfolio, it’s no surprise that they have such a high revenue.

Comparing that with 888 Holdings, which is one of the youngest brands on the list in terms of history that can be traced, and you can see how the revenues can vary so wildly. It is part of Cassava Enterprises, which has a complicated corporate structure that 888 is the betting arm of. Whilst it is growing, courtesy of its various brands, it’s still the smallest on the list.

On top of that, of course, is the fact that different years will see different events taking place that people will want to bet on. Football is the most popular sport to bet on in the United Kingdom, with more than 50% of all bets placed being on the sport. A year that features a World Cup or European Championship will naturally lead to more revenue than one that doesn’t.

How Mergers Have Changed The Industry 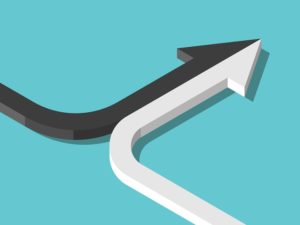 The interesting thing about the current top 5 betting companies is that it can change relatively rapidly. The big companies are always looking to strengthen their portfolios, with the easiest way of doing this being to buy up smaller companies that offer something they don’t already have. The various niches that can be occupied by a new company are getting fewer and fewer.

The lack of niche areas means that competition get smaller, of course, which is something that the  Competition and Markets Authority has to keep a constant eye on. Its responsibility is to keep an eye on the market to ensure that there is plenty of competition within it, which is generally designed to benefit the consumer by stopping one company setting prices for things.

In the past mergers have either been stopped by the CMA or else something has had to happen in order to allow the merger to go ahead. In 2016, as an example, the body said that Ladbrokes and Coral would have to sell as many as 400 of their shops if they were hoping to get their merger to go through. This was due to a ‘substantial loss of competition’ in 659 areas by the merger.

Let’s have a look at each of the top 5 countries in terms of the revenue that they managed in the year 2019:

One of the United Kingdom’s biggest betting companies is Bet365, which specialises in sports betting. That’s not to say that they don’t have a diverse portfolio, of course, with live casino games, slots, bingo and more available through their website. In 2019 they managed revenue of £2.98 billion, which was up from the £2.72 billion the year before.

Another big company in the world of British bookmaking is William Hill. They have a global reach that sees shops located in many European countries as well as the United States of America and Australia. Their net revenue for 2019 was £1.6 billion, which is impressive when you consider that they don’t have the same sort of diverse portfolio as other companies.

The newly formed group only merged in May of 2020, so they didn’t actually have a combined revenue to report in 2019. Flutter Entertainment did, though, and their revenue was £2.14 billion. That was from the company’s combined revenue and was a 14% increase on the year before.

The parent company of Ladbrokes, Coral, Bwin, Party Poker and more, it was founded in Luxembourg in 2004 and has gone on to become one of the biggest betting companies in the world. Their Net Gaming Revenue, or NGR, for 2019 was £3.6 billion, which is the biggest on the list be some distance.

The last name on the list is 888 Holdings, which might be the smallest but is far from the least interesting. They saw a 5.7% increase in revenue in 2019, which wasn’t enough to offset the money dropped in gaming taxes and revenue, but was still impressive enough. That amounted to around £560 million in revenue, which is why they’re on the list.

10 dark secrets the gambling industry doesn’t want you to know.