Migrant smuggler drops a Ghanaian child, 2, from top of 18-foot-high US-Mexico border wall into the arms of his father waiting on the other side of the wall (video).
Advertisement

A smuggler helping illegal immigrants cross into the United States from Mexico was seen dropping a two-year-old Ghanaian child from atop an 18ft wall into the arms of the father who was waiting.

The video footage, taken by the US Border Patrol, shows a group of people climbing over the wall along the boundary near Imperial Beach, California, just outside of San Diego, after midnight on Sunday, April 11. 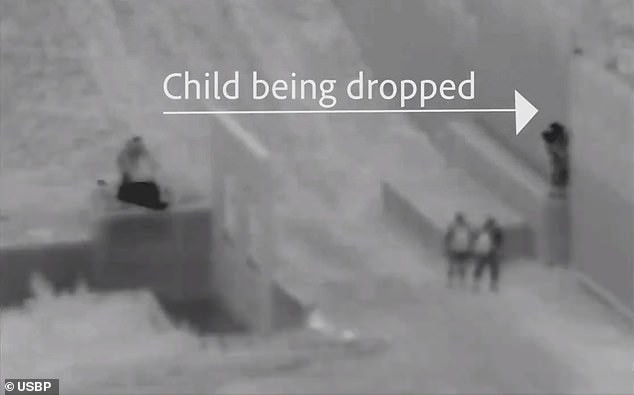 Surveillance footage shows several individuals scaling the wall. At one point, a two-year-old child was dangled from the top of the wall before he was dropped into the arms of the father below.

There were no injuries. 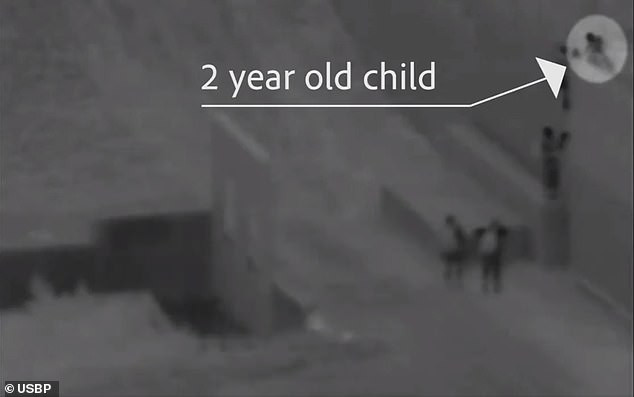 A short time later, Border Patrol agents arrested the group. The agency did not specify how many people were involved.

Man In Towel Stranded On The Street After Side Chick Runs Away With His Belongings Including His Clothes.