Man arrested for killing his lover and raping her corpse.

BOST to pay about ¢10m as judgement debt.

Information Minister, Kojo Oppong Nkrumah has visited the two journalists who were allegedly assaulted by staff of the National Security.

He paid the visit on Friday, May 14, 2021, to commiserate with the victims and assure them of further investigations on the matter.

“As a colleague and as a Minister for the sector, I came by this morning to pay you a visit and also to express to you the worry with which we receive the account on what transpired at the National Security. We were worried because it does not reflect how the staff of a security agency should treat anybody, be the person a citizen, let alone a journalist.

“If that person is under investigation, assisting an investigation or being suspected as haven did something untoward like in this case the suspicion of going contrary to the rules there, it still will not warrant that particular conduct as reported.

However, addressing the management of the Accra based media house, the Minister called for patience on the matter and assured of further investigations.

Beyond that, the Minister urged the management of the media house to take advantage of the newly established office of the Coordinated Mechanism for the Safety of Journalists for further investigations on the matter.

Management used the opportunity to thank him for the show of support. 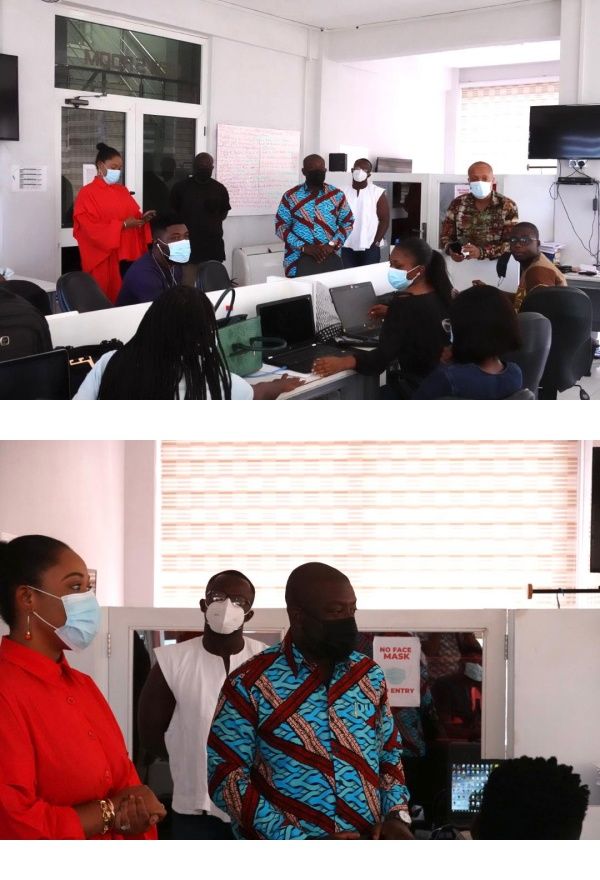 “What seemed impossible, my God did it twice” Differently-abled woman in wheelchair says as she announces her wedding – (Photos).

Politician arrested at airport while smuggling cocaine in slippers – (Photos).