Christian Eriksen spotted out with his family after hospital release following cardiac arrest at EURO 2020 (photos).

Tokyo Olympics: Simon Biles holds back tears as she pulls out of gymnastics final (photos).

Real Madrid captain, Sergio Ramos has revealed he has picked up a calf injury whilst on international duty with Spain and looks set to miss the Champions League quarter-final against Liverpool and El Clasico clash with Barcelona.

The 35-year-old defender featured for Spain against Kosovo on Wednesday, March 31, but in an emotional Instagram post on Thursday, Ramos disclosed he had picked up a problem in his left calf.

Reports coming out of Spain indicate Ramos will be out for a month, meaning he won’t be available for Champions League quarter-final against Liverpool, with the first-leg taking place next week. He will also miss El Clasico against Barcelona at the Estadio Alfredo Di Stefano on April 10.

Ramos began: ‘The truth is that I have been a pretty tough few weeks. An intervention is always a sporting and emotional break.

‘Luckily, for a few days now I have been feeling better, but in football as in life, bad luck also plays a role.

‘Yesterday, after the game, I was training on the pitch and I noticed a puncture in my left calf. Today I have been tested and it has been confirmed that I have a muscle injury.

‘If there is something that hurts me, it is not being able to help the team in these highly demanding matches in which we play the season and also not being able to return the love and energy that you transmit to me on the pitch.

‘I can’t do anything but speak frankly, work hard and cheer on the team with my soul.’ 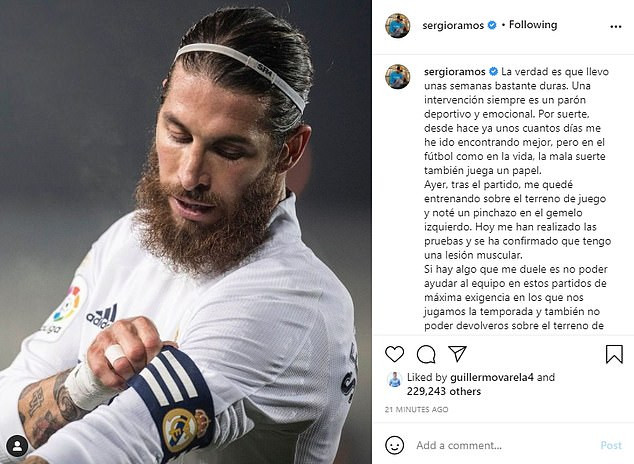 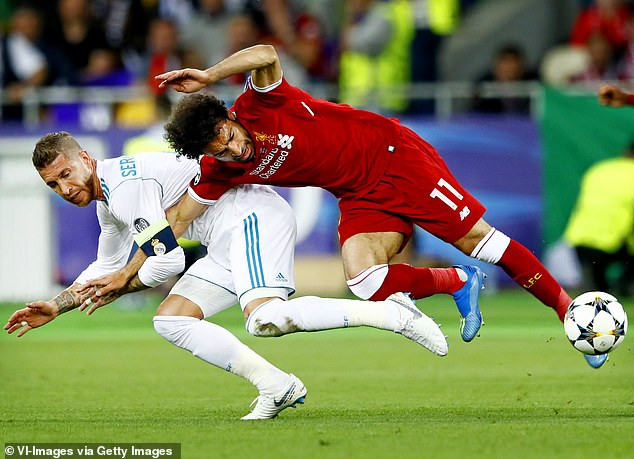 The defender was famously involved in Mohamed Salah’s injury in the 2018 Champions League final against Liverpool, which saw the Egyptian star leave the pitch in tears with a shoulder injury 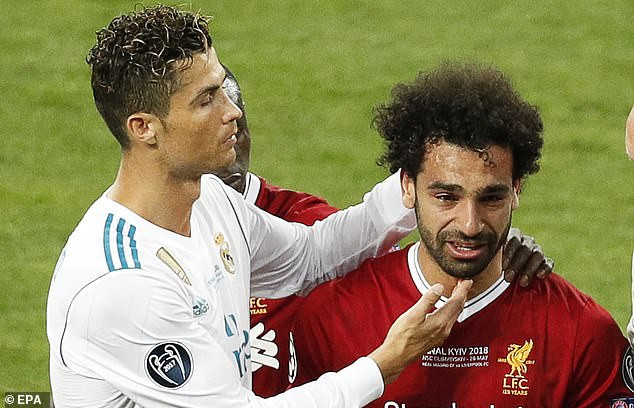 Madrid went on to win the final 3-1, Ramos’ fourth Champions League triumph with the club, and third as captain.