Your Ex-Gratia Will Be Sacrificed To Pay The Judgment Debt: NPP's Frances Essiam Fumes.
Advertisement

Man arrested for killing his lover and raping her corpse.

BOST to pay about ¢10m as judgement debt.

A leading member of the New Patriotic Party, Frances Essiam has made an interesting revelation about the 170 million United States Dollars GPGC Judgment Debt Saga. According to her, all persons who played roles in the transaction must be made to face the law. She added that the ex gratia of some Members of Parliament must be sacrificed to pay the judgment debt as a form of punishment. Frances Essiam was speaking in an interaction with Philip Osei Bonsu on the Ekosii Sen program.

Questions have been raised on how the contract that has brought the judgment debt to Ghana was signed. The big question has been whether it passed through the law-making house of Ghana and the kind of due diligence that was made. The parliament house is made up of both the NDC and NPP members and if they have a hand in it, they should all pick parts of the blame. Attorney General, Mr. Godfred Dame has promised to ensure those involved are dealt with according to the laws, but Madam Frances Essiam has a better punishment.

According to her, most of the Members of Parliament at the time might have retired and for that matter, their ex gratia must be sacrificed. She revealed that the Supreme Court’s permission can be sought and all their monies can be gathered to pay the judgment debt.

“The first thing is to look at the Members of Parliament who approved the agreement. Please, that parliament must be punished. Whoever was part of that agreement must be punished. As of now, we do not know the due diligence they did before approving the agreement. I’m suggesting that we freeze their ex gratia and seek permission from the Supreme Court so that we can use it to pay the judgment debt. They must as well be penalized and feel the pain”. She indicated. 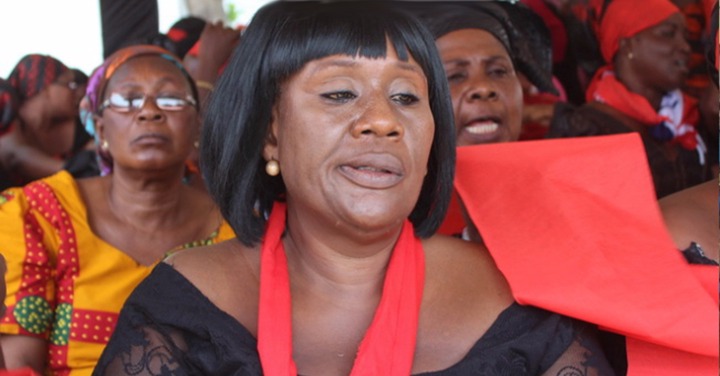