The group on its Twitter page indicated that it had set a $100, 000 target towards the purchase of an office and community space in Accra. The tweet added that it had currently raised an amount of $37, 000.

The move by the minority group in Ghana comes after its previous office at Ashongman was closed down last month by the National Security following public outrage over activities of the group.

During the opening of the group’s previous office, it explained that there was a need for Ghanaians to respect human rights hence setting up a safe space for members.

The January 31 event was attended by representatives from the Australian and Danish Embassies and other EU delegates.

Anti-gay rights advocates heavily criticized the move leading to president Akufo-Addo clarifying that same-sex relationships will not be legalised in the country. 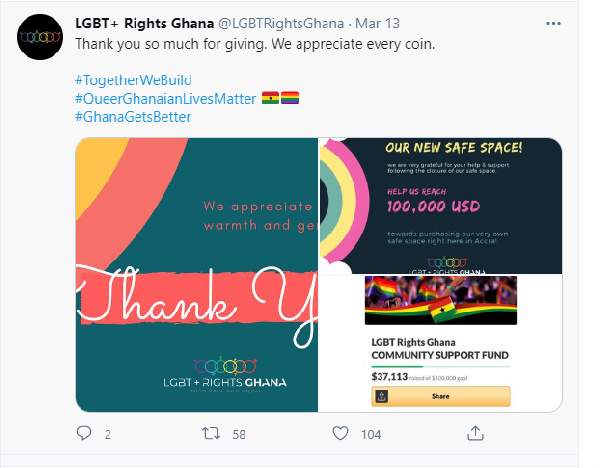 Did you know this about Prempeh College, Abuakwa, Adisco, and others?