Controversy over the arrest of an opponent of Paul Kagame in Mozambique.

US Military planners pushed for the White House to prepare plans to use nuclear weapons against mainland China during the Taiwan Strait crisis in 1958, newly leaked documents have confirmed.

The documents, first reported on by the New York Times, reveal how Washington went as far as discussing about using nuclear weapons to deter a Chinese invasion of Taiwan, despite knowing China will possibly fire retaliatory nuclear strikes on US bases. 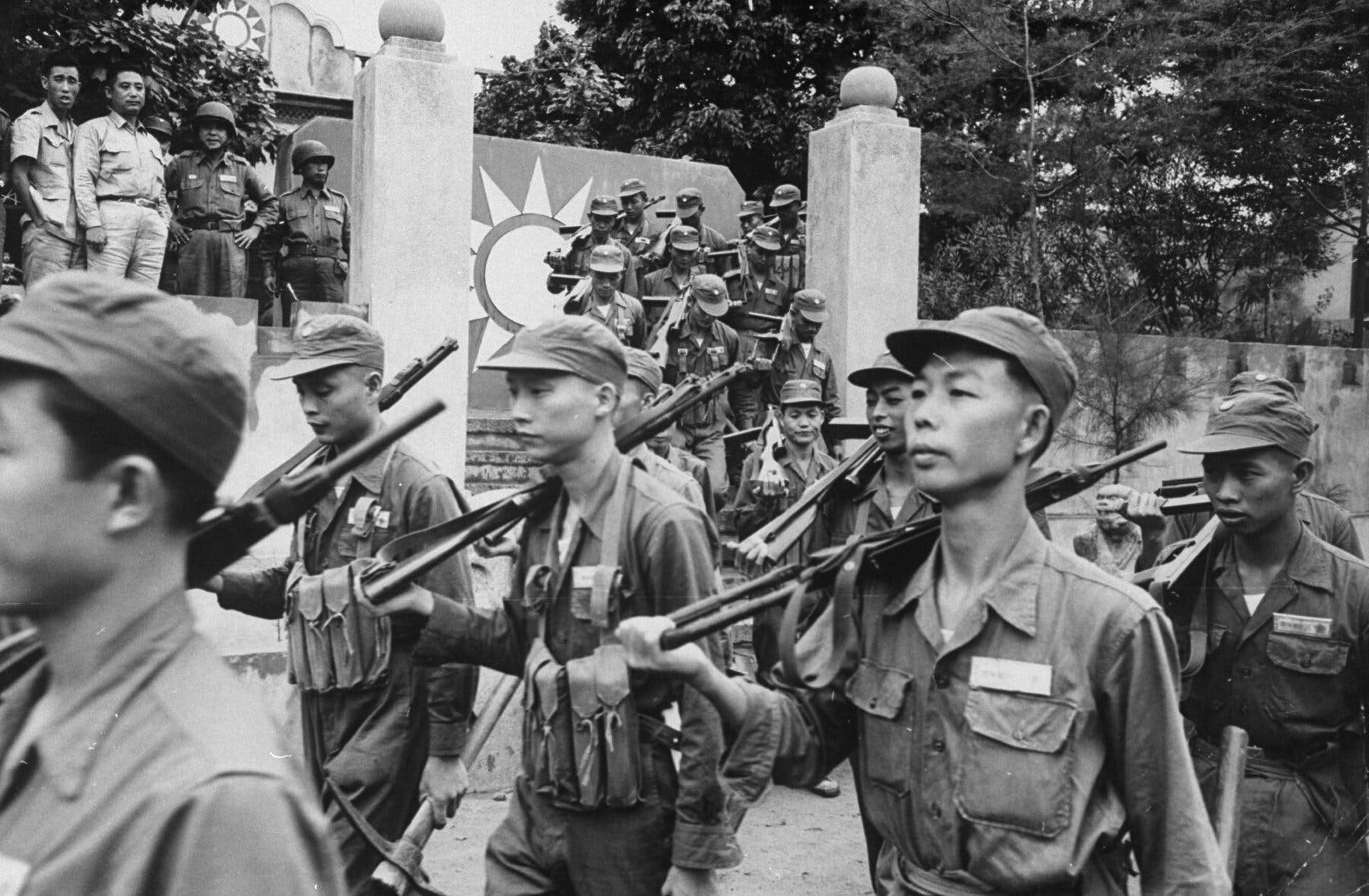 The new information was provided to the Times by Daniel Ellsberg.

Ellsberg was the whistleblower in 1971 who leaked the Pentagon Papers that detailed the US government’s duplicity in its handling of the Vietnam War.

“US first use of nuclear weapons should not be contemplated, prepared, or threatened anywhere, under any circumstances, including the defense of Taiwan,” Ellsberg said in a post to his Twitter on Sunday.

The Taiwan leak comes from previously classified sections of a 1966 report by think tank organization, Rand Corporation on the 1958 Taiwan Straits crisis, written by M. H. Halperin for the Office of the then-Assistant Secretary of Defense.

After the Communist Party took power in mainland China in 1949, following a brutal civil war, the Nationalist government fled to Taiwan.

Beijing still views the island as part of its territory, and the two sides have clashed over the following decades.

During the Taiwan Strait crisis in 1958, the US and China almost clashed when the People’s Republic of China fired artillery at Taipei’s outlying islands as the US a Taiwan Ally feared China were preparing for invasion of Taiwan.

The artillery shelling by China was focused on the Quemoy and Matsu island groups, which lie between Taiwan and mainland China and are described by Rand Corporation as “the first line of defense” for Taipei.

Though the public already knows that then US President Eisenhower debated whether to use nuclear weapons to deter China from attacking Taiwan, the new leaked documents appear to reveal the extent of the planning for the first time.

According to the leaked documents, some US Defense and State department officials were concerned the loss of the outlying islands in 1958 could lead to a full “Chinese Communist takeover of Taiwan.” 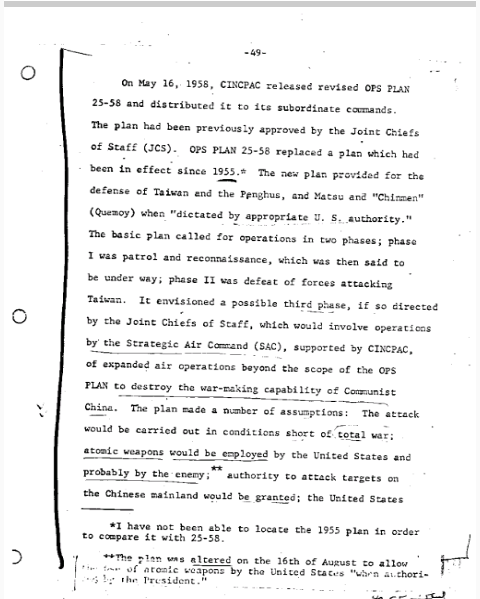 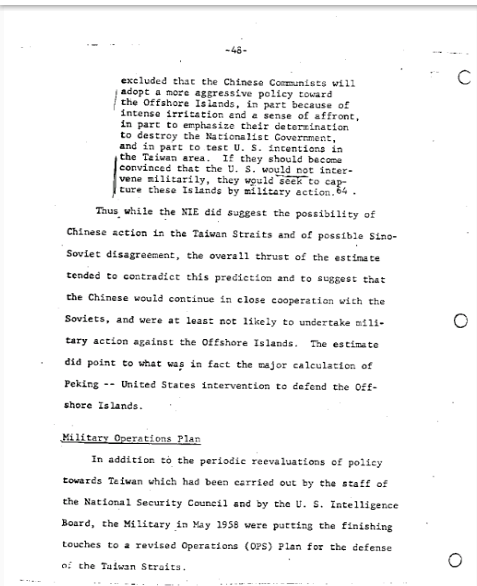 In the event of an air and sea attack on the islands, US Air Force Gen. Nathan Twining said the US would have to use nuclear weapons against Chinese air force bases “to prevent a successful air interdiction campaign,” beginning with “low-yield ten to fifteen kiloton nuclear weapons.”

If this didn’t lead to a break in the assault from mainland China, “the United States would have no alternative but to conduct nuclear strikes deep into China as far north as Shanghai.”

According to the documents, the Chairman of the Joint Chiefs acknowledged this would “almost certainly” lead to nuclear retaliation against Taiwan and the US military base at Okinawa in Japan.

“But he stressed that if national policy is to defend the offshore islands then the consequences had to be accepted,” the document said.

Given China had yet to develop its own nuclear capabilities as at that time, any nuclear retaliation would have come from the Soviet Union at that time, sparking another world war.

The document said the US Joint Chiefs, Twining in particular, saw the use of atomic weapons as “inevitable.”

In one section of the documents, Gen. Laurence S. Kuter, the top Air Force commander for the Pacific, “flatly” states that any US air action against a Chinese attack on the outlying islands “had no chance of success unless atomic weapons were used from the outset.”

In the end, Eisenhower refused to use nuclear weapons and pushed for the US troops to stick to conventional arms.

A ceasefire was reached in the Taiwan Strait on October 6, 1958, although there have been ongoing tensions between Beijing and Taipei since then.

In January 2019 speech, Chinese President Xi Jinping warned he would take “all means necessary” and not “renounce the use of force” to rejoin Taiwan to the Chinese mainland.

Beijing claims full sovereignty over Taiwan, a democracy of almost 24 million people even though the two sides have been governed separately for more than seven decades.