The country where gum chewing has been banned.
Advertisement

Singapore’s ban on the sale of chewing gum is possibly the most internationally well-known law in the world. When it first came to light in the early 1990s, it was one of the main things that Western journalists focused on when writing about the city-state. Something that is often overlooked is that this law is less strict than it once was. Since the US-Singapore Free Trade Agreement was signed in 2004, chewing gum with health benefits (such as dental gum or nicotine gum and other sugar-free options) are available from pharmacies. Truth be told, no one is going to stop you from having a few packs in your bag when you’re returning from abroad.

A ban to keep Singapore clean

According to Lee Kuan Yew, Singapore’s first Prime Minister, he was first approached about a chewing gum ban in the early 1980s by the Ministers of National Development. At the time, some initial controls were put in place including a ban on television advertisements that promoted the sale or consumption of chewing gum. For years, the Housing Development Board had reportedly been spending S$150,000 annually to tidy up gum that had been disposed of on sidewalks, in keyholes, around housing estates and even on the seats of public transportation. 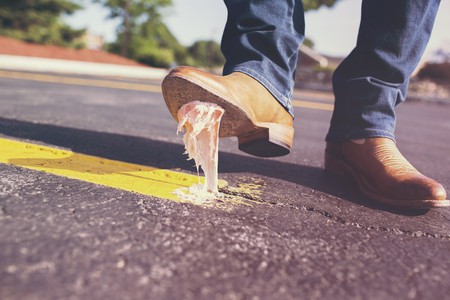 Initially, Lee Kuan Yew had been opposed to a complete ban, agreeing with opponents that it was too drastic a measure that could be more easily fixed through education and levying fines against repeat offenders. This all changed in 1987 with the launch of the Mass Rapid Transit system. The costs of the system had totalled $5 billion and politicians were very excited about how it would modernize, and even revolutionize, the city-state. So when people started sticking chewing gum on the train door sensors causing the doors to malfunction and resulting in long disruptions of train services, chewing gum had officially worn out its welcome on the island. 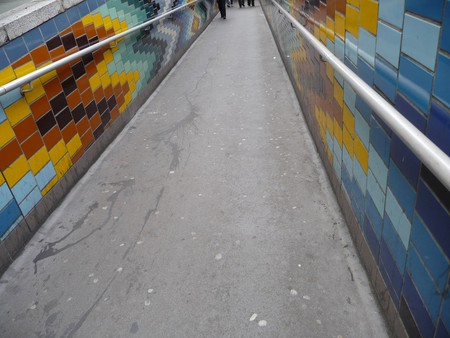 Is the ban really enforced?

In 1992, the ban was introduced by the President, Goh Chok Tong, and there were strong opinions for and against the ban. Proponents of the ban were pleased to see an end to the unsightly nuisance, especially those whose jobs involved scraping gum off various surfaces. Opponents, on the other hand, felt that the sudden ban was too harsh and restrictive on people’s individual freedoms. Some of these opponents even went as far as ignoring the ban and venturing across the Malaysian border to Johor Bahru to get their fix. Surprisingly, the Singaporean government never tried to prevent people from doing this, and instead chose to levy fines against those who were found to be re-selling it. 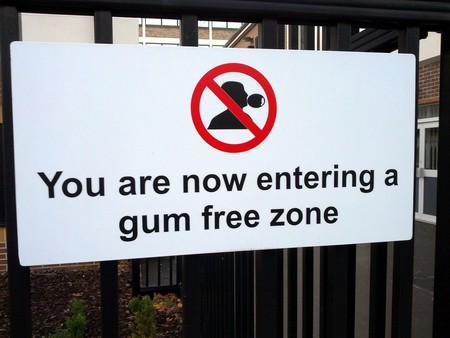 The chewing gum ban is just one of several laws to improve the cleanliness of the island, which includes laws against littering, graffiti and spitting. Nearly a decade after the ban was enacted, a BBC reporter suggested that having such harsh laws would have a negative impact on the business creativity Lee Kuan Yew was trying to foster, to which he famously replied, ‘If you can’t think because you can’t chew, try a banana.’ 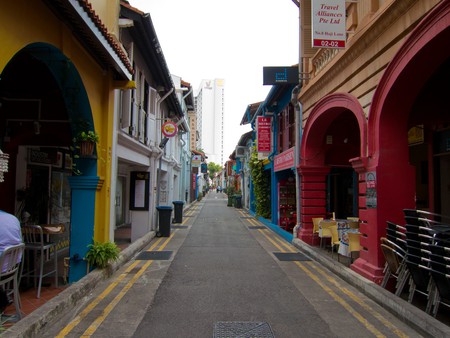 Clean and colorful streets of Singapore.
Related Topics:featured
Up Next

Couple who had sex while SKYDIVING end up in the hospital – after losing track of time in the air and opening their parachute LATE – (Video).