The sad incident which occurred this dawn reportedly took place on the Abromase road where Ali Maikano Jallow and his entourage were headed for a Maulid event where he was a Special Guest.

The Armed robbers blocked the road and were robbing travellers opening fire in the process which caught Ali Maikano.

Police have since launched a manhunt for the robbers and is asking for help from the general public.

Tributes have since been pouring in for him with many calling him a peacemaker in the height of tensions between his father the late Maikano Jallow and the Ahlussunna sect, and later between the father and National Chief Imam Usman Nuhu Sharubutu of Fadama.

Ali Maikano had been expected to replace his father as Khalifa when the old man died but he stood down opting to wait for his turn later on. But that is not to be.

Prang in the Brong Ahafo Region will witness huge crowds of visitors who are expected to throng the place to mourn their beloved Ali Maikano.

Following our publication, several tributes have started pouring in for him since his death was announced. 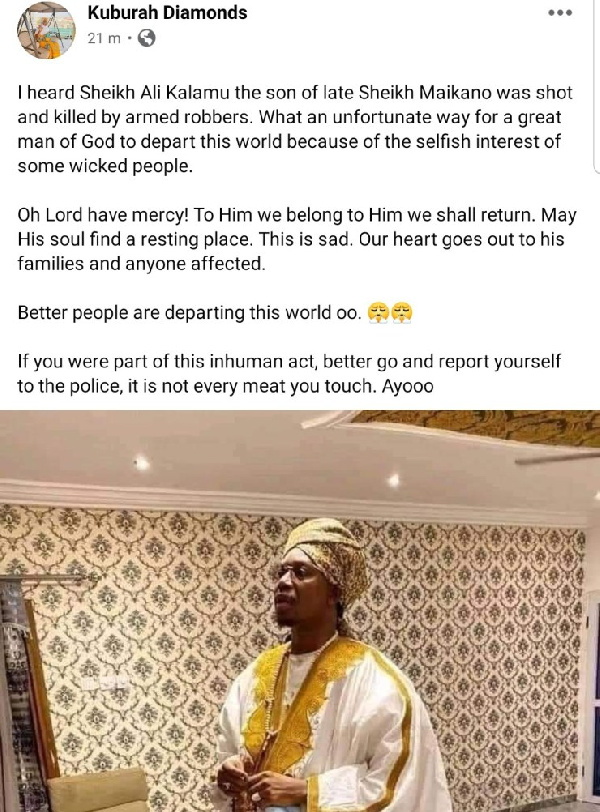 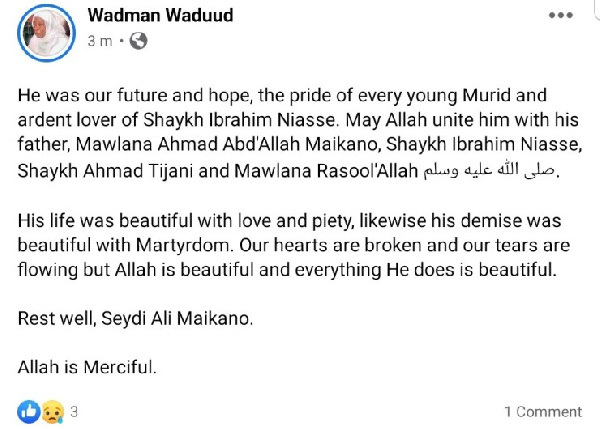 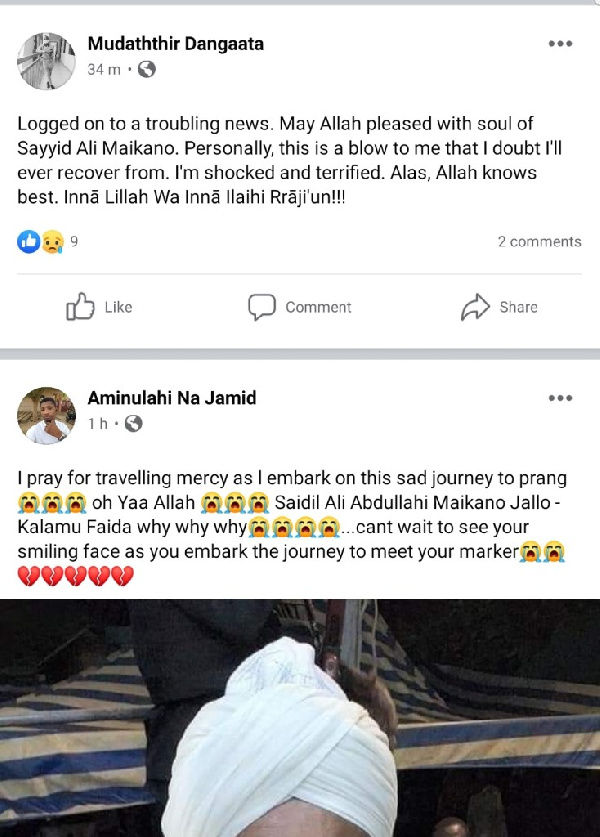 I pray for travelling mercy as l embark on this sad journey to prang.

‘The learned Shayhk was a man of peace’ – Bawumia eulogises murdered Tijjaniya cleric.