Brave Afghans have continued to protest against the Taliban by marching through the streets of Afghanistan.

A day after Afghans removed a Taliban flag and replaced it with an Afghan one, protesters took to the streets of Kabul with a 200-metre long Afghan national flag.

“Long live Afghanistan,” the protesters shouted despite violent attacks from the Taliban.

Many women have been seen protesting on the streets of the capital this week, despite reports of Taliban fighters shooting a woman dead for not wearing a burqa in public. 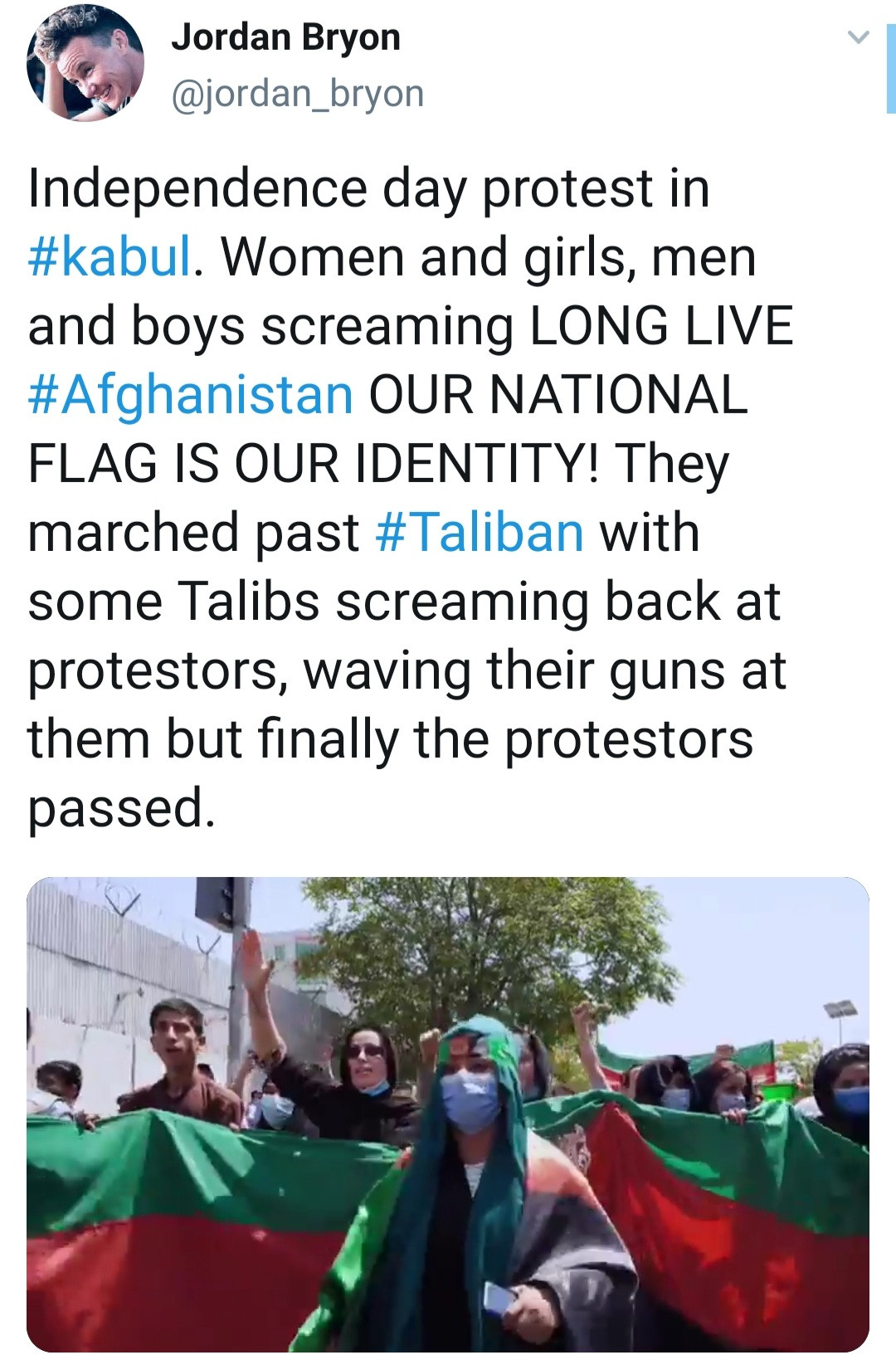 Filmmaker Jordan Bryon said on Thursday, August 19: “Afghans never give up! The Taliban fired on protesters this morning, beat some up and sent the women home.” 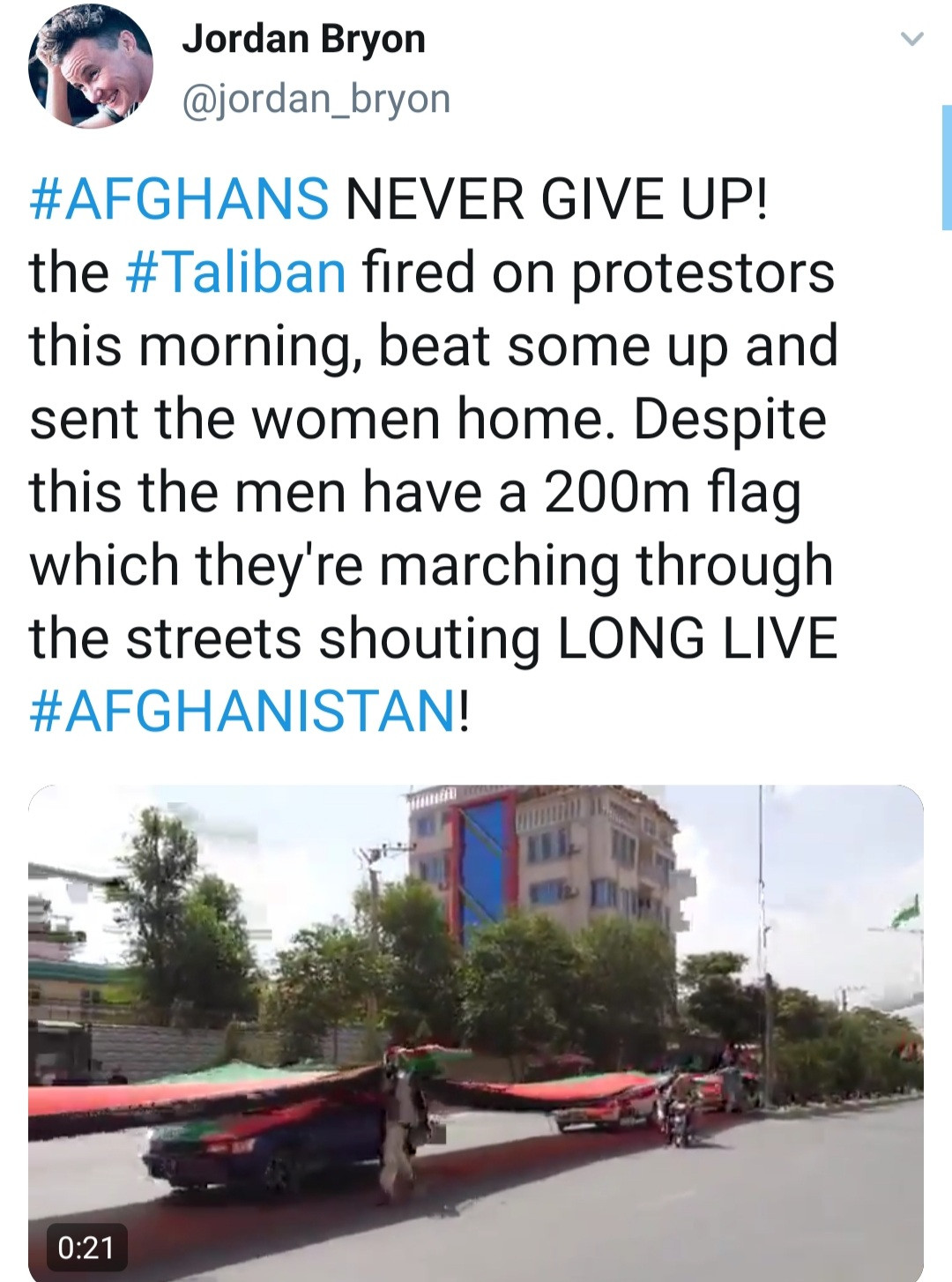 Despite this, the men have a 200m flag which they’re marching through the streets shouting, “Long live Afghanistan!”

Footage from the scene in Kabul shows the long flag resting on several cars which transport it slowly down the street as people walk and cycle next to it.

Scattered protests have taken place in different parts of the country since Tuesday morning.

Reports from the ground say some men and women continued to demonstrate even when Taliban members “screamed back at protestors” and “waved their guns at them”.

One onlooker said the scenes on Thursday were “absolutely f*****g incredible”.

Watch videos from the scene below.