Arsenal legend, Dennis Bergkamp has been inducted into the Premier League Hall of Fame.

Bergkamp, who scored 87 goals and laid on 94 assists in 315 Premier League appearances for Arsenal, joins his former team-mate Thierry Henry as well as Alan Shearer, Eric Cantona, Roy Keane, and Frank Lampard in the Hall of Fame.

The Dutch forward arrived at Arsenal in 1995 from Inter Milan and he had a transformative impact on the club. 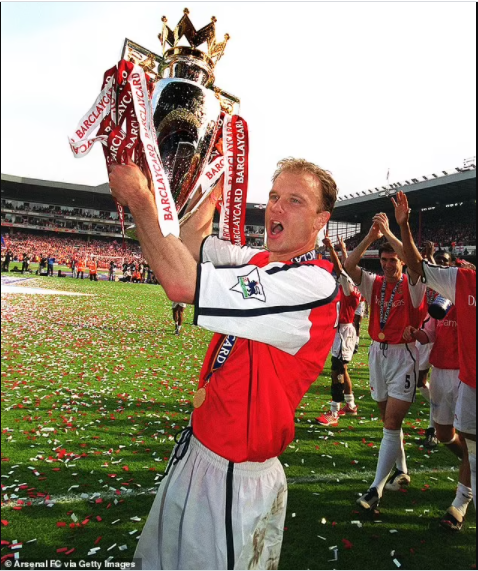 “It feels special to be part of a small group of players who got the recognition of playing in the strongest league in the world,” said Bergkamp. “I’m honoured.

“I’m extremely proud if people say that I was one of the first foreign players who added something to the English game.

“The Premier League most definitely made me a better player. From the moment I arrived in England I’ve embraced the English mentality and passion for football, it suited me and my style of play.

“Playing every game against good and tough opponents meant I improved all the time. I’ve enjoyed every minute of it.”