The 40-year-old former England and Chelsea captain joined Villa as a player in the summer of 2017, taking on the captaincy. He played 32 games for the Midlands outfit in the 2017/18 season before then becoming assistant to Smith in October 2018.

Terry told the club’s official website: “It has been a tremendous honour and privilege to have spent these last three years at Aston Villa, but I feel now is the right time to make the extremely difficult decision to move on.

“I want to be as respectful to the manager and everyone at Aston Villa as I can and, having given my future serious consideration over the summer, I genuinely don’t feel it is fair to move into a new season without being certain of seeing that through.

“My immediate plan is to spend some quality time with my family and, thereafter, hopefully take up some invitations to visit clubs and managers around Europe to develop my aim and objective of becoming a manager.

“It has always been my ambition to move into football management and, providing the right opportunity presents itself, I feel ready to take up such a challenge.”

Terry helped Smith to achieve promotion from the Championship in May 2019 as the club ended their three-year Premier League absence with a victory over Derby in the play-off final at Wembley. 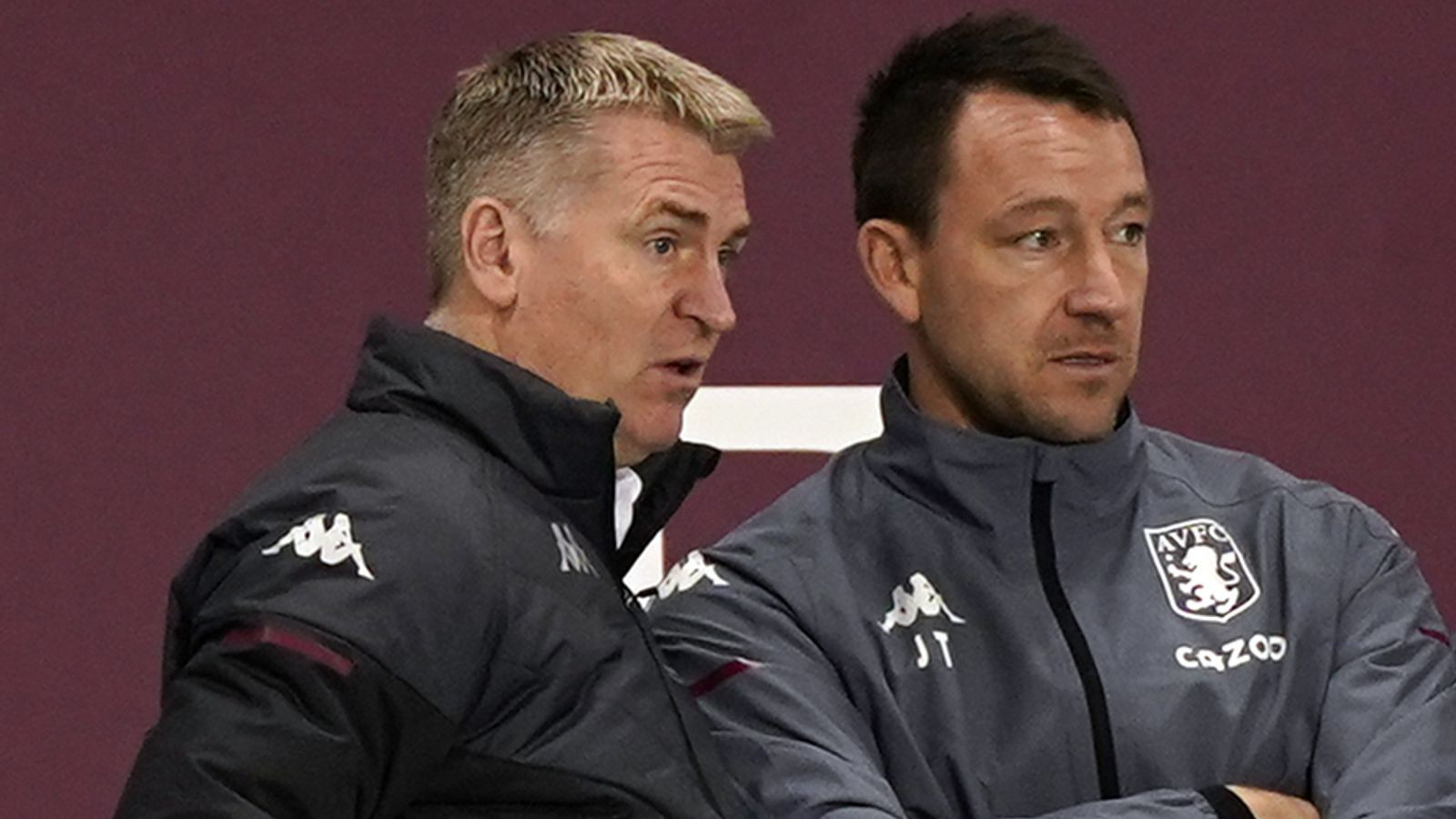 Villa survived relegation the following season and finished 11th in the last campaign.

Smith said: “I’m disappointed to lose John as part of my coaching staff but fully understand and respect his decision.

“John has played a huge role in the success the club has enjoyed over the last few years and has been very supportive of myself throughout that period.

“I have no doubts he will go on to be a first-class manager in his own right and wish him well for the future.”