Angry fans attempted to block Liverpool’s team bus from arriving at Elland Road for their game against Leeds following the decision of the clubs hierarchy to join other top European clubs to form the European Super league on Monday, April 19. 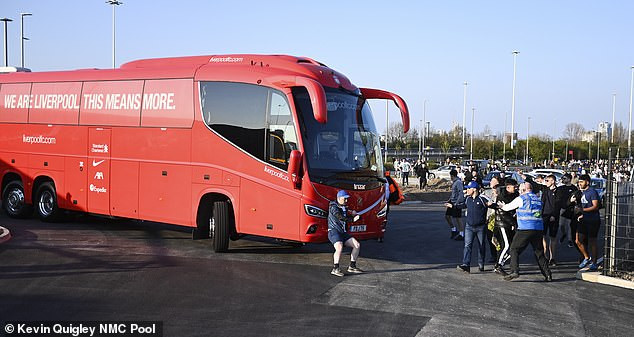 Twelve clubs across Europe, including Liverpool owned by John W. Henry’s Fenway Sports Group, announced the launch of a breakaway tournament that would replace their European commitments with UEFA, such as the Champions League.

The highly controversial Super League would see 15 clubs automatically qualify for the league every year leading to condemnations from UEFA, FIFA, the FA, the Premier League and some Footballers.

On Monday night, fans from Liverpool and Ledds protested against the proposals before the game between both clubs got underway.

Fans gathered together to hold up banners expressing their feelings on the prospect of a European Super League.

One banner from an angry Liverpool supporter read: ‘Fans say no to Fenway’s Super Greed (FSG). No Super League.’ 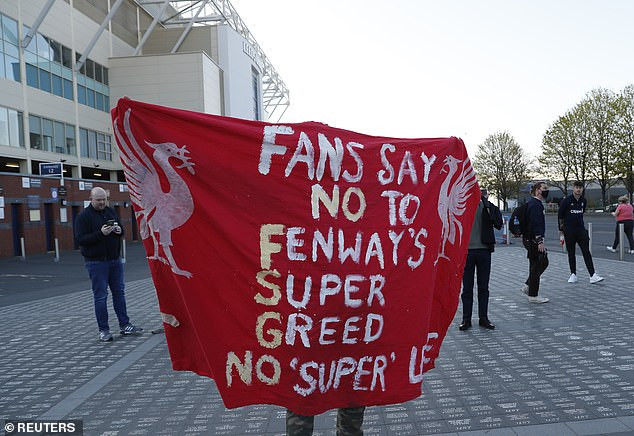 Another banner unveiled by supporters read: ‘Love for the working class game, ruined by greed and corruption! RIP LFC. Thanks for the memories’

Other banners outside the ground read: ‘RIP Football 1863-2021’ and ‘Fans before finance’. 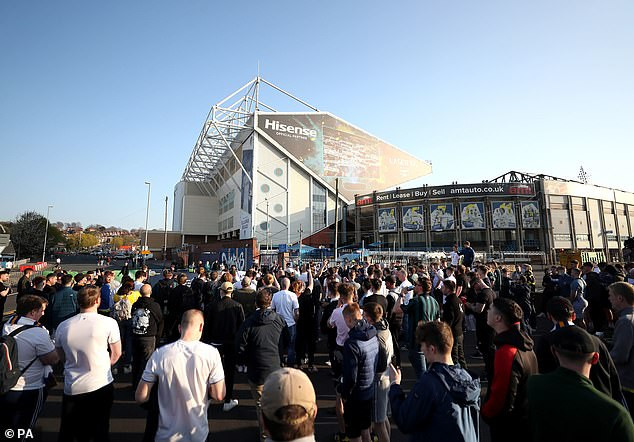 Liverpool manager Jurgen Klopp has now come out to calm fans saying he was shocked after his players received abuse before the match.

He also expressed shock that fans tried to stop the team bus with one fan trying to physically push Liverpool’s team bus back.

‘We are employees of the club and I feel responsible for a lot of things in this club. When I am involved in things then I take the criticism easily, when the boys are involved they have to take it and do that as well. But we aren’t involved in this one.

‘It’s a tough one at the moment when you hear pundits talking about the club. This club is bigger than all of us, we should not forget that. This club has been through difficult times.’