A terrified grandma is begging for help after capturing a “demon” standing over her grandchild’s bed just days after the toddler was heard warning an invisible person to “go away”.

Tory McKenzie, 41, set up a motion-activated camera at her son’s house after complaints his two-year-old daughter, Amber McKenzie, was talking to an unseen person in the middle of the night. 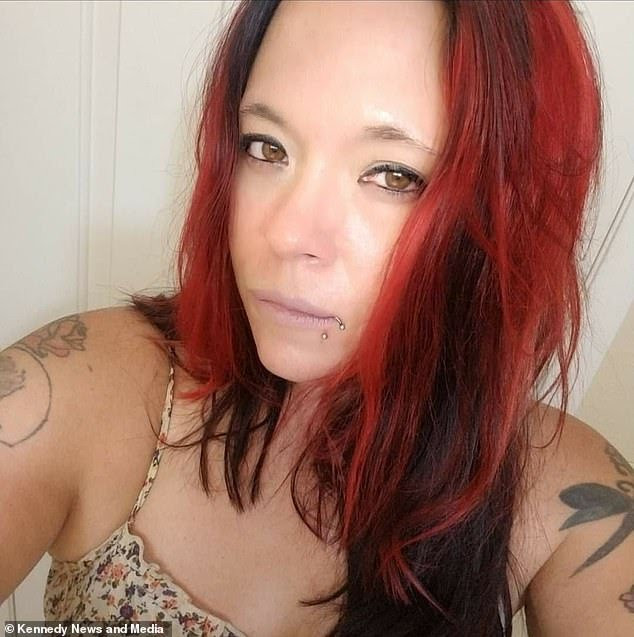 The grandma checked her camera’s app four days later to find an image of a creature standing close to the sleeping child and her seven-month-old brother Michael McKenzie.

The grandma said the creature had “a horn on its head and long claws”. 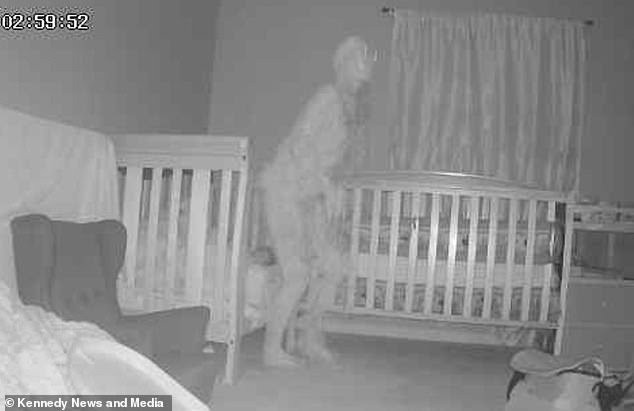 The creature was captured standing awkwardly, looking upwards just before 3am.

Tory says the discovery has left her fearing for her grandchildren’s lives.

When she tried to rid the house of the “evil presence” by burning oils, she claims cabinets and curtains opened and closed and music began to play by itself.

Tory, a mother-of-five from Las Vegas, Nevada, shared her story via a paranormal Facebook page to ask for advice.

People were horrified and warned her to sell the house as they agreed the creature looked demonic.

Some said the photo is fake and the grandma hit back, insisting she just wants to protect her family and does not have the technical knowhow to have changed the image.

The family have recorded orbs floating around the children’s bedroom, but the new image, captured in January 2021, has caused their father Ryan to take Amber and Michael out of their room and into his. 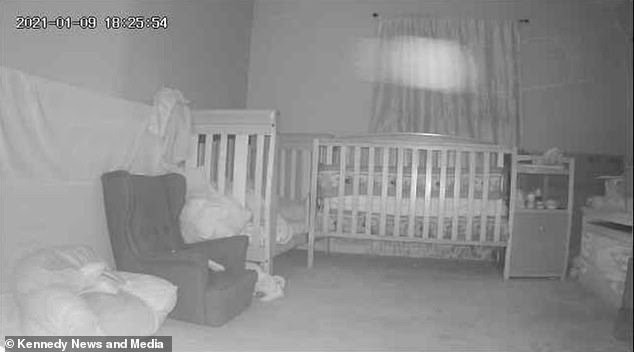 Orbs floating around the children’s cot

Grandma Tory said: “It was so shocking when I saw it. I had to do a double take. The first thing I saw was horns on its head, so you immediately think it’s the devil or a demon.

“When we caught videos of the orbs we thought it was a family member looking after the kids, but that picture, I have no idea. It’s terrifying.

“I showed the kids and my 13-year-old son was scared by it. I ran over to the house and showed my eldest son. We were just in shock and he couldn’t explain it either.

“Everybody was asleep, so it couldn’t have been my son or his partner. We have still shots of him in there and it looks nothing like that. I know that it’s something supernatural. 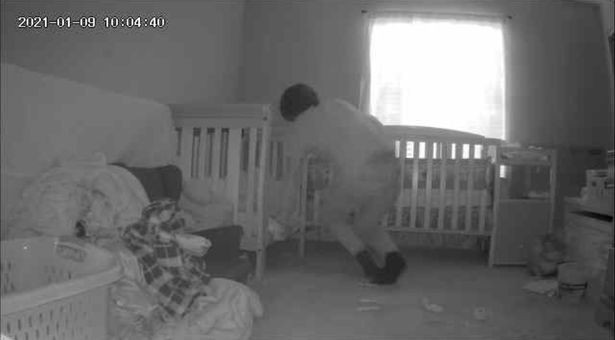 The children’s father in the room

“Ryan has moved the kids out of their room and into his room. Nothing bad has happened to them yet, but it’s the fact that it could.

“The two-year-old isn’t scared of [the figure] and thinks it’s her friend, but one night she told it to ‘go away’.

“For the most part everybody’s been supportive, suggesting what to do and who to speak to. I just want to get rid of whatever it is.

“I’m not that talented when it comes to technology to fake the photo, and I didn’t share it on my own page so it’s not like I was trying to get attention from it.”

Tory says the two-bed condo is only around 20 years old, so she’s surprised it would harbour such a dark presence.

Tory, a cardiologist lives with her four other children Jonathan McKenzie, 19, Melissa McKenzie, 17, Travis McKenzie, 16, and Nicholas McKenzie, 13, a few minutes’ walk away from Ryan and his partner Alicia Johnson.

Pastor arrested for rubbing anointing oil on the private part of a pregnant woman.