How the rivalry between Ghana’s Nkrumah and Togo’s Olympio killed the dream of a united Africa.
Advertisement

The most developed countries in Africa.

The disagreement between Kwame Nkrumah and Sylvanus Olympio began in the early 1950s when the Gold Coast was about to gain its independence and become Ghana.

When Ghana’s first president, Kwame Nkrumah, led the country into independence in 1957, he said that Ghana’s independence is “meaningless unless it is linked up with the total liberation of Africa”, reflecting his vision for a united Africa.

Nkrumah’s vision, which he later espoused in his book Africa Must Unite, was to have a continental government which he called “The United States of Africa” but the road to this was difficult, with Togo’s first president, Sylvanus Olympio giving him a tough time.

This created a tense relationship between the two leaders who had hitherto been working together to gain independence for their neighbouring countries.

The disagreement between Nkrumah and Olympio began in the early 1950s when the Gold Coast was about to gain its independence and become Ghana.

Part of the Gold Coast – Trans/Volta Togoland had once been part of Togo, which was then a German colony but after the defeat of Germany in the First World War, Togo was divided into two by the League of Nations.

One part was given to France as a separate colony and the other to Britain to administer under a League of Nations ‘mandate’,

The British refused to administer Togoland as a separate territory and rather attached Trans/Volta to its old colony, the Gold Coast. 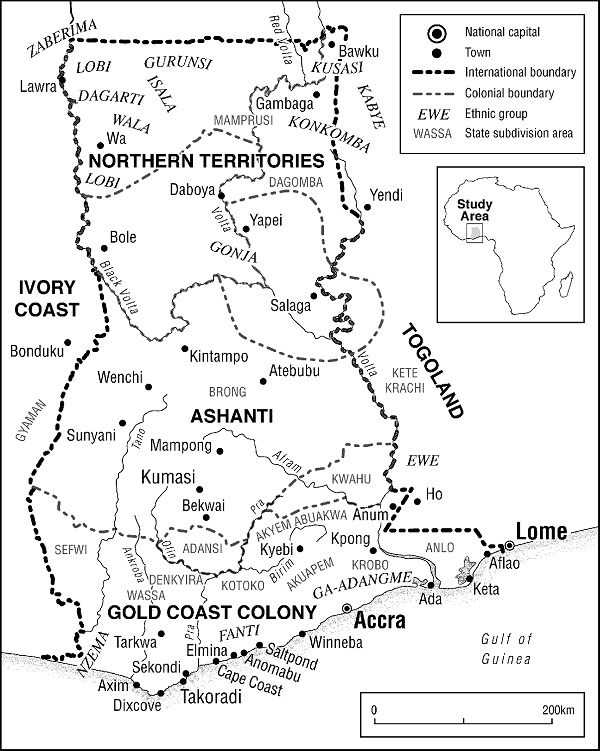 “The British didn’t, of course, bother to ask the inhabitants of the two territories that were to be brought together in a ‘shotgun’ wedding, what their own views of the British plan were. Had the British bothered to ask, they would no doubt have been told that the plan was a diabolical one. For it would segregate forcibly behind separate borders, ethnic groups that had traditionally lived as single entities before the European colonisers came.

The Ewe people, in particular, were deeply resentful of this division that was imposed on them, which separated many families from one another and thus placed tremendous social hardships on them,” according to Martin Cameron Duodu, a United Kingdom-based Ghanaian novelist, journalist and editor.

In the mid-1950s, as Gold Coast set to become the independent nation of Ghana, questions were now being raised as to what would become of the Trans/Volta ‘appendage’ of the Gold Coast; whether it should be allowed to achieve independence with the Gold Coast, or to secede and unite, instead, with the territory of which it had once formed part now called ‘French Togoland’ which was also on its way towards independence under the name Togo.

Nkrumah and other politicians wanted Trans/Volta to stay with the Gold Coast and become part of Ghana but Ewe politicians in French Togoland, including Olympio, as well as their allies in the Gold Coast, wanted otherwise.

After a referendum was held in 1956, the majority of the people of Trans/Volta Togoland decided to stay in Ghana, angering Olympio and his Ewe allies in Ghana. 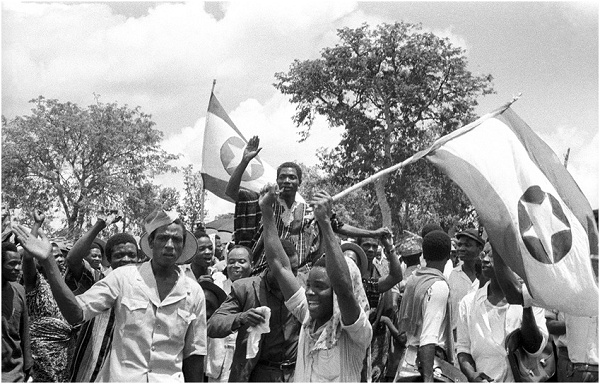 Thus, when fast forward, Nkrumah, as president, wanted to integrate Togo into Ghana, Olympio (then Togo’s president) disagreed and preferred that Togo remained independent with concerns that by being integrated into Ghana, the Togolese people risked being dominated by Ghana.

The British and French rule had ended and Olympio believed that this made collaboration between Ghana and Togo easier as he had plans to unify the Ewe people who had largely been split between Ghana and Togo, but he did not think that one country should be integrated into the other as Nkrumah believed.

Nkrumah had essentially wanted for the remaining portion of the former German Togoland to be merged into Ghana as well as part of his vision of unifying Africa, believing that if Africa did not unite as quickly as possible the newly independent African nations may come under threat of being conquered once again by colonial forces.

But his dream became a tough one, considering colonialism had taught Africans to feel distinct.

“After independence, the French did not have to exert themselves to keep Togo and Ghana from getting together. The work had been done already. The elite had become more French than the Frenchmen themselves…” according to T. Ras Makonnen, a Guyanese born Pan-Africanist who worked in Nkrumah’s government.