How To Win A Man’s Heart And Mind
Advertisement

6 Signs a Woman Wants to Be Approached by You.

Want A Better Relationship? Change The Way You Sleep Together.

A Study Suggests That Husbands Who Have Controlling Wives Live Longer and Are Healthier.

Winning a guy’s affection and making him interested in you is a piece of cake. However, making him love you and entering his heart and mind forever is a bit more complicated.

You want this man to see that you’re girlfriend and wife material. For him to see your worth and all of your great qualities.

Well, here’s a way to accomplish exactly that. Here are 10 steps to make any man fall in love with you.

What happens when you’re not the only woman who is trying to win a certain guy over? How to win a man’s heart when there is competition? 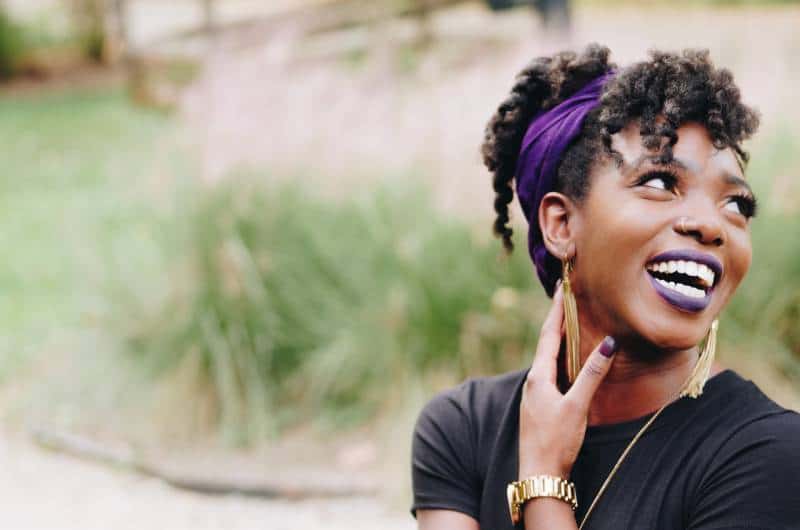 One of the most important pieces of dating advice you’ll hear is to become a great woman before looking for a great man. As much as this may sound cliché, it can’t be truer.

This is something you might not want to hear, but before you even try winning the right man over, you need to become a woman who’s worthy of this kind of man.

Before you start working on your love life, you need to sort out your own life.

If you want to make men chase you, build yourself into someone worth the right guy’s attention and admiration.

So, instead of putting all of your focus on this guy, give yourself some more attention. I’m not talking about looks only here – improve your entire self. 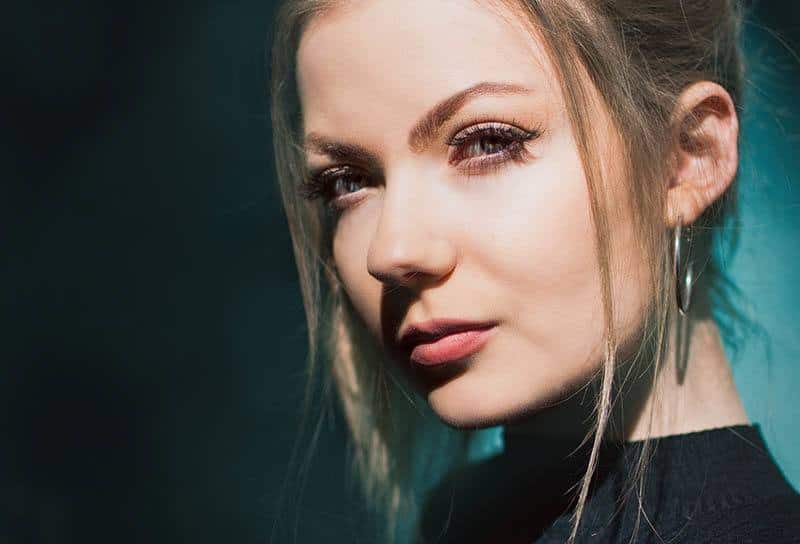 Of course, looking your best at every possible moment is always a plus. After all, men are visual creatures.

However, the key is in expanding your interest, educating yourself, and working on your intellect and personality.

2. Flirt with him forever

When you’re just getting to know a new guy you like and are trying to win over, the first impulse you have is to flirt with him.

You make eye contact, smile at each other, “accidentally” touch his arms while the two of you are talking, and make edgy puns.

Naturally, all of this helps and before you know it, he’s gone crazy for you.

However, there’s a difference between making a guy like you and trying to keep his heart forever, so you should definitely use different approaches.

Or should you? The truth is that you shouldn’t ever stop teasing your guy; you should always continue flirting with him.

Make sure you continuously remind him what butterflies feel like!

This applies to all case scenarios: when you’re just getting to know the man of your interest, when the two of you have been together for ages, or when you’re figuring out how to win a man’s heart back. Flirting is always key!

Another important lesson, which is especially useful in long term relationships, is to never make your man feel overly secure about you.

No, this doesn’t mean that you should act like an immature teenage girl who is into playing games or play hard to get during your entire relationship.

However, the truth is that most couples fall into a rut in their long term relationship.

With time, many men start to think that they can never lose their better half: that she’ll always remain theirs, no matter what, and that they don’t have put any more effort when it comes to her.

That is exactly how love and the spark between two people start fading.

In order to prevent this and to keep his heart yours forever, you need to find a way to challenge him.

From time to time, make him feel your absence and make him miss you; he’ll appreciate having you even more.

This is an especially successful tactic when you’re figuring out how to win a stubborn man’s heart because he’ll feel the need to chase you, which will make your relationship that much more interesting.

For this guy, not having you by his side will be a personal defeat and that is not something he can allow to happen.

Your boyfriend already has some good friends. He has his pals that he likes hanging out with – that is something you should never try changing.

However, what a man wants in a woman is not just a lover and a sex partner.

Contrary to popular opinion, when a man falls in love, he also wants to be good friends with his better half.

So, if you are trying to figure out how to win a man’s heart forever, try becoming his friend too.

Show him that he can tell you anything and you’ll always understand him, without any judgment.

The last thing any man needs is feeling like he is in jail the moment he enters a romantic relationship.

Of course, living the life of a bachelor is not acceptable in a serious relationship, but that doesn’t mean that your boyfriend should cease to exist the moment he starts dating you.

Trust me, as soon as a man feels that he’s being held back in a relationship, he wants to run away from it.

That’s why some of the best dating advice you’ll ever hear is to give your partner freedom.

Don’t get me wrong, this doesn’t mean letting him get away with doing things that are not appropriate for a guy who is taken. However, making dramas and being overly jealous won’t get you anywhere either.

Deal with the fact that you can’t prevent him from doing whatever he wants.

After all, what is the point of being with a guy who would do something behind your back the second you loosen up your control?

Believe me, every good guy will respect you even more if you don’t try limiting him.

Not only that, he will even thank God for sending him such a girlfriend and protecting him from some nagging drama queen.

6. Pay attention to him

The way to make any guy yours is to show him that you’re attentive to him.

Show him that he’s important to you and you’re interested in everything he has to say.

Put effort into meet him on a deeper level and make sure to remember all the little things about him.

Don’t be too pushy, but show interest in his life: his hobbies, his friends and family.

Ask him about his day and give him a hand when he needs it. Talk to him about the topics he finds amusing and give him some advice (when he asks you for it).

Once he sees that you’re listening to everything he’s got to say and making an effort to walk a mile in his shoes, he’ll see your worth and realize that you’re one of a kind.

What a lot of women and men don’t know is that love cannot exist without mutual respect.

This applies to every relationship between two people, including romantic ones.

Therefore, if you plan on keeping your man’s heart forever for yourself, you have to give him your respect.

What every man wants is to see that he’s appreciated and valued as a human being, that his attitudes and opinions are respected, and that his individuality is not endangered.

He needs to feel that he is an equal partner in this relationship, so make sure not to belittle him in any way.

This is especially important in public. Don’t ever insult or humiliate your romantic partner in front of others (or ever).

If you’re wondering how to win a man’s heart in bed, make sure he feels wanted and desired next to you (and this doesn’t only apply to your sex life).

The key to almost every guy’s heart is to feel like a great man beside his better half.

This doesn’t mean that you have to become a people pleaser or are expected to nod your head at his every word.

Just don’t stop reminding him how special and unique he is to you. Don’t let him forget that he’s the only man you would ever choose for yourself and that your love for him can’t be put into words.

Also, show him how proud you are to have him. Show him off and let him know that you can’t thank God enough for sending you such an amazing guy like him.

9. Show him your vulnerable side

Whether they admit it or not, men are born protectors. When they care for someone, they want that person to feel safe around them.

This is especially the case when it comes to their love life: every man wants his girlfriend or wife to see him as her guardian and knight in shining armor who will always come to her rescue.

However, modern dating changed this aspect of relationships. Luckily, men and women have become equal (or at least, they should be) and there is no need for one person to save another.

Nevertheless, this doesn’t mean that men have lost their desire to appear tough in front of their other halves.

It doesn’t mean that your guy doesn’t have the urge to take care of you.

Therefore, if you want to have his heart for good, give him the chance to do so. Show him your vulnerable side.

Show him that you trust him and that there are situations in which you are a fragile girl who could use his hand.

This doesn’t make you depend on him, nor does it make you any less self-sufficient. You’re just boosting your man’s self-esteem a little and there is nothing wrong with that.

Having a girlfriend who cooks for him (pay extra attention to this if you’re wondering how to win an Italian’s man heart), one who helps him with some simple things and everyday errands, is every man’s dream.

Knowing that he has someone who is worried if he’s gotten enough sleep, if he came home safe, fulfills every guy, whether he likes to admit it or not.

However, a lot of women make a rookie mistake once they fall in love: they start acting like a mother to their boyfriends.

They make men their children and, with time, these men stop looking at them as their romantic partners.

Of course, this ruins the couple’s sex life and eventually even ends up ruining their entire relationship.

Nevertheless, just because you shouldn’t mother your significant other, it doesn’t mean that you shouldn’t take care of him to a certain extent. The key is just to strike that balance between the two.

Why Is It Difficult For Men To Forgive When Women Cheat?

How To Keep Staying With A Cheating Husband, Rev. Charlotte Oduro.