Lady recounts how she watched her boyfriend propose to another woman on Instastories.
Advertisement

A lady on Twitter has shared the sad story of how she watched her boyfriend propose to another woman on her Instastories.

Posting via her Twitter handle @SimplyDipontsho, the lady said the same man told her he loved her a night before going to propose to another woman. Her tweets read

”Last night my heart shattered into a million pieces as I watched “The Love Of My Life” propose to another woman on his Insta-story. The same man that told me he loved me the night before.

I was catching up on Gomora and I decided to scroll through Instagram,no-one could have prepared me for what I saw…I still don’t understand how or why… I blocked him and unblocked him just to watch it again so I can be certain that it’s him.

I’ve never seen her until that moment, she looks happy and I don’t want to take away from her moment. But it hurts I’m still watching it, I just don’t understand.”

She said she decided to call him to inquire why he proposed to another lady and his response was ”How was I supposed to tell you?”.

”After blocking him everywhere, I finally decided to call him…The only thing he said was “How was I supposed to tell you” anything else I couldn’t hear over my crying/screaming/cussing and throwing my phone to the end of the bed out of frustration because this man was not understanding me or feeling my pain.

I’m not okay. It’s 02:50am I’ve been crying since..my nose and eyes are swollen from all the crying. I thought I would be the one saying yes to him. Funny thing is-I hate him now but I’m happy for “her”, I don’t even know her.

Who the hell was I inlove with??? I’ve cried so much, I just can’t anymore

It just gets worse.

I’m thinking about everything he said to me the last night we spent together,he brought up how much I hurt him in the past…I thought we were past all that. He said “I want you to know that I love you” he kept on repeating it over and over again.

He said “I love you and you’ll always be my first”. I didn’t see it or maybe I didn’t wanna see it. I never finished watching Gomora… I just cried and cried so much I thought I was going to pass out because I could not make sense of anything.

Twitter users have reached out to her to console her. 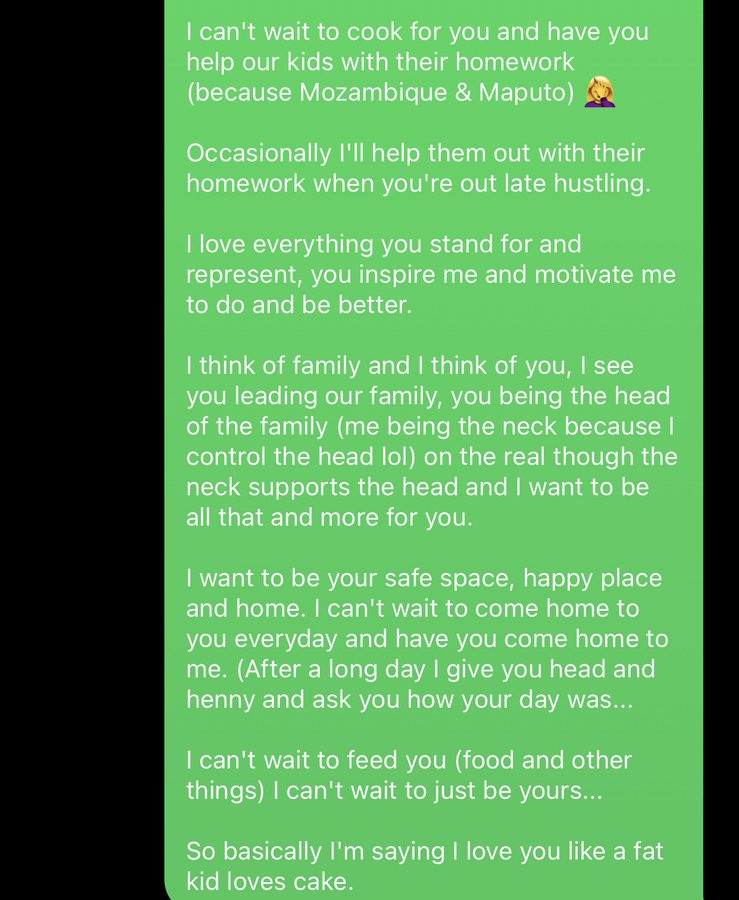 “I am a jealous lover. If you don’t want to be my worst enemy don’t go near my boo” – Woman who killed her husband says in a past FB post.

Economy recovery plan: We need to share the burden and recover – Oppong Nkrumah.