Nigerian hair entrepreneur Kika Hair beaten up by the Ofori-Atta family in Ghana after calling them out for duping her, wanted by police - (Details).

Motor rider knocks down a nurse in Tema - (Photo).

Don’t condemn gays and lesbians, rather pray for them – Rev Minister.

Lawyer Gabby Asare Otchere-Darko, may not be a stranger to greatness after al, as he is directly related to the President of Ghana and the Finance Minister, Ken Ofori Atta. With this big names, around him and he himself, been arguably the nation’s most heaviest investor in the media currently, his sister, amongst a few others, can in no way be ordinary, but very little is known of her, but here is all to know about her.

She is Nana Ofosuaa and interestingly, she is a renowned writer and historian. Just a year ago, the renowned Oxford University in the UK had appointed her to its Advisory Council. It is rare to have a young African woman determining the paths of future leaders as well as the cultural policies of Oxford Universities, where more world leaders have passed through any other institution. 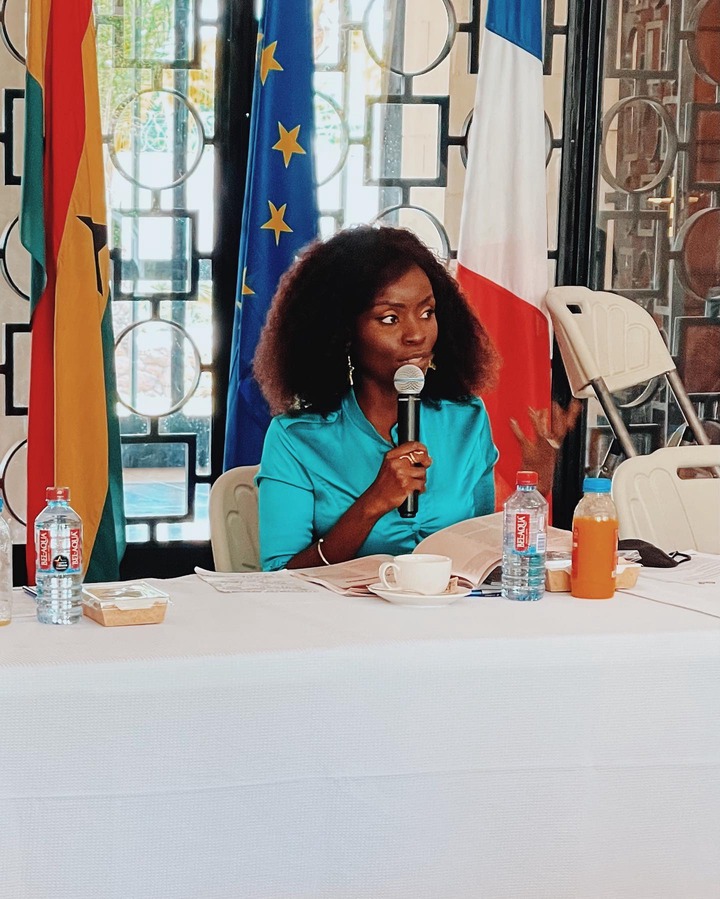 In a letter signed by the Vice-Chancellor of Oxford University, Professor Louise Richardson, her appointment took effect in January 2020, as she was expected to help advise, guide and inform, and bring external perspectives from across the spectrum of culture to the Advisory Council.

She also serve as an Ambassador for the Cultural Programme of Oxford University. Her full name been Nana Oforiatta Ayim, she is a writer, filmmaker, and art historian and studied Russian and Politics, and worked for the Eastern European section of the Department of Political Affairs of the United Nations in New York.

She also holds a Master’s Degree in African Art History and worked at many international cultural institutions, including The British Museum. She is a global speaker on cultural narratives and institution building, in countries like Ghana, Senegal, the UK, US, Germany, Holland, Denmark, France, and Brazil, and this year will speak at both Harvard and Yale; as well as writing for publications like Frieze, ArtNews, African Metropolitan Architecture.

Nana Oforiatta Ayim has made several films, a cross of fiction, travel essay, and documentary, that have been shown at museums like The New Museum, Tate Modern, and LACMA. As an international curator, she facilitated and led Ghana to its first pavilion at the Venice Biennale. 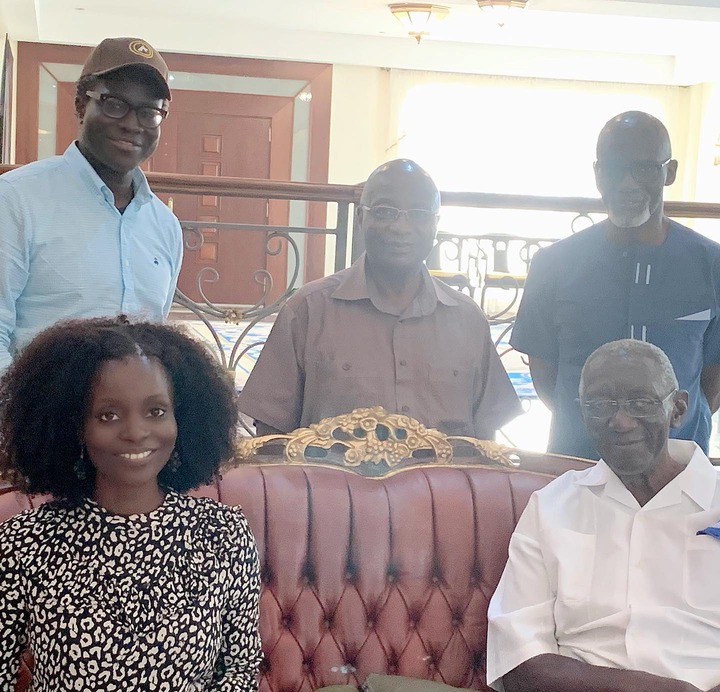 The Venice Biennale is the Olympics of the art world, and all strong nations are represented, although it’s not always easy for African nations to have a presence in Venice, for reasons ranging from the economic and the geographic, to the complexities of the Biennale system itself. In 2017 Nigeria came, but as a private initiative; it did not return last year, and Algeria dropped out at the last minute.

Oforiatta Ayim has received multiple awards for her work. She is the recipient of the 2015 Art & Technology Award from LACMA in the United States; of the 2016 AIR Award, which “seeks to honour and celebrate extraordinary African artists who are committed to producing provocative, innovative and socially-engaging work”; of the inaugural 2018 Soros Arts Fellowship.

She has been named one of the Apollo ’40 under 40′; one of 50 African Trailblazers by The Africa Report; one of 12 African women ,making history by Okayafrica; and a Quartz Africa Innovator; and was a 2018 Global South Visiting Fellow at Oxford University. Her first novel, The God Child, was published by Bloomsbury Publishing in November 2019, and has been reviewed widely, in the international Financial Times, The Guardian UK, Vogue US and many other publications. She has also been appointed, to the steering committee of the Open Society Foundation’s $15 million African Cultural Restitution Initiative. 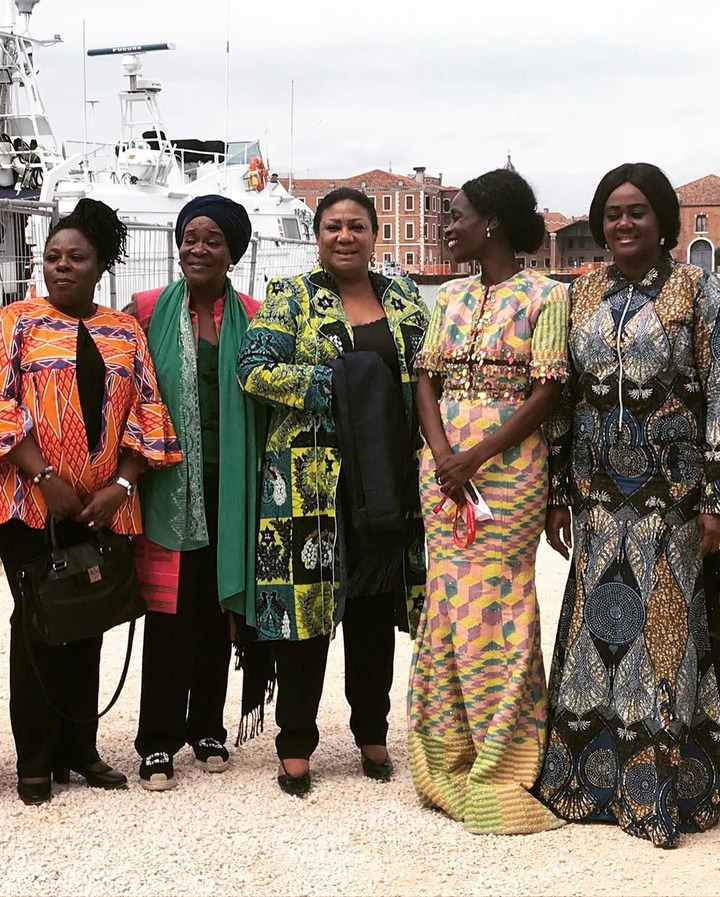 Nana Ofosuaa Oforiatta Ayim, who is the founder and director of ANO, an Accra based “Institute of Arts & Knowledge” which since 2002 has presented cultural and educational programmes across many parts of Ghana, Africa, and the world as a whole, to connect African cultures with development.

In her bid to expose the African arts and culture to the world, Oforiatta Ayim has introduced many initiatives, including the Mobile Museum Project and The Cultural Encyclopaedia, a Pan-African archive initiative devoted to past, present and future culture from around the African continent.

With her organization, the ANO Institute of Arts and Knowledge in Osu, as well as with her work as a writer, filmmaker, historian, artist, and organizer, she has grand ambitions for writing and rewriting narratives of the African continent and Diaspora.

Her most recent visit to Ghana, was when their father passed on and she attended the funeral with her siblings at Koforidua as seen here: 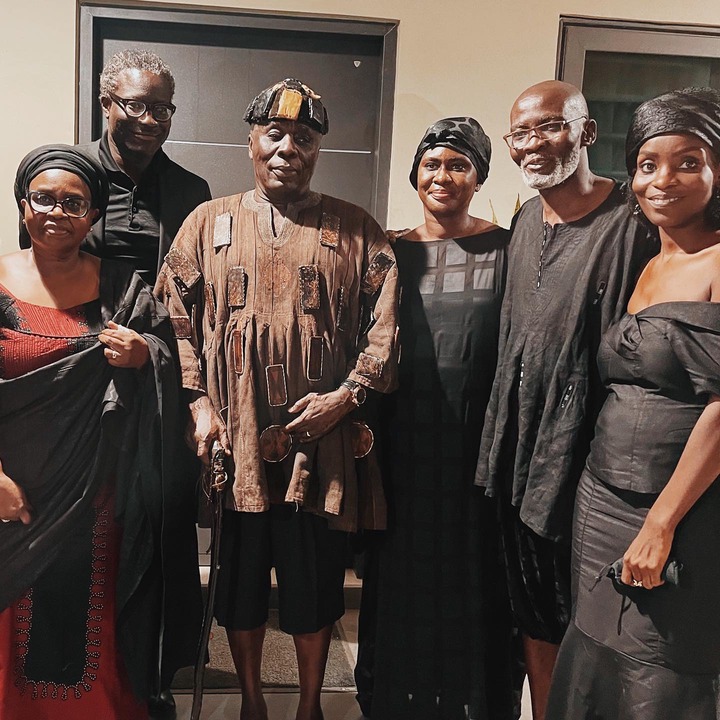 Two months earlier, she was in Ghana and on her Facebook page, had shared why she made that all important trip, as she shared that:

“I put together a proposal. I knew I couldn’t do it alone. I also knew I couldn’t ask others to work for free, but that waiting for government funding meant it would never happen

I had recently been appointed a Principal Investigator on the Action for Restitution to Africa project (part of Open Society Foundation’s $15 million restitution mandate), in charge of creating a strategy for repatriation for Ghana & West Africa, with a budget for 3 years.

I spoke with my colleagues about using the first year of my budget for this. After all, we needed to rethink & decolonize our structures & narratives if we were going to heal this particular colonial violence, of theft & appropriation.

I used the money to bring together a team of experts in various fields, architectural, archaeological, curatorial, financial, structural, legal. Here are the results of what we created. You can download the report in the link in the bio. It’s a first step. Please share your feedback, questions, thoughts. Thank you #museums #repatriation #decolonisation” she wrote. 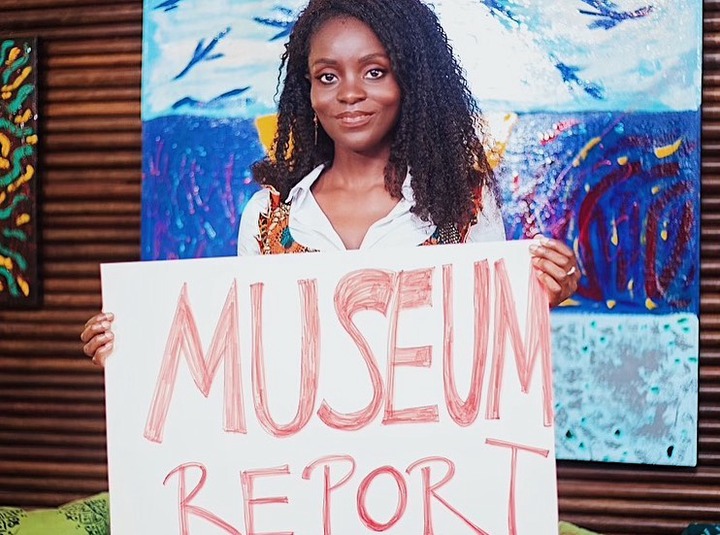 Least I forget, Nana Ofosuaa and Gabby Asare Otchere-Darko, are all from the same mother, the late Sophia Ofori Atta, whereas Gabby’s biological father, Dr Joseph Otchere Darko, a Kyebi royal and Chief with the stool name, Barima Okyere Boateng, who passed on recently, was her step father.