The most dangerous selfie ever taken.
Advertisement

Let’s see the most dangerous selfies ever captured on camera.

Make sure to see the last one.

10. Is Anyone Else Feeling Nauseous? 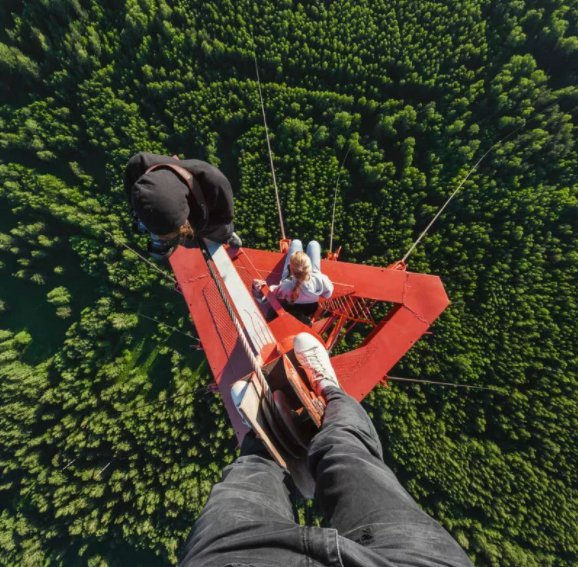 This pic from Yekaterinburg, Russia, is dizzying and more than a little alarming.

In recent years, Russia in particular has seen an influx in young thrill-seekers taking dangerous selfies.

There have been so many injuries and deaths that the Russian Interior Ministry launched a “safe selfie” campaign a couple years ago. 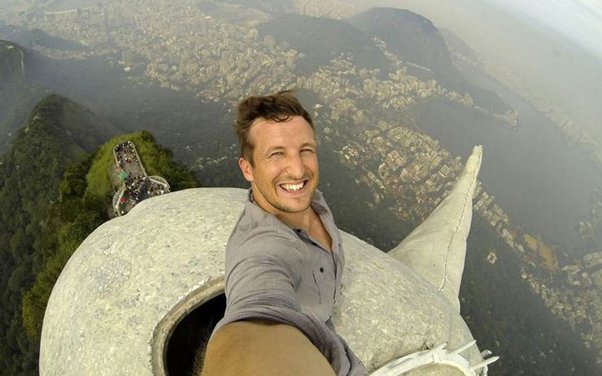 Lee Thompson, the man pictured in this selfie managed to convince the Brazilian tourism board to allow him to climb the landmark.

He worked with a team, of course, and within 30 minutes was able to summit the statue and take a selfie with Christ the Redeemer.

8. A Selfie With Sharks 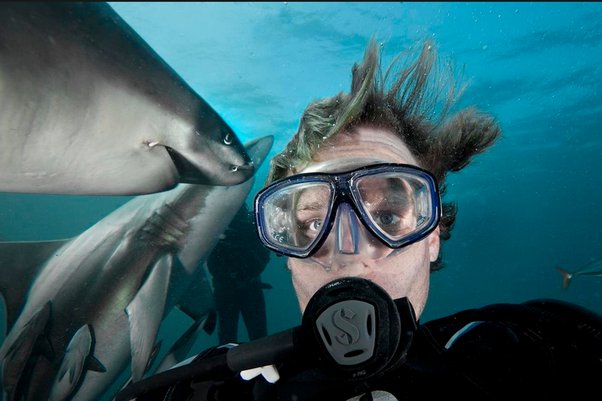 Leave it to an avid scuba diver and a professional photographer to attempt this crazy underwater selfie with none other than sharks.

I mean, has he ever seen Jaws? Aaron Gekoski went on a dive trip with some of his best pals…oceanic blacktip sharks.

Of course, he documented the entire encounter by taking lots of shark selfies that will make your jaw drop. Because, if you didn’t take a photo of it, did it even happen?

7. At Least He’s Aware of the Dangers 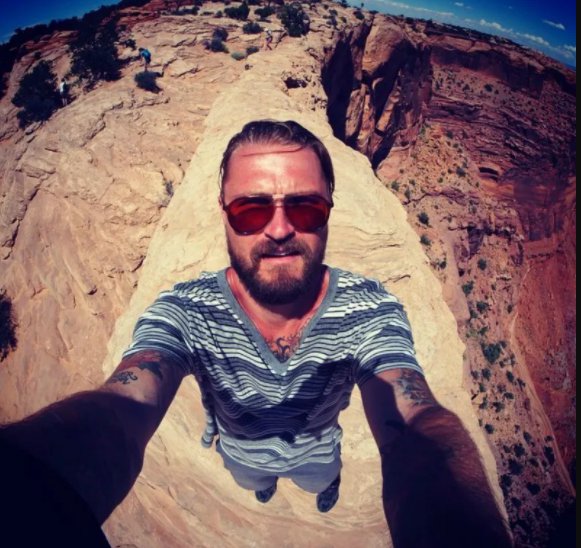 Once again, this photographer is fully aware of the dangers involved in his stunting. “I don’t always take selfies, but when I do, they’re dangerous,” he writes.

In this case, what he’s standing on the edge of is a canyon in Utah’s Canyonlands National Park.

6. Running With The Bulls 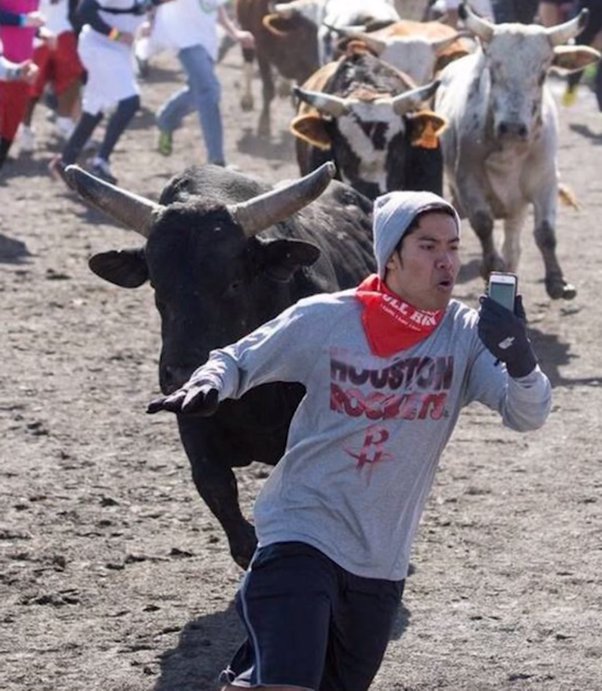 Every year in Pamplona, Spain, there is the Running With the Bulls, an event in which drunk and crazed people run out in the open with a number of real live bulls. Sounds dangerous, right?

However, this guy participating in one such event, he tried to catch a selfie with the angry bull. *Sigh* We just can’t. We can’t even. 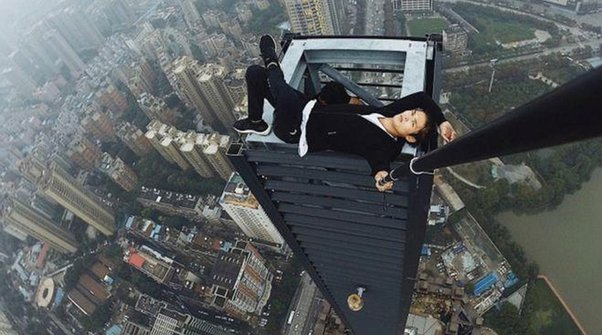 Wu Yongning was known for his absolutely insane photos and videos of himself on top of skyscrapers.

During an unfortunate incident, the 26-year-old fell to his demise in November 2017 after from a 62-story building (not this one) in Changsha, China.

He always posted video footage doing crazy stunts and hanging off the edge of buildings with no safety gear whatsoever. In his final moments he was trying to pull himself off up the ledge but lost his grip in the process.

4. The Epitome of a Travel Shot 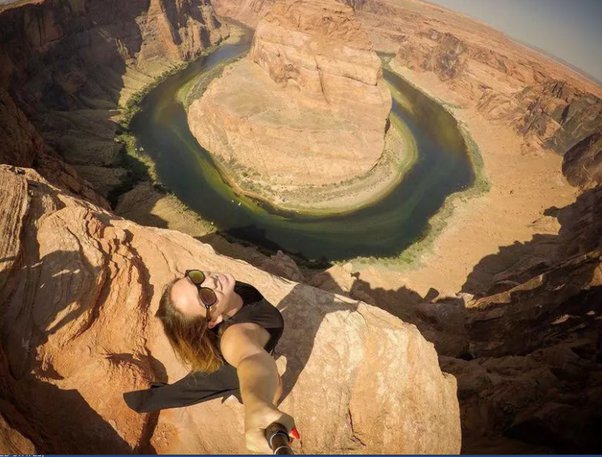 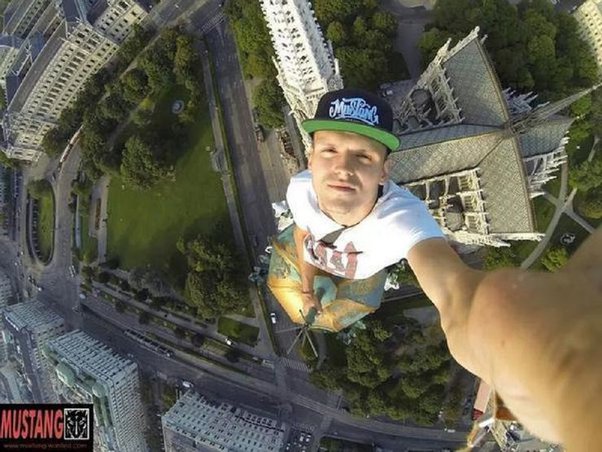 The extreme stunt site Mustang Wanted has become notorious for its crazy images, and among a sea of dangerous selfies, this is one of the most memorable.

You may not recognize what the gentleman pictured is standing on, having only seen them from below – it’s one of the spires that sits atop a church in the Gothic architecture style.

Oh, and did we mention it’s 325 feet in the air? He has one hand on the camera and one hand on the spire, but that looks like a fairly thin piece of metal – if that thing snaps off, that’s a very long way to fall. 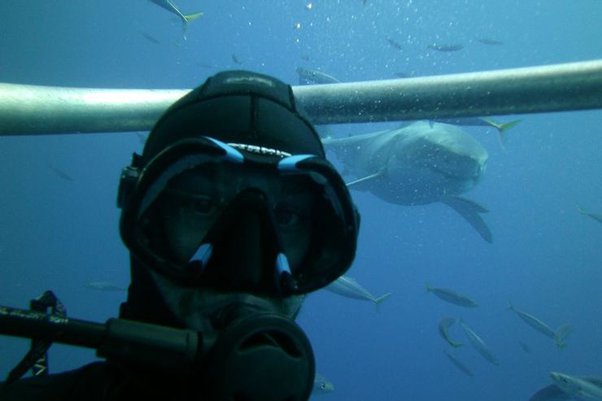 The man in this shot is all geared up for underwater adventures, but he doesn’t seem to spot the huge shark lurking behind him in the shot.

Sure, maybe he’s a friendly giant who just wants to photo-bomb a silly human. But at the same time… all we can hear is the Jaws theme tune. And we all know how that turned out.

2. Stay Away From Wild Animals …And Even “Tame” Ones 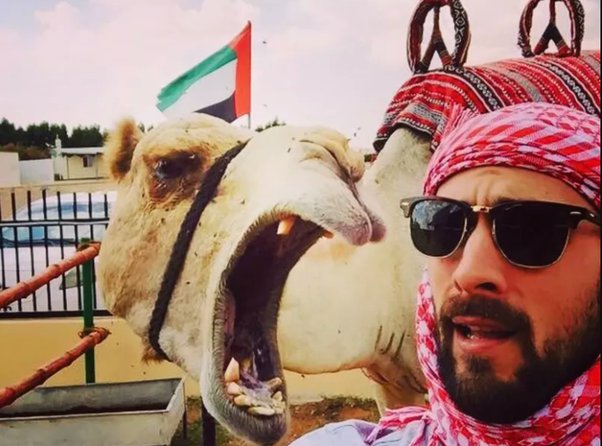 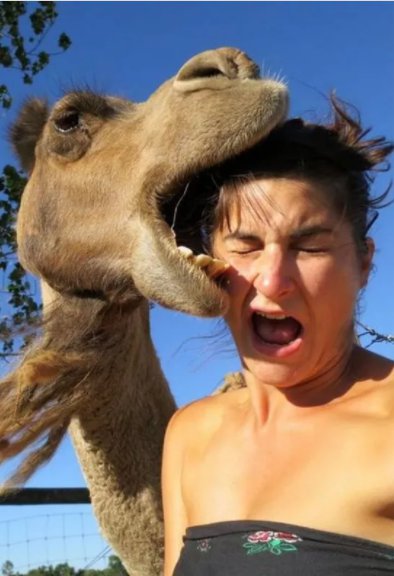 She learned the hard way.

Do you know how many people in the world have died due to selfie incidents? 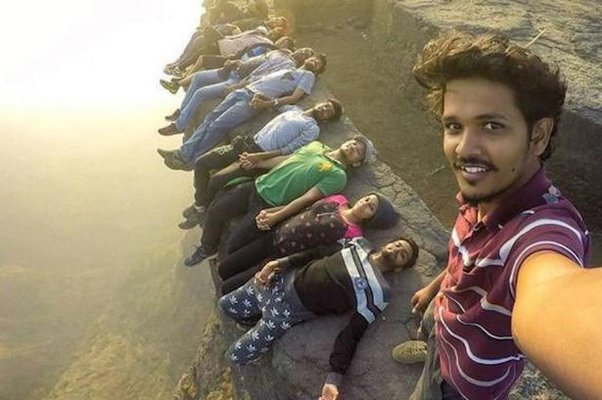 Disclaimer : PLEASE DO NOT TRY ANY OF THESE ANYWHERE!

Related Topics:featuredThe most dangerous selfie ever taken
Up Next

The most heartbreaking facts.