Italy’s Lamont Marcell Jacobs, the winner of the 100-m race at the 2020 Tokyo Olympics is now the world’s fastest man,  taking the spot held for the past 13 years by the now-retired Usain Bolt.

Jacobs won the Olympic 100-m sprint on Sunday evening in Tokyo in 9.80 seconds, earning him the coveted title of “world’s fastest man.” Jacobs is the first Italian man in history to win the 100 m. 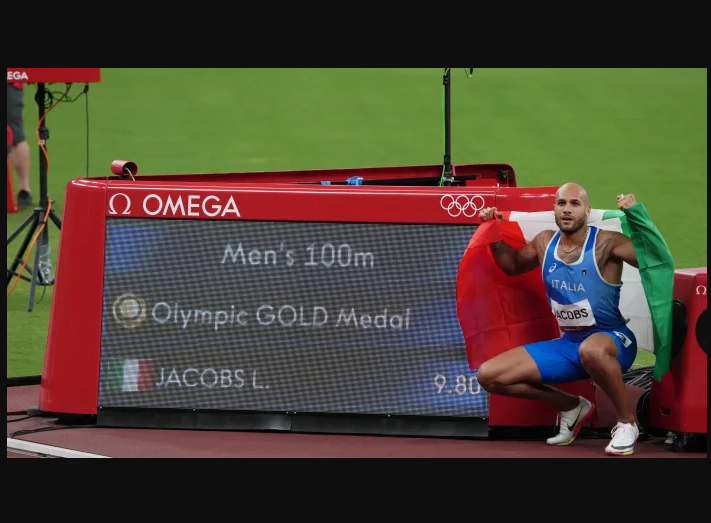 Fred Kerley of Team USA won the silver medal, in a time of 9.84 seconds. Andrew De Grasse of Canada took bronze in 9.89.

“It’s incredible,” the 26-year-old said in English after the race. “My real dream is arrive here and run a final. We run a final and we win a final. It’s amazing. I have no words (to) describe this moment.”

The son of an American father and an Italian mother, he was born in El Paso, Texas but moved to Italy as a young boy when the U.S. military transferred his dad to South Korea.

Former world’s fastest man, Usain Bolt,  won three straight Olympic golds in the 100, and his world record of 9.58 was set at the 2009 world championships.