Morocco boxer Youness Baalla channeled his inner Mike Tyson  as he made an attempt to bite New Zealander David Nyika during their heavyweight fight at the ongoing Tokyo Olympics.

During the third and final round of the fight, Baalla engaged in a hold with Nyika and appeared to attempt a bite to Nyika’s ear, recreating the incident of when “Iron Mike” took a bite out of Evander Holyfield’s ear in 1997. 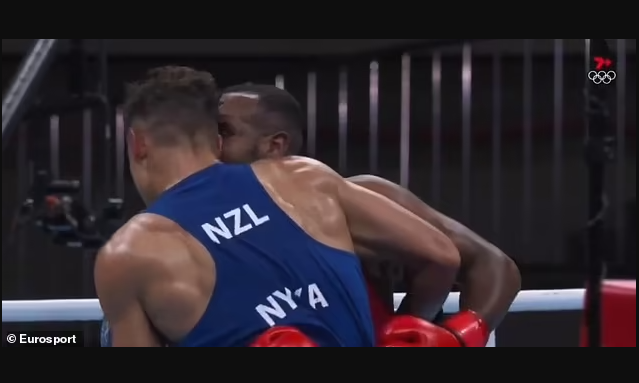 Baalla avoided being disqualified, with the referee appearing to miss the incident but was eliminated as Nyika claimed the victory.

Two-time Commonwealth Games gold medallist Nyika overcame that shameful incident to keep his composure and pick up the win on his Olympics debut. 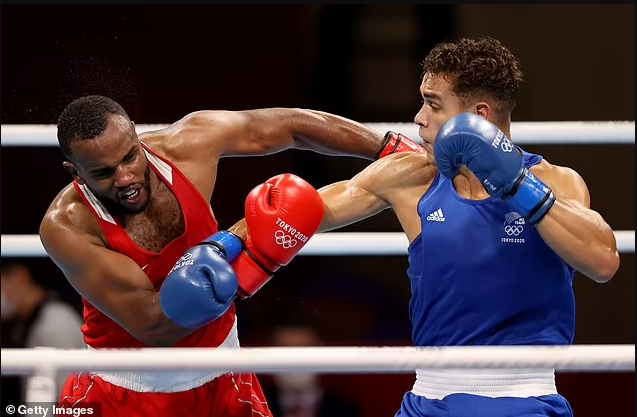 Nyika complained to the referee but Baalla somehow escaped any punishment before going on to drop a unanimous points loss.

‘I’ve always backed myself and backed the people around me to lift me up,’ Nyika said after the fight. ‘I know I am capable of great things. I have every intention to be towards the top of that podium.’