NBA star, Tristan Thompson has been accused of cheating on Khloe Kardashian again.

Hip-hop podcast host, Adam22 interviewed 4 girls, who call themselves The Blackout Girls, on the No Jumper podcast. The interview eventually turned to sexual experiences they had recently. 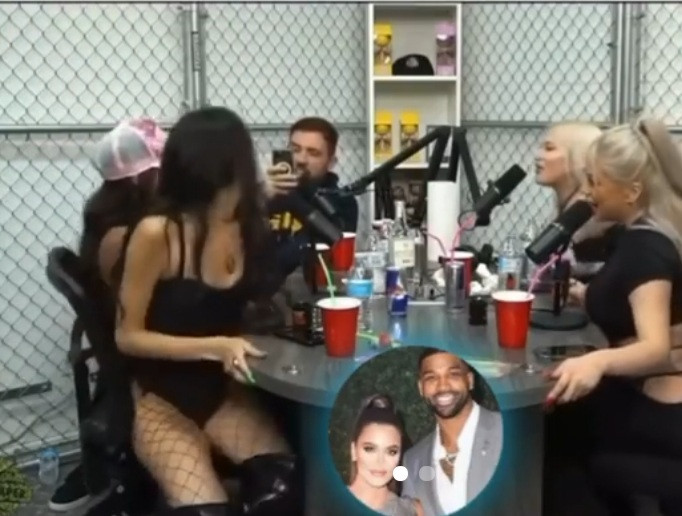 stillshot from the interview

During the conversation, one of the girls, Hayden, turns to her friend, Sidney, to ask a question.

She says, “How was Tristan Thompson’s di-k?”

Sidney then goes on to spills details of her alleged hookup with Thompson.

Sidney also claims she, “talked and hung out” on multiple occasions with Tristan.

One of the friends asked Sidney when the alleged encounter took place and Sidney said she believes it was in January or February.

She claims to have asked him if he was really single and she says Tristan told her he was single and ready to mingle.

Sidney claims she eventually ended things between them.