Video: I Don’t Have A Womb -Nanayaa Brefo Shockingly Reveals

Celebrated broadcaster, Nana Yaa Brefo Danso has revealed how she has had to live without a womb for about 13 years now.

In a chilling expose Anopa Bɔfoɔ on Angel 102.9FM hosted by Captain Smart, the versatile broadcaster said she stands no chance of giving birth again because she has no womb.

Nana Yaa Brefo made this shocking revelation while speaking to the issue of medical negligence in Ghanaian hospitals which has led to the loss of several lives.

Director of the Ghana Institute of Languages, Dr Emmanuel Kuto, whose wife lost her life at the Greater Accra Regional Hospital (GARH), Ridge Hospital, was the first guest to comment on the issue of medical negligence.

He revealed how Doctors at the facility who were working on her sick wife offered her wrong medication which led to her unfortunate demise. 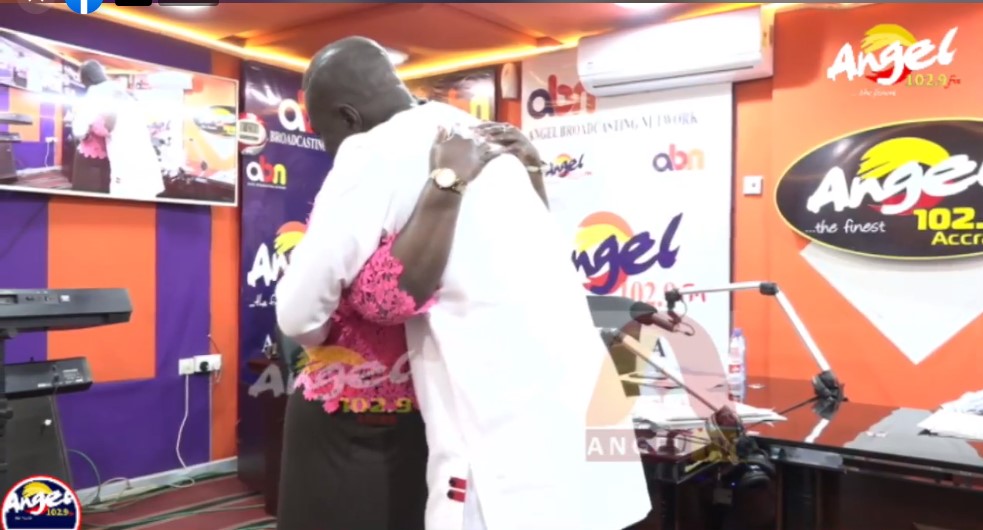 Dr Kuto further revealed that following the airing of his sad story, authorities at the hospital have called him into a meeting.

His story is similar to that of Mustapha Muhammad who lost the wife at the same facility somewhere last year when she had gone to deliver her first born.

According to him, the medical officers at Ridge Hospital later accused him of failing to provide the needed medicine for the surgery.

“And this is not true…,” he told Captain Smart.

“Do you know that as I sit here, I am like you, there is no difference between you the man and me sitting here. What makes me a woman is missing, I have no womb…yes, I have had to live without a womb for 13 years…,” she revealed on the show.

Host of the show, Captain Smart could not believe his ears as he joined Nana Yaa to shed tears.

“I almost died at the time…I got to a time that I found it difficult to even walk, I lost that baby because of this negligence and I stayed in the hospital just to take care of the baby I lost.

“I also died on the surgery table and my womb had to be taken that day otherwise I would have died that day…,” she added.

Nana Yaa further revealed that she had to wear catheter as a result.

Watch Nana Yaa narrate how she lost her womb below: