Why Men Are More Likely To Cheat In A Relationship.
Advertisement

‘We gave our daughter a unique name – then I realised my husband had tricked me’.

I rejected monthly pay of Ghc18,000 from Ford to start my own company - (Video).

Widow shares tragic story of how she was laid off from work while battling spinal cord injury.

Studies routinely find that men are more likely to cheat on their partners, commit sexual misconduct, and act recklessly when it comes to sex. Why have men evolved to be more sexually impulsive, and can we learn to change our ways? 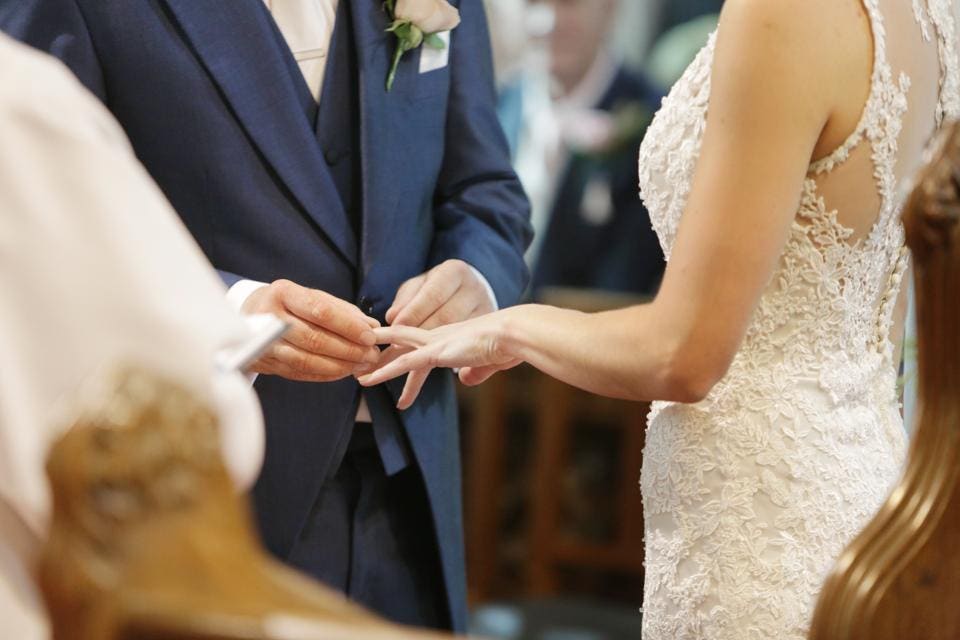 Couple getting married. Infidelity continues to be the one of leading causes of divorce. (Getty… [+]

While 20% of men have reported having extramarital sex, only 13% of women report sharing this experience (and much of this behavior, on both sides, likely goes underreported). Women are also double as likely to experience some form of sexual violence over the course of their life. Such reprehensible behaviors may be the products of the evolutionary history behind the male sex drive.

Evolution, biology, and the platitude “boys will be boys” do not excuse poor and inconsiderate decision-making. But there are biological factors (as well as numerous cultural factors) that may make men more likely than women to act upon their sexual impulses. A stronger understanding of the origins behind this gender difference can help us address and prevent such shortcomings as our society continues to change.

Although this is obviously not true of all men, on average, a male’s brain is, evolutionarily, more primed towards sexual conquest.

The Birds And The Bees

The image of the male as the more promiscuous seems nearly universal in the animal kingdom, although there are some exceptions, such as the female pipefish which actively courts the male.

The explanation behind the behavior differences of the sexes has been accepted for a long time: since females birth and nurture the children, they must invest more in finding a worthy mate. Males, on the other hand, are incentivized to spread their sperm as far as possible.

Despite popular misconceptions, humans are not the only monogamous creatures, and in fact, the majority of human cultures actually practice polygamy (both polygyny, the practice of having many wives, and polyandry, the practice of having many husbands, are common throughout history). On the other hand, many birds and even our close relatives the gibbons almost always partner for life.

Over the course of evolution, our style of social organization has affected our sex lives and thus our anatomy. For us, monogamy is a recent invention– the earliest human ancestors likely lived similarly to chimpanzees today, in large multi-male, multi-female groups. This organization is the optimal strategy for a species on the move. Meanwhile, primates with one dominant male and many females, like Gorillas or Orangutans, typically have the male defending some piece of valuable territory for his harem.

The Race Of The Sperm

Our ancient, polygamous male ancestors thus had to compete with each other to father the most children. One consequence of this was “sperm competition,” wherein males evolved larger and specifically shaped penises (ours are the largest of all the apes) in order to ensure that their sperm were the ones that made it.

Men also evolved to produce more sperm, leading us to develop relatively large testes. Since the birth of monogamy in humans, however, our testes may have somewhat shrunk, while chimps, still in their harems, have maintained the largest testes of all apes (not surprisingly, the purely monogamous gibbons have the smallest). Nevertheless, our larger testes mean more sperm and a brain more interested in delivering those sperm.

Women, in turn, transitioned from the nearly universal in the animal kingdom “estrous cycle” (where a female is perceivably “in heat” for a short period of time) to the “menstrual cycle.” The cycling hormones of the menstrual cycle may make the woman more open to sex regularly (at least compared to the estrous cycle), and it is not obvious to the male when she is fertile.

In doing so, the ancient woman may have provided more frequent sex to her male partner (without him knowing if she is fertile) and thus convinced him into providing resources for her and the children. In other words, some scientists believe menstruation coincided with the birth of monogamy and partnership in child-rearing (or at least alimony). Others even argue that humans evolved to walk on two legs in order for males to carry food in their freed arms to nursing females. Yet others believe monogamy is much more recent, and evolved in order to protect against STDs with the growth of large groups. All these theories, however, remain controversial, even after decades of debate.

Nevertheless, the invention of monogamy (or at least, lifelong, single partnerships) may have led to an “evolutionary dissonance” of sorts: men had evolved for millions of years to seek lots of sex with many partners, while women now expected a partner for life. The introduction of cultural and social norms placed even more constraints on sex. In turn, some men have decided to engage in infidelity, and even sexual misconduct, in order to satisfy their basal desires.

Can Brain Keep Up With Phallus?

Obviously, the phallus was not the only organ to grow over the course of our evolution; the even greater growth of our brain has helped to prevent us from acting on our impulses.

However, this vast expansion of our brain, partnered with a narrowing of our hips in order to stand upright, forced human babies to have to be born with exceptionally small brains just to fit through the birth canal. We are the only primate to undergo two-thirds of brain growth in the two decades after birth. This trend, in turn, created the uniquely human period of “adolescence,” where our bodies are fully functional, but our brains are not.

Often times, the hormones and sex drive of puberty arise in males before the full development of the decision-making portions of the brain. Partner this testosterone surge with alcohol or drugs, and unfortunate crimes, such as sexual assault or rape, are more likely to ensue. Such teenage recklessness demonstrates the dangers when sex drive overpowers ratiocination.

In other words, it is likely that males have evolved to want more sex than they often get in single partner relationships, while young men can develop their sex drive before their full powers of decision-making. When sexual impulse overruns the more the recently-evolved rational and empathetic portions of the brain, some men can be driven to act on their desires without consideration for others, resulting in adultery and other forms of sexual misconduct.

The male libido (and female acquiescence to it) may be more ancient and hard wired into our brains than our recently evolved “higher intelligence,” but that doesn’t mean it has to be more powerful.

We have come a long way from our primal ancestors on the African Savannah. Just as the majority of us have evolved to value monogamy, bodily autonomy, and empathy, so too can we teach ourselves to overcome even our most hard-wired sexual impulses.

In order to prepare our children for the complex interactions of the modern world, we must instill in them respect for contracts, like marriage, and for the rights of others, and instruct them on how to think with their brains, evolution’s greatest endowment to us. In doing so, we pass on behaviors that will help future generations thrive, as our ancestors did for us.

Instead of Saying ‘I’m Sorry,’ Try This.