Woman narrates how her jealous neighbour and her man disfigured her face with acid because she thinks she's 'too beautiful '.
Advertisement

A woman who suffered burns on 15 percent of her body, after her neighbour connived with her baby daddy to pour acid on her, is asking for justice.

Ivie narrated how a woman named Nora contacted her to buy things from her. From there, they discovered they were neighbours in Cameroon and Nora tried to be friends.

However,  Ivie said she didn’t want a friendship and wanted to keep it strictly business.

According to Ivie, this angered Nora and she then created fake accounts to spread lies about her and her family. 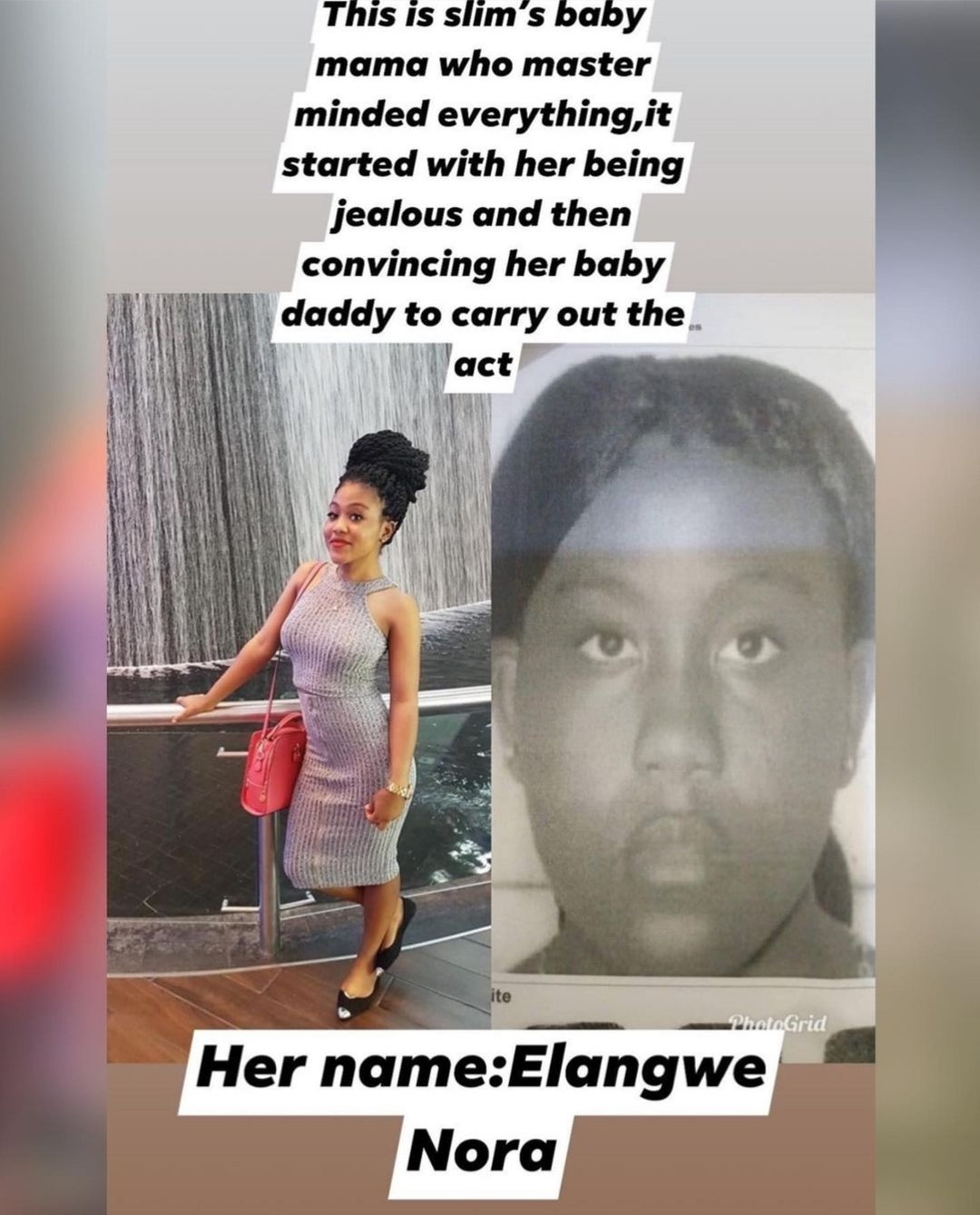 She later discovered from Nora’s friends that she’s the one behind the account and when Nora refused to stop, Ivie said she sent a letter to Nora’s baby daddy, Slim. 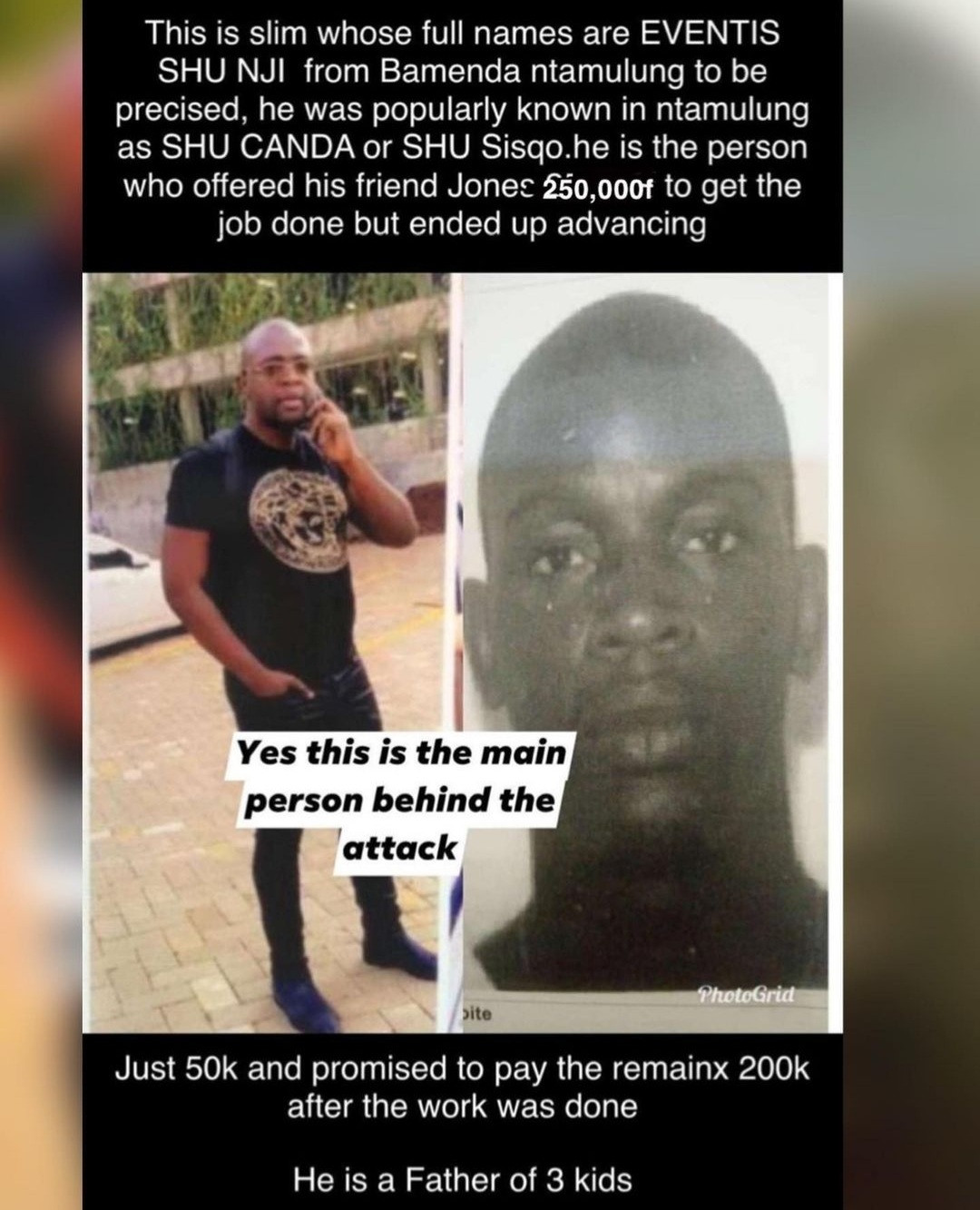 She said she had no idea they were in it together and they tore the letter and posted the video to the same account Nora claimed she knew nothing about.

Eventually, Ivie said Nora managed to convince Slim to disfigure her so that she will stop feeling too proud.

Ivie claims Slim paid mercenaries to pour acid on her.

The alleged mercenary, Tabe Jones, allegedly hired someone to do the dirty job. 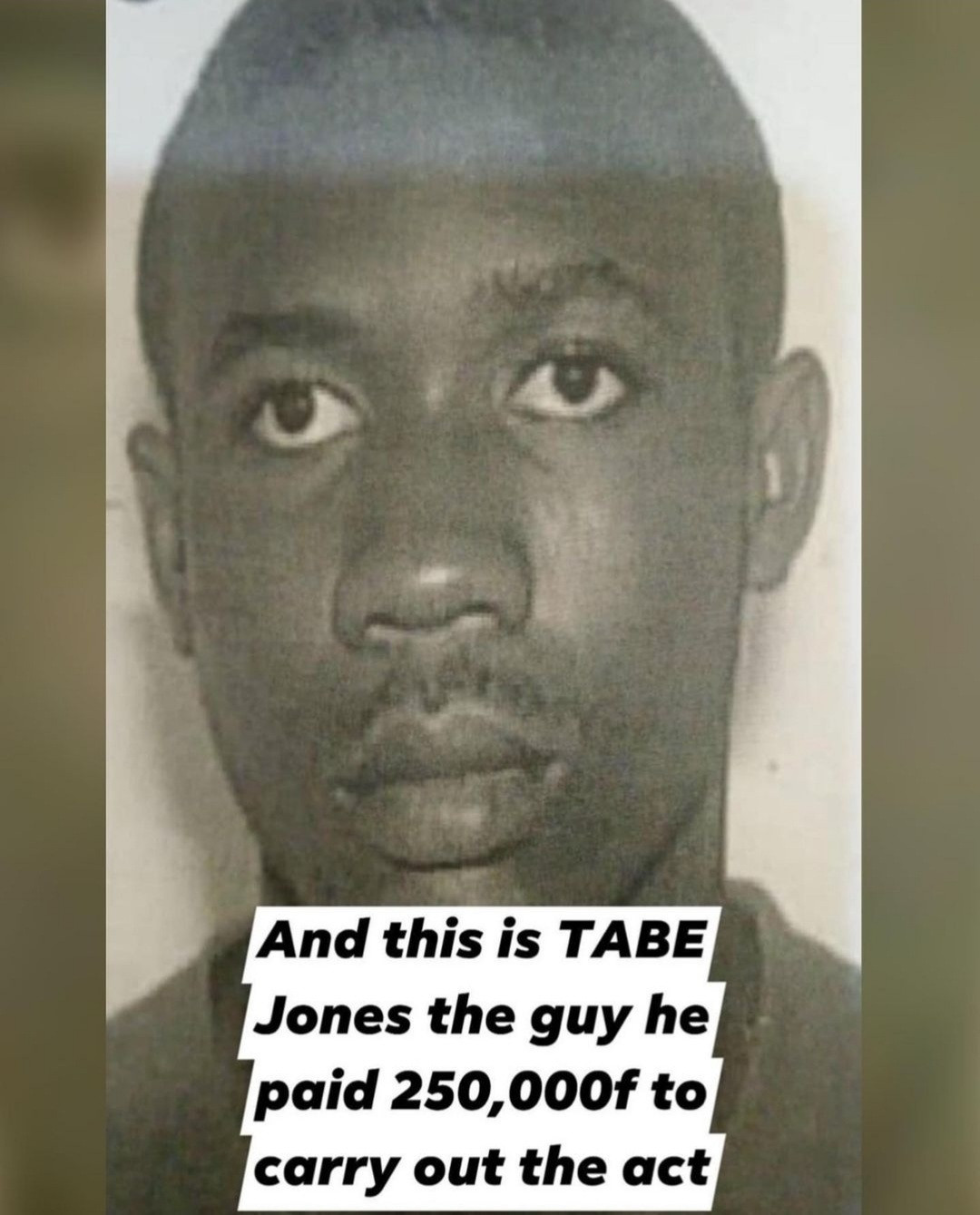 She said she was attacked and acid was poured on her face, chest, and arm. She suffered burns to 15 percent of her body and had to be admitted to the hospital. 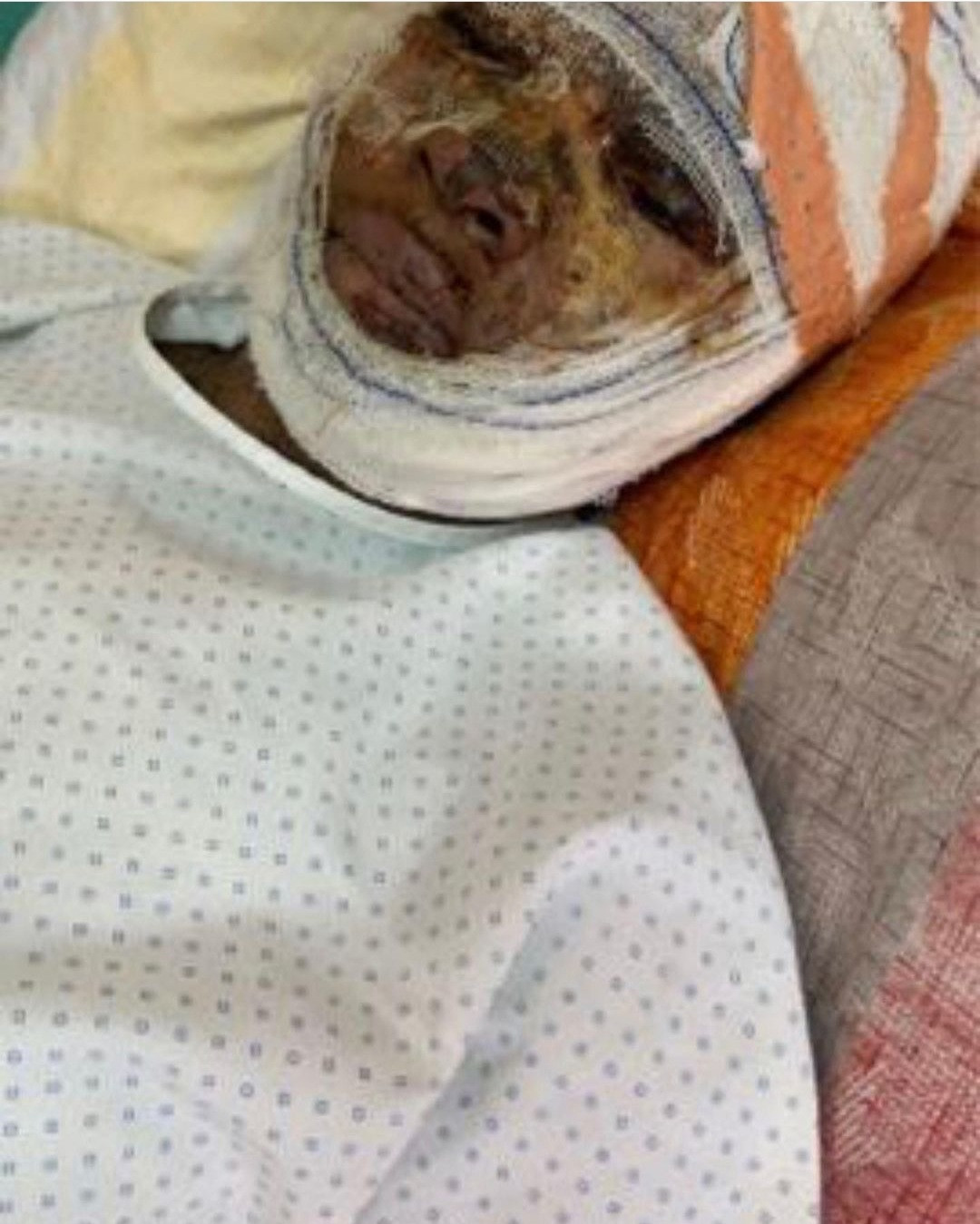 She has undergone 3 surgeries to repair her left eye and face, and has to undergo three more. 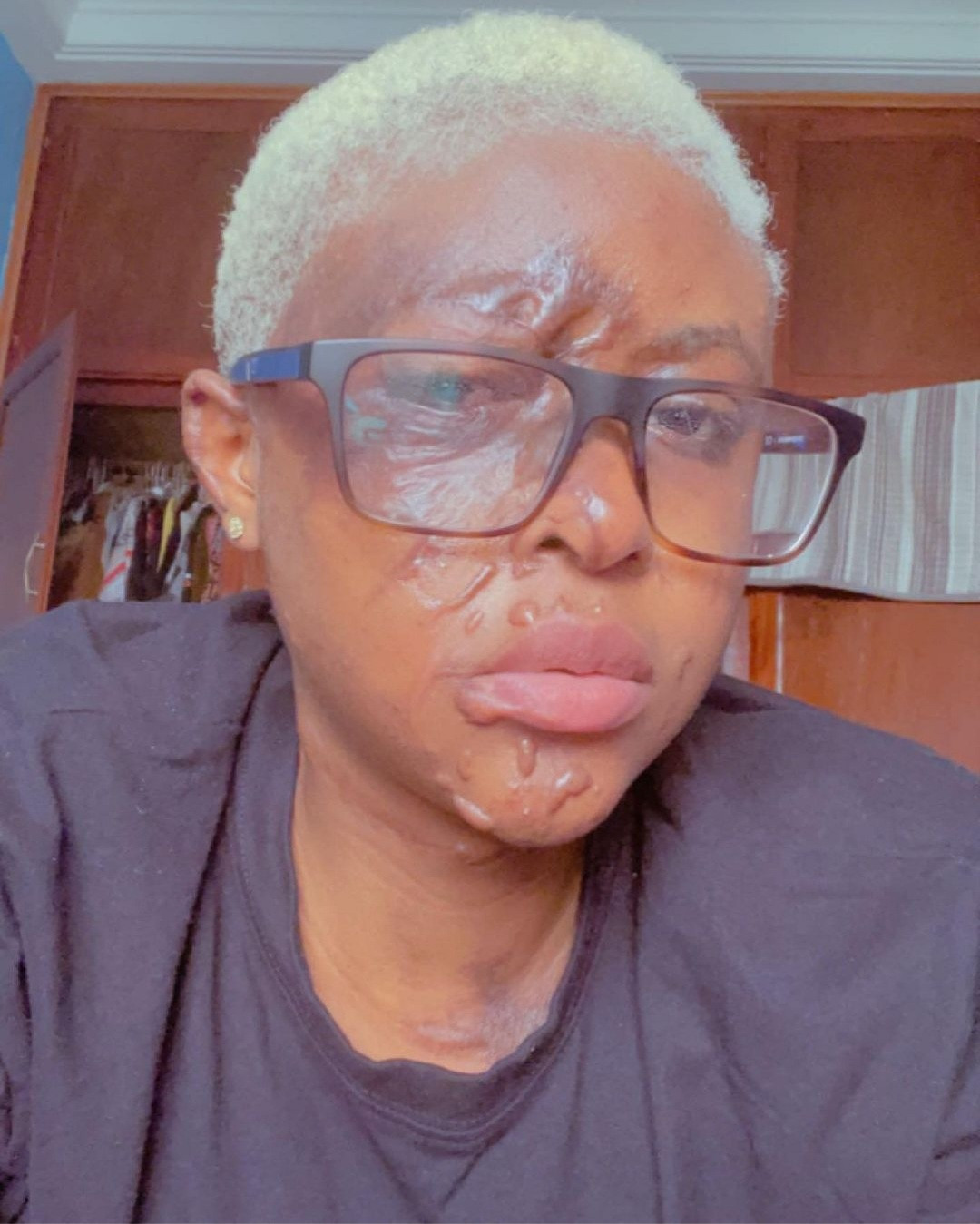 She said she contemplated suicide but has now accepted her life.

She added that only the man who poured the acid was caught. 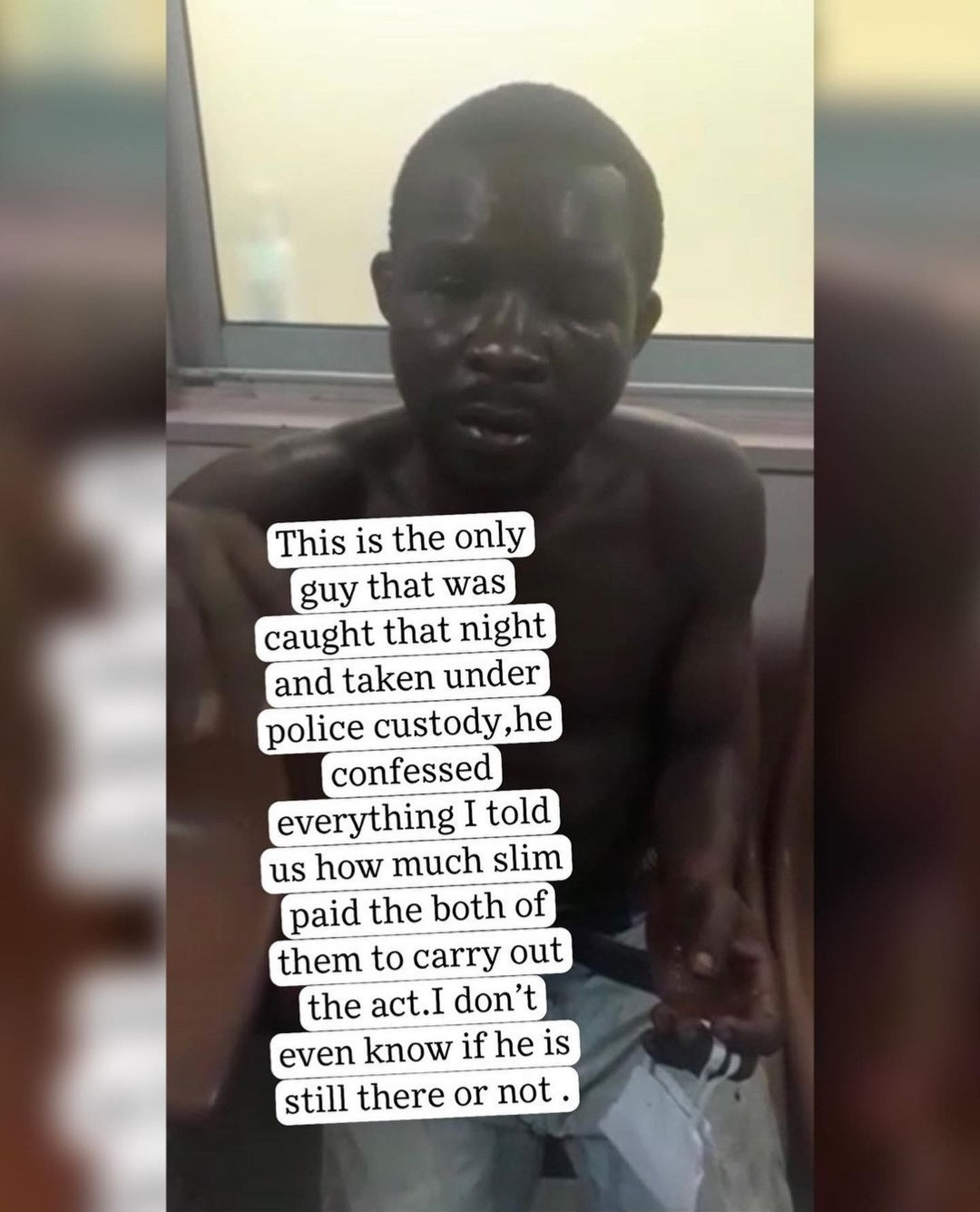 She said Nora, Slim, and Tabe Jones are on the run.

She claimed Slim is hiding in Congo or Kenya according to reports while Nora and Jones are hiding somewhere in Cameroon. 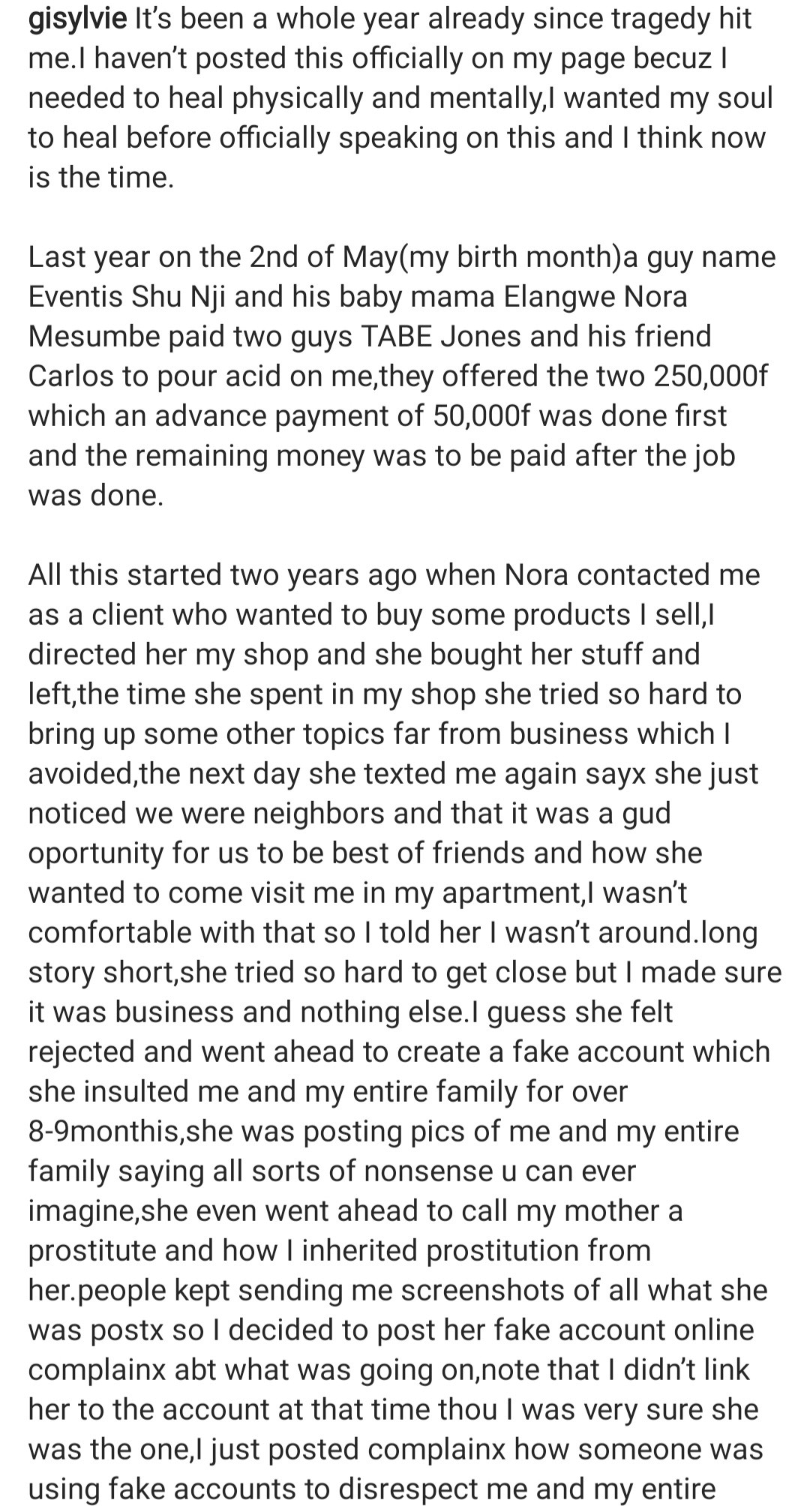 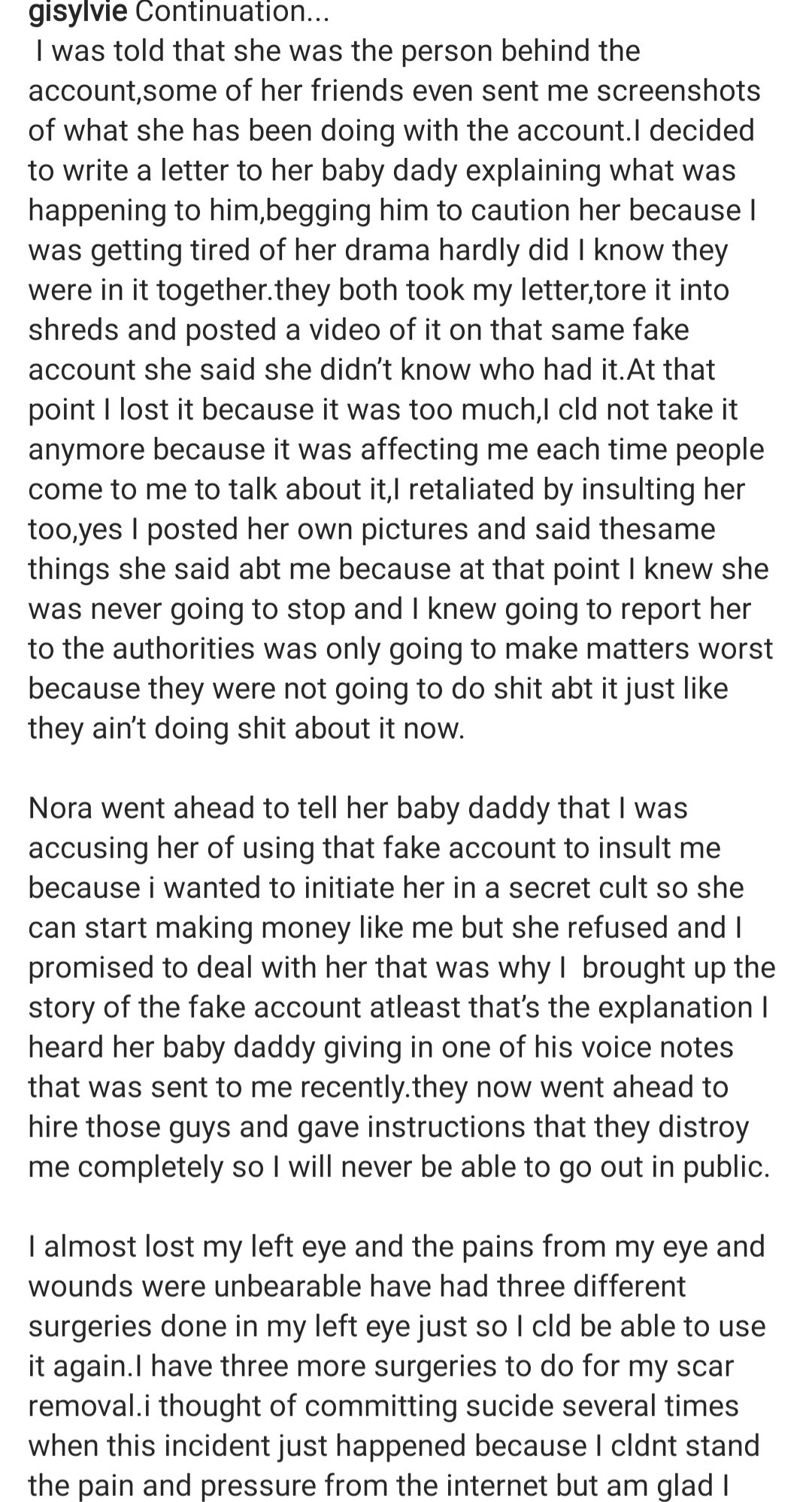 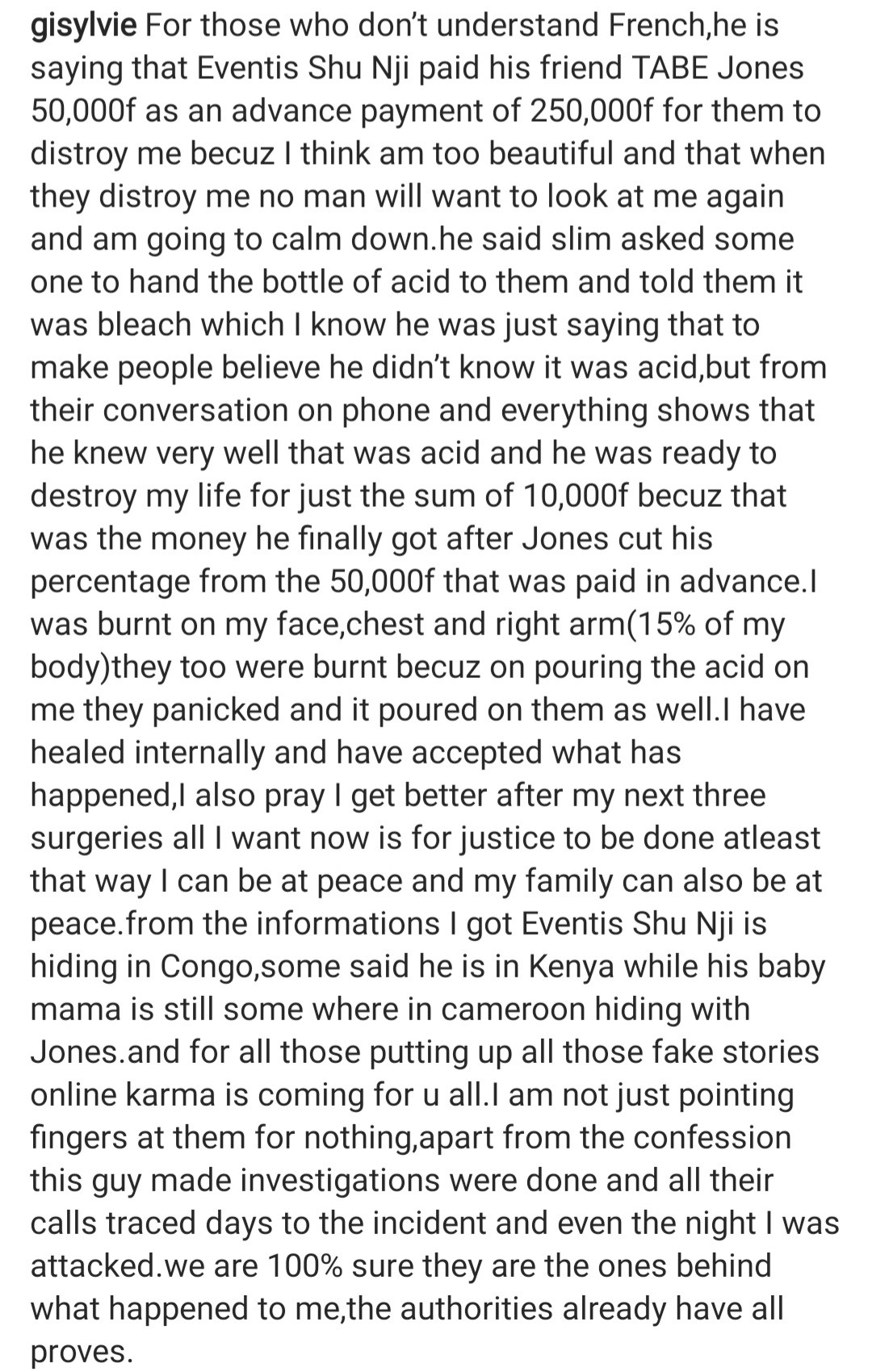 Don’t Sow Seed To Any Pastor When You’ve Not Taken Care Of Your Mother – Prophet Kofi Oduro (Video).