‘We’ll Pay Your Rent In Our 2nd Term’ – Nana Akomeah To Youth.

What else can't Akufo-Addo do after a successful Free SHS program? - Adeiso chief asks

Mahama is a thief, he stole Ghana's money to pay for his brother's Debt- Wontumi

I’ll build a nation of opportunities for all – Mahama

Kennedy Agyapong For The First Time Opens Up On His Presidential Ambition - [Watch Video].

Only The NDC Can Make Life Better For Ghanaians - Mahama.

As Ghana heads for the 2020 polls, several players are leading the fort for various political parties and influencing how young people participate in the elections.

From involvement in the National campaign to being a part of manifesto teams, political parties have fervently identified the crucial role young people deserve on the tables of planning the future of the country.

With the majority of the voting population being the youth who are also considered as the most active players on the campaign trail, the times when the efforts of young people were undermined are slowly closing.

Former President Jerry John Rawlings became a head of state at 32 and since then various young people have been elected as Parliamentarians and others appointed as, District Chief Executives, Ministers, CEOs amongst many other positions.

The political journey, in this 4th republic, for young Ghanaians has been phenomenal and remarkable. Also, taking our minds back to the works and influence of the Young Patriots during the first republic, we can easily say young people have always been an integral part of the success of any government in Ghana.

Even as social media becomes the main platform for the activities of campaigning during this global pandemic, some young people have demonstrated sterling leadership in carrying out their works with determination, intelligence, foresight, optimism, charisma and exuberant confidence coupled with great communication skills.

This article seeks to outline the young people who have become frontline role models for other young politicians in Ghana. From running for office as members of parliament to being members of the national campaign team, these young people have proven beyond doubt that politics and running a nation is not a job for only older people.

With representation from the 2 major political parties in Ghana and a good dose of gender parity, below are the young Ghanaians influencing the upcoming 2020 elections.

Amanda Okyere is National Democratic Congress (NDCs) Parliamentary Candidate for the Suhum constituency in the Eastern Region. At 27, She is one of the youngest candidates in the country running for office to become a member of parliament. Her biggest task is to redeem the sit back for the NDC party, an attempt which has been unsuccessful by several former contenders.

Bernard Oko-Boye is the current Deputy Minister of Health and member of parliament representing Ledzokuku on the ticket of the NPP. He is a known communicator of the party and is running for a second term in 2020. His position offers him the platform to sell the works and accomplishment of his party in the health sector and beyond.

Davis Opoku Ansah popularly known as OPK is a first-time contender for the seat of the Member of Parliament representing the Mpraeso constituency in the Eastern region on the ticket of the New Patriotic Party (NPP).

He successfully defeated the incumbent in his party primaries with sterling performance and is vigorously campaigning to increase the vote margin for his party in his constituency. He served as Director of Communications, then later as Director of Operations for the Alliance for Accountable Governance (AFAG).

Edem Agbana is the deputy National Youth Organiser of the opposition NDC and the party’s manifesto spokesperson on Youth Development. Emerging from a background of student politics after serving as the SRC president in the University of Ghana, his experience in the campaign front is such admirable.

Lawyer Edudzi Tamakloe is a member of the NDC’s legal team and popular spokesperson for the party. His role in the election is evident as to the number of cases the party has to go through. His leadership in the party is also inspiring other young lawyers to join the campaign trail to share the messages of their various parties.

It is unsurprising to see Farouk Mahama step into the soldering shoes of his late father, Aljahi Aliu Mahama, former Vice President of Ghana. With the influence he holds through his family’s track record, he won the primaries in Northern Region to represent the people of Yendi in parliament on the ticket of the NPP. His win will be another endorsement for the role young people deserve to play in national politics.

Felix Kwakye Ofosu is a former Deputy Information Minister and currently aspiring to be a Member of Parliament representing the Abura Asebu Kwamankese constituency on the ticket of the NDC. He is also a known communicator in the party representing them on several media channels to sell the manifesto and messages of the party.

Francisca Oteng-Mensah is currently the youngest member in Ghana parliament representing the Kwabre East Constituency on the ticket of the NPP. She currently holds the role as Board Chairperson of the National Youth Authority. Her role in the constituency is quite admirable and she has set a great example for other young politicians to follow in the country.

Lawyer Henry Nana Boakye is the current National Youth Organiser of the NPP and a strong pillar in the campaign team projecting the works of the ruling government. His role as the leader of the youth of the party allows him to influence the daily activities of the youthful campaign movement of the NPP. He is known to be a formidable influencer among young people in the party and is consulted widely on the role of young people in retaining his party in power.

John Dumelo is an actor, entrepreneur and politician currently aspiring to be a Member of Parliament on the ticket of the NDC in the Ayawaso West Wuogon. He stands tall as the most followed politician on social media and has been able to use the various platforms to project his campaign activities which have gained admiration across his fan base. 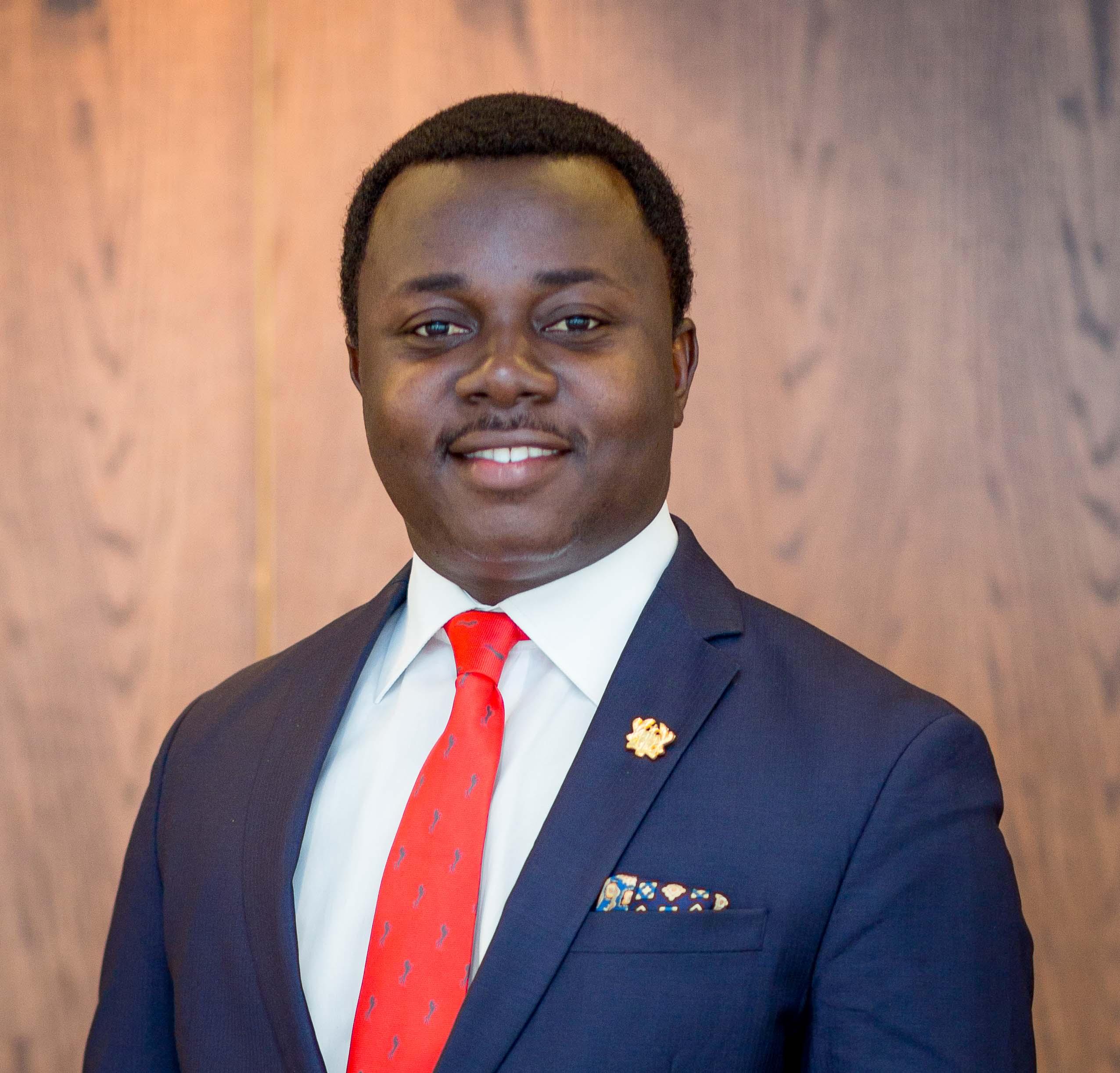 John Ntim Fordjour is a pastor and currently Member of Parliament representing the Assin South constituency on0 the ticket of the NPP. He is currently running for his second term.

Julian M. Cobbinah is currently the youngest member of the NDC’s national campaign team. As a former president of the National Union of Ghana Students (NUGS), Julian’s influence transcends among various national student bodies across the country.

Kojo Oppong Nkrumah is the current Minister for Information and Member of Parliament representing the Ofoase-Ayirebi constituency on the ticket of the NPP. As the official spokesperson of the ruling government, Kojo has attained enough recognition and admiration from young people across the country. Contending for the second time, it is expected of him to make an impressive record by increasing his vote margin.

Lawyer Kow Essuman Esq. is an assistant secretary and counsel to the President of Ghana and a core member of the communication team assembled to execute the 2020 campaign of the NPP. His actions are expected to reflect in the social media activities of the president and NPP. He is currently a board member of the Minerals Income Investment Fund and was voted as the Most Influential Young Ghanaian in 2017 in a ranking poll by Avance Media.

Dr Prince Hamidu Armah is a former lecturer and the current head of the National Council for Curriculum Assessment. He is an aspiring member of parliament for the Kwesimintin constituency for the NPP after defeating the incumbent at the party’s primaries. His national position offers him the opportunity to market himself and his potentials to his constituents.

Sammy Awuku is the current National Organiser of the New Patriotic Party and the board chair of the Youth Employment Agency. His position offers him influence as the director of activities across the country in regards to how the ruling party fairs in the upcoming election.

Lawyer Sammy Gyamfi Esq. is the Communications Director and official spokesperson of the opposition NDC. As the youngest member of the national executive, Sammy’s role in the NDC offers him the platform to influence daily communication strategies of the party.

Sam George is the current Member of Parliament for the Ningo Prampram Constituency representing the NDC and the spokesperson of the NDC’s manifesto on Infrastructure. He is also running for a second term on the ticket of the NDC.

Sam Okudzeto Ablakwa is a Deputy Minister and the current Member of Parliament for the North Tongu constituency representing the NDC. He is very outspoken on various national matters and represents the NDC on various panels to tout the achievements and accomplishments of his party and why they should be given a second chance.

Sarah Adwoa Safo is the current Minister of Procurement, Majority Chief Whip and the current Member of Parliament and candidate for Dome Kwabenya constituency representing the NPP. Her role in the party extends beyond her accolades to have been the face of youth leadership in politics. Her accomplishment stands tall and she represents her people with applauds from her constituents.

Vincent Ekow Assafuah Jnr is the current PRO of the Ministry of Education and aspiring Member of Parliament for the Old Tafo constituency on the ticket of the NPP.
Article authored by Prince Akpah, Managing Director of Avance Media