The Ranking Member of the Health Committee of Parliament, Kwabena Mintah Akandoh, says further investigations by the Minority Caucus have revealed that the government spent another GH¢109 million on coronavirus vaccines without Parliamentary approval.

“There’s another leg coming up because about GH¢109 million has been paid and that’s got to do with #COVID19 vaccines. That was captured in the midyear review budget but it did not come to the House.

“I’m a ranking member of the health committee so I would have known or seen it but it is not anywhere in the House. They did not bring it to the House,” he told Nana Aba Anamoah on Starr Chat Wednesday.

The MP’s claim is captured in the mid-year review budget.

The claim comes in the wake of the controversy surrounding the botched Sputnik V vaccines involving Health Minister, Kwaku Agyeman-Manu.

Commenting on the president’s reaction to the Sputnik V scandal, Mr. Akandoh said the president is making a mockery of Ghanaians.

“He is making a mockery of all of us. Such a serious matter that has engaged the attention of the entire nation and he is making fun of it. It’s sad that the President can do that.”

Addressing a gathering in the Bono Region Tuesday, the president who did not comment on the controversy directly said the minister is ‘currently receiving slaps from Ghanaians’ amidst laughter.

“There are a lot of people from the Bono Region in my government; including the Minister of Health, who is currently receiving slaps. He is an indigene of Dormaa. He has really suffered in that Health Ministry and is still suffering,” he said.

Mr. Agyeman-Manu is currently on a two-week leave.

Meanwhile, Sheikh Ahmed Dalmook Al Maktoum has accepted to refund $2,470,000 paid to him by Ghana for the supply of 300,000 doses of Sputnik Covid-19 vaccines.

In response to the Minister’s letter, the Sheikh said he will refund the money and asked the Ministry to confirm the difference for onward payment. 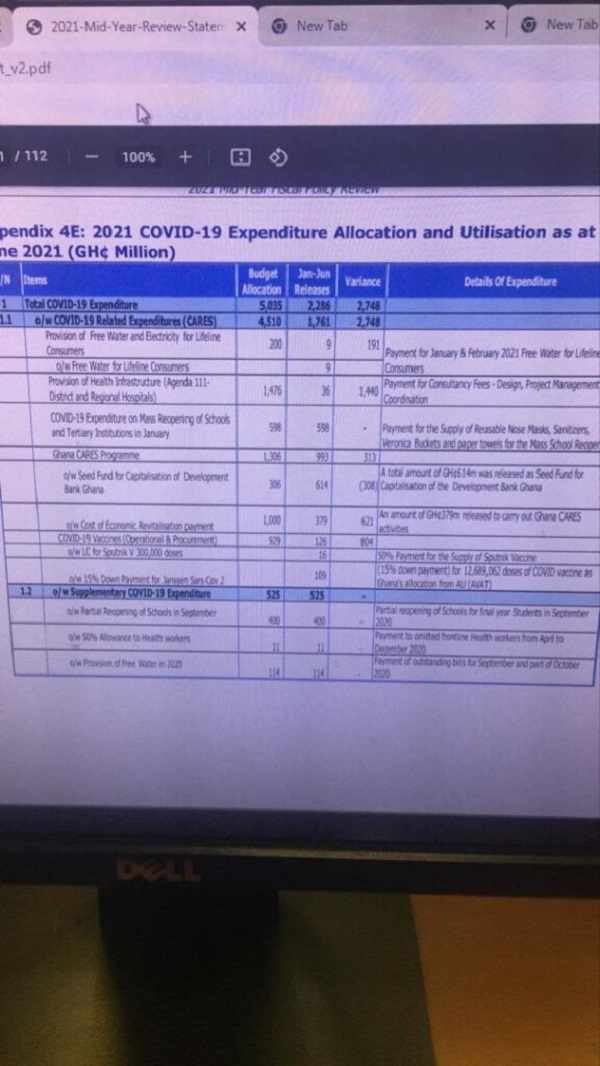